The Best Documentaries About Motherhood To Watch Online

This character of love-needs-rejection is something that intrigues us because of its level of influence in one's family life and also because of the inability to approach it from a single point of view.

That's why here on GuideDoc we bring to you memorable 10 films on motherhood.

What are the best documentaries on Motherhood to watch online? 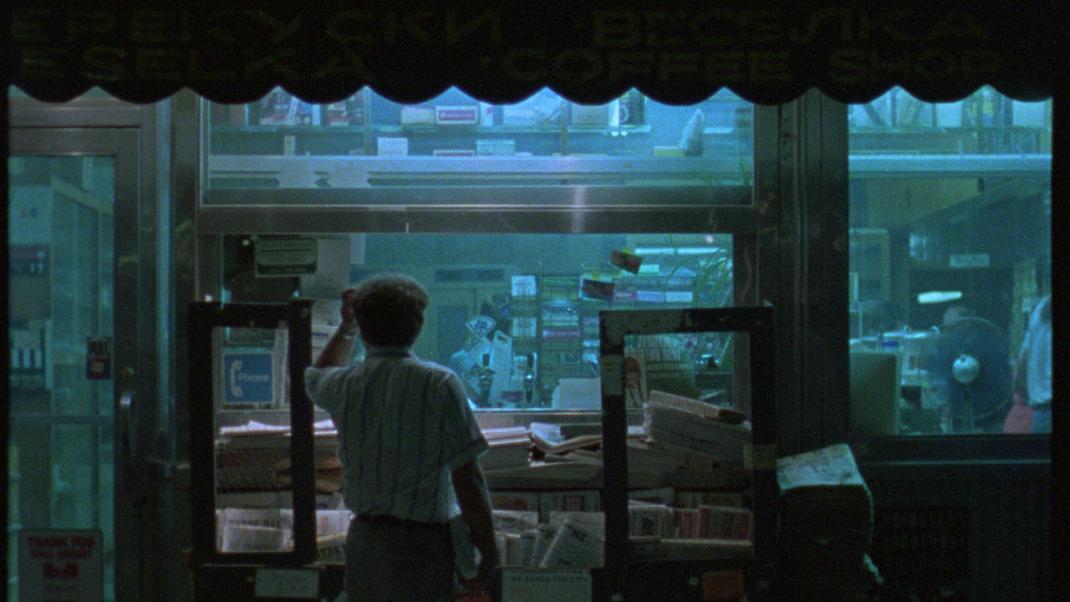 In Chantal Akerman's filmography of experimental films we see how the relationship with his mother changes with time in a clear and striking way.

In News From Home, Akerman shoots images of the streets of New York in the 70's, the city where she lived and studied filmmaking at the time, while we listen to her reading the letters her mother wrote to her from Belgium.

In the letters, she tells Akerman about the events in the family, how lonely she feels and how much she misses her. While, on the director's side, we never see an answer to that mother who constantly demands attention and news from her daughter.

This work, a kind of film essay in essence, is situated in Akerman's career as one of the clues that help us to understand how the extent this difficult relationship was decisive in her life.

After a miscarriage, Julia tries to understand and heal the loss of her baby. In her quest, she embarks on various paths that will help her find peace. Illy's death, her stillborn child, does not yet seem to materialize either in the civil registers or in her own soul, so she looks for answers and spiritual health.

In his mourning, reason reaches its own limit and sensations. Feelings overflow and take their place. Despite being the mother of three little girls, the absence of Illy, who would have been her only son, seems to accompany her still as strongly and as clearly as his sisters do.

This short film shows us the process of mourning as a ghost that can remain in the family environment every step of the way. In the midst of all this, a mother needs to let death go with the illusion that another life may be born. The film makes us wonder about those wounds in the family history of previous generations that keep repeating with unpredictable concecuences.

The need for travel and change in the life of Valerie Meikle, Clare's mother, always had more weight in her life than the fact of having to fulfill the roles that, being a mother, woman or couple, was expected of her.

Singer, painter, writer and marked by an indomitable adventurous nature, Valerie constantly changed places, continents, houses, starting from scratch in other countries and homes with their small children, which marked forever the life of her children.

Valerie is woman who apparently always had to let things go in order to reinvent herself, and perhaps this is the paradox proposed by the film: Can you make a decision as a woman, leaving maternity aside? Is being a mother always synonymous with sacrifices?

At the age of 11, Clare decides with her brother and father to go and live in the city and her mother decides to live a rural life, in the Colombian Amazon. Since then, there were mutual feelings of abandonment, incomprehension and the inability to find a middle ground.

This is how this film is presented as an exercise to look at one another, mother and daughter. How a daughter looks at her mother separating her facets of mother and woman... how she admires and reproaches her equally, while we see Valerie, a woman with her lights and shadows, who decided to live her own way, her ideal of freedom. 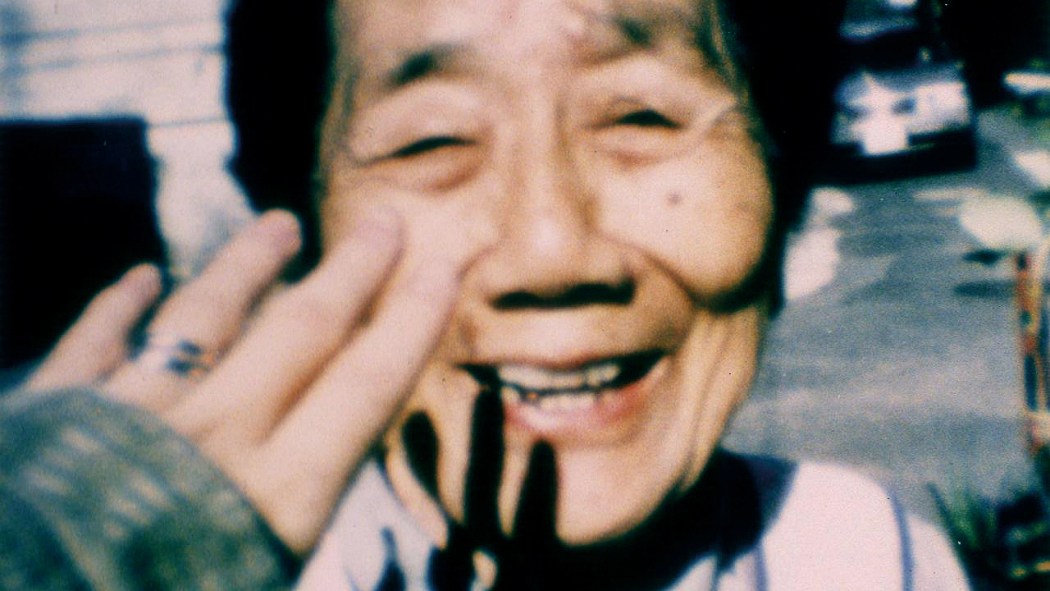 This is one of the first works of the Japanese filmmaker Naomi Kawase, presented as a small exercise of recognizing the world around her grandmother to immortalize her through the cinematic image.

Kawase's grandmother assumed the role of her mother since childhood. It is a relationship that is tender and naive at the same time. Naomi observes everything through the lenses of a film camera that she has in her hands.

She looks at the nature that surrounds them. The flowers, the sun, the small details that make up her daily life, sources of natural lights that bathe the spaces of her house. She also shoots something as simple as her grandmother doing the gardening. Thanks to cinema, Kawase says things to her grandmother that in another context she wouldn't say. 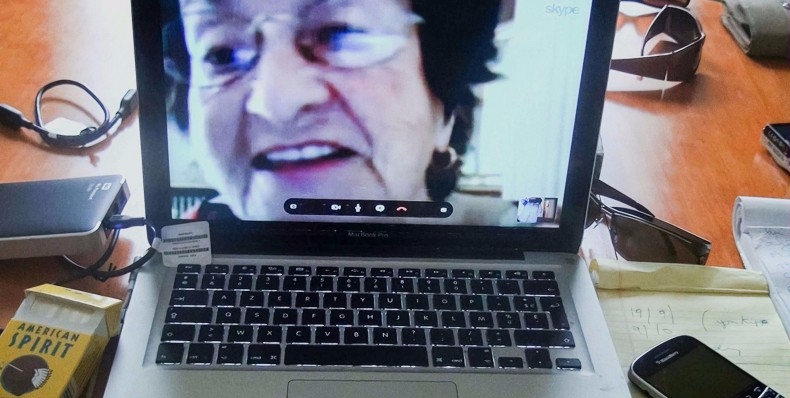 Chantal Akerman reappears in this list with this shocking film where the director films the decline of her mother's life, and her attempt, at times desperate, to retain every moment that can still share with her.

We see and feel the progression of Akerman's mother's imminent departure, and also the filmmaker's rising level of despair.

Unlike News From Home, here any contact with her mother is material to be filmed to ask questions, to share and immortalize everything in the moving image. If they are in the distance, Akerman resorts to technology and records the conversations over Skype. If they are together in Belgium, everything they share is filmed, even the seemingly banal and uncomfortable moments of agony.

A month after her mother's death, Chantal Akerman committed suicide, and in this decision she lets us see to what extent her mother was her only link to what she considered home.

When People Die They Sing Songs 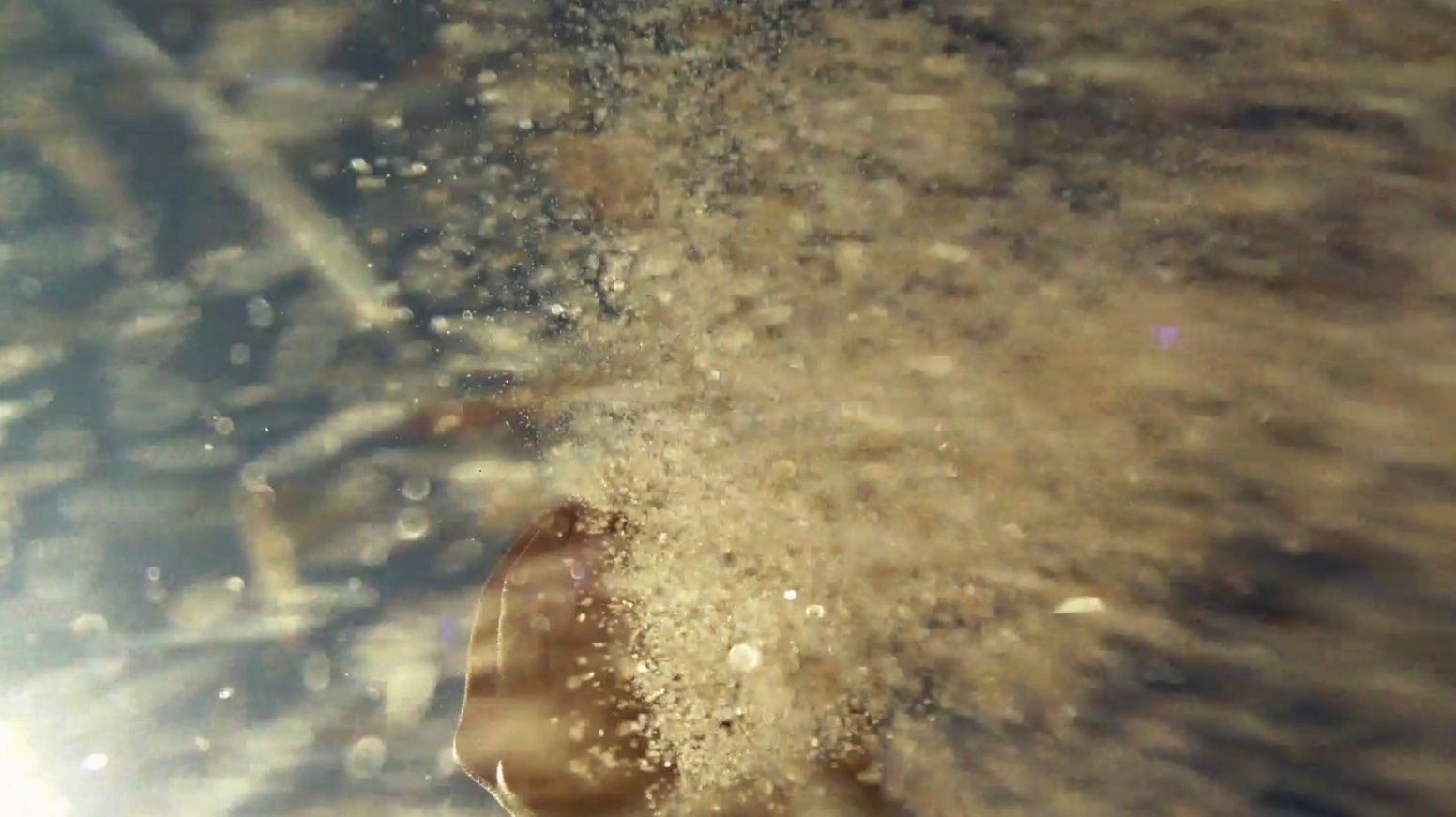 Regina is ninety-three years old. She lives with her daughter in a house where she keeps her pearl necklaces, her make-up kit and, above all, the photographs of the family she left behind in Europe, escaping the Nazi Holocaust.

Impregnated with the comedic sense that Regina transmits with her personality, this is also a touching documentary about two very special mothers. Sonia, a woman full of vitality and imagination, takes care of Regina in the last moments of her life. As she herself says “when one is saying goodbye to life, a journey to one's origins begins”

As Regina recalls the names of her relatives who remained in Europe during the war and sings old tangos and waltzes from her youth, Sonia tries to make this daily journey to her roots, her migration story, easier for Regina.

In one scene, Sonia makes her some figurines with the faces of her relative´s photographs in black and white, and gives her a beautiful replica of the plane from which they flew from Belgium to the United States and to an uncertain future. We are in the presence of an inspiring documentary about the infinite maternal legacy.

For 26 minutes, this short documentary film puts us at the center of a mother-daughter relationship facing a crossroads. Judi, a diligent Hungarian woman, observes that her mother Ica's mental health is deteriorating due to Alzheimer's and wants her to move to a house near her, in another town. But Ica refuses to move at this stage of her life.

Filmed through fixed shots and with a meditated duration, this documentary puts us very close to the emotional state of the characters, although it only resorts to a careful observation of the daily life of these strong women. The half-light atmospheres in which the scenes take place stress the tension that gravitates in each moment of the film.

Judi doesn't have much time to waste. The house that she wants for her mother to live in, just a few meters away from her, could be sold at any moment to another tenant. As she tries to convince the seller to give her more time to convince her mother, Judi and Ica spend moments together, digging into their souls and finding ways to keep communicating the truths they will soon never be able to tell each other again.

The Flowers Of My Family 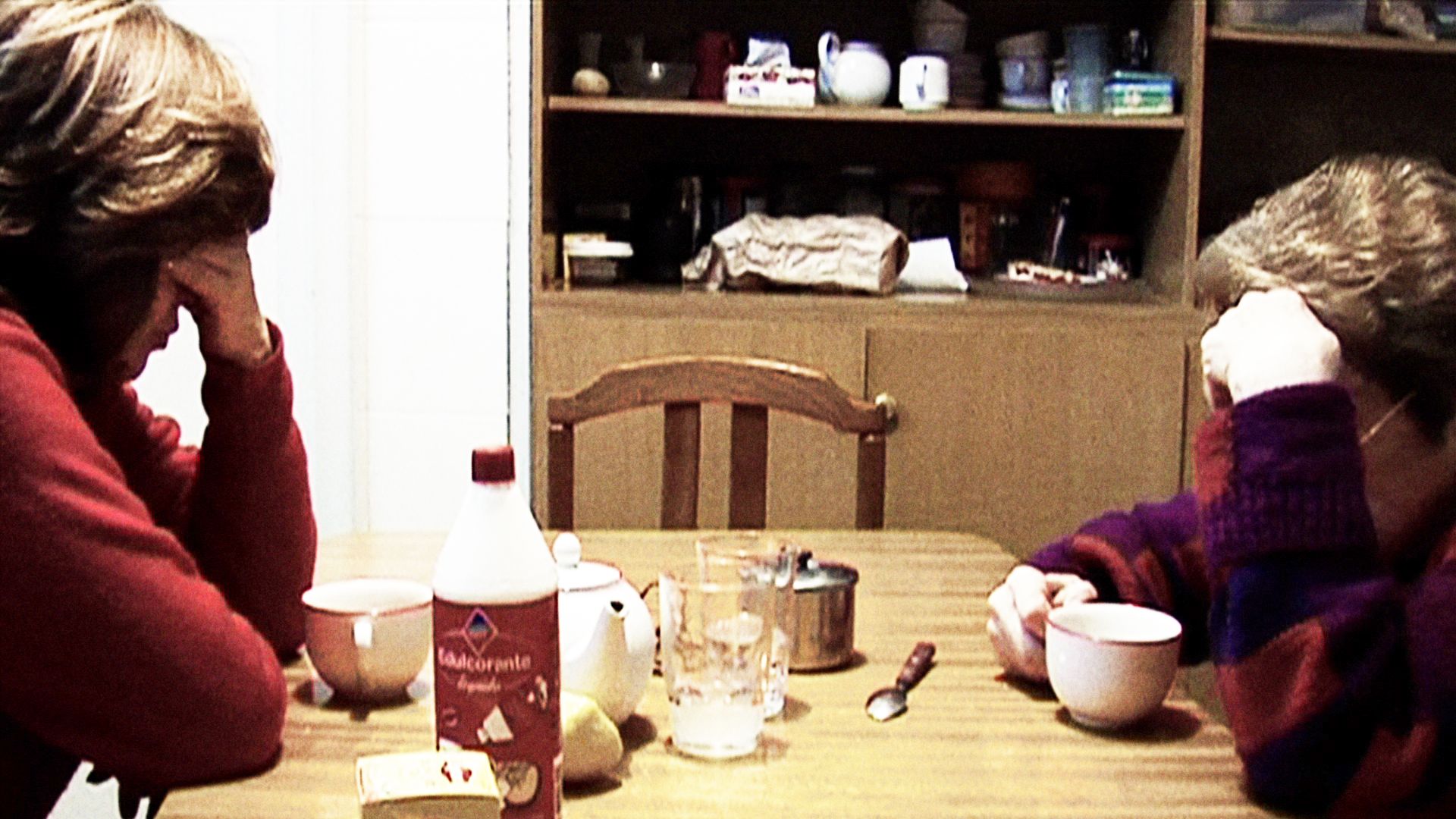 In this documentary, Uruguayan filmmaker Juan Ignacio Fernández is a quiet inhabitant of a modest house in Montevideo, where he witnesses a belated farewell. His ninety-year-old grandmother, Nivia, has to face a situation she never thought she would live in old age.

Her daughter Alicia, the mother of Juan, the filmmaker, has fallen in love in the middle of her life, and will soon have to leave Nivia after living with her for many years. Nivia, of course, cannot understand that her daughter intends to start a new life with a new partner. But for Alicia, who has been a responsible daughter to her mother's welfare, she tries to make her mother see that she is not leaving her behind.

As they spend their last days together and try to unleash a tension that becomes more of a domestic comedy than anything else, Juan Ignacio uses his film camera to document also the objects and other living things that inhabit the house. The flowers that swarm in the garden are one of those elements that warn that, like nature, everything changes and everything dies to preserve what already is.

Yuguo And His Mother

Shot with the respectful yet stark closeness of the Chinese documentary school, this documentary follows a 13-year-old teenager named Yuguo during a period in which he visits his mother Liu Xia, a humble alcoholic woman living in a remote mountain village.

After the death of her husband years ago, alcoholism entered Liu Xia's life and she could no longer take care of Yuguo, who ended up in a public school with social assistance. The meeting of the mother and son occurs after a long time without seeing each other, so expectations are high.

Separated into chapters, this social documentary shows us a village community full of colorful characters, which shed light on the context in which Yuguo grew up. In this landscape, Liu Xia stands out as a woman subdued by a difficult context, where only music can help her drain wounds.

The film is a portrait of a different kind of motherhood, far from the traditional stereotype, linked to the harsh reality of the social margins and specifically of poor communities. Liu Xia sheds the role of the traditional mother as she struggles for a utopian but necessary mental and emotional liberation.