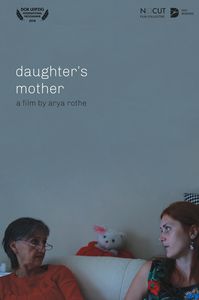 Judit tries to convince her mother Ica to move to a house near her before the Alzheimer's separates them further than they should.

Daughter's Mother. A new house to ward off Alzheimer

Judit and her mother Ica live in different towns in Hungary. Judit has found an ideally located house, close to her own, for Ica. She wants Ica to move there soon since she knows Ica's Alzheimer’s even though at an early stage now, will only get worse with time.

Ica is however unwilling to move. Judit is struggling to convince her mother, and at the same time trying to stop the owner from selling the house to someone else. Using the disease only as a trigger, the film explores the relationship dynamic between a proud, head strong mother and her caregiving daughter that stands on a turning point.