There is no better time than childhood. There is no doubt about that. It is the stage where freedom, family and friendship are values that grow within us without following the prejudices and fears that we acquire as adults.

But it is also true that being childrens is perhaps the most complex period of our existence, and there are many things about it that we find difficult to understand. That is why Guidedoc has designed this list of documentaries about childhood that will teach us various points of view about the first years of our lives.

Why watch documentaries about children?

If there is something that all trends of psychology agree on is the fact that most of the dilemmas, fears, interests, and tastes that we have as adults were forged in our childhood and adolescence.

Those first years of existence molded our way of seeing the world. And children can tell us a lot about the actions we should take to have a better world if only we would listen to them.

Watching documentaries about children and childhood can bring us closer to that genuine and selfless approach that we may have abandoned at some point in our lives.

The following list of short films has documentaries that you can watch with your children online and more artistic ones that have a more reflective approach to childhood.

What are the best short documentaries about childhood? 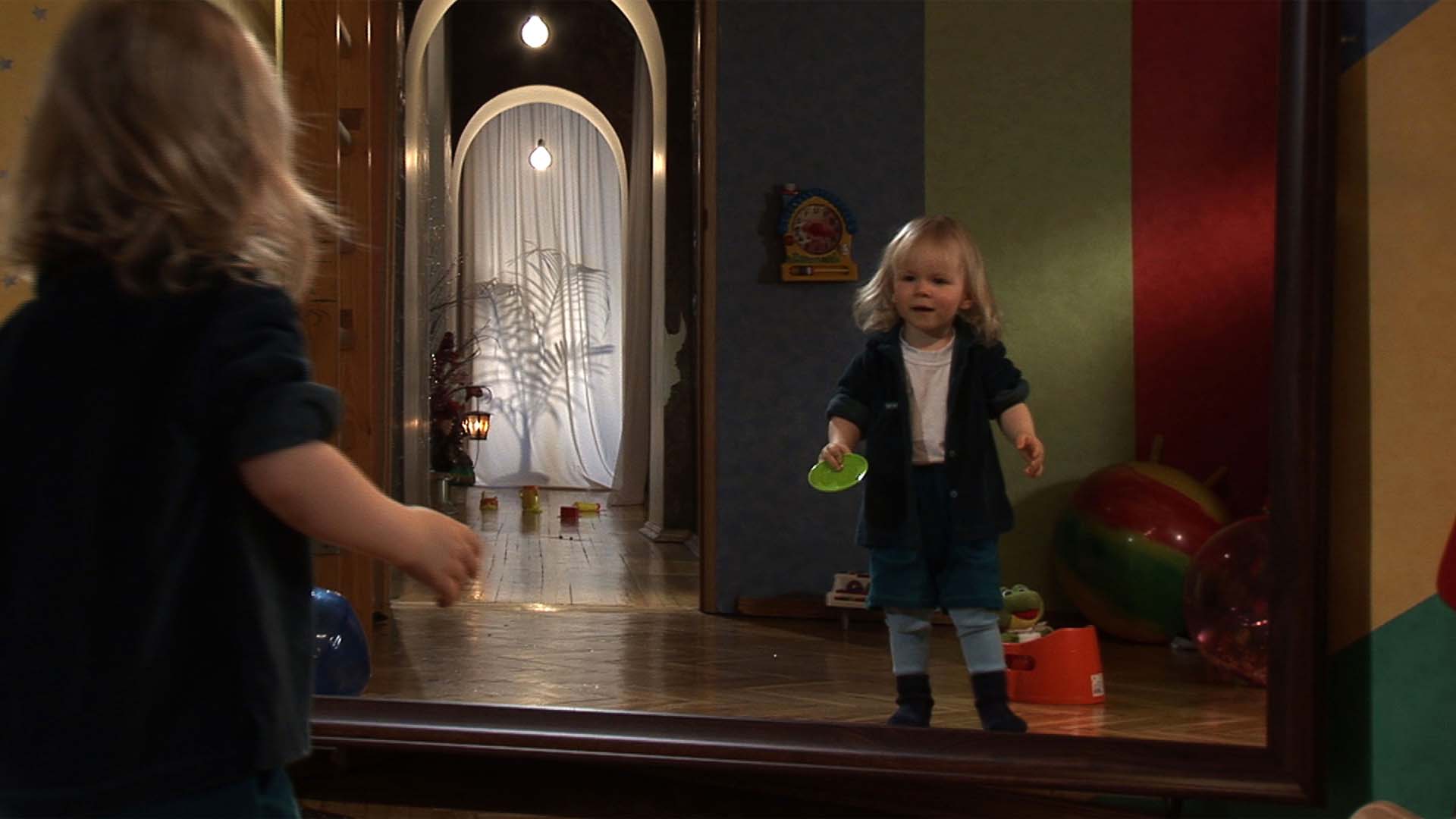 After many months of keeping his two-year-old son away from mirrors and reflective surfaces since he was born, director Victor Kossakovsky decides to film the discovery that his little Svyatoslav has with the reflection of himself.

The first time encounter between the little boy with a large mirror lingers for about forty minutes in the living room of his house while his father films him with two hidden cameras.

During that time, Svyatoslav is captivated by that apparent stranger (himself!), towards whom he rehearses a series of gestures and continues to interact with other objects around him but always ends up returning to the mirror in his attempt to grasp his own reflected body.

As a precious essay on the consciousness of the "Self", a key moment in the childhood of every human being, the film stays in our mind for a long time to remind us of the capacity to let us be amazed by the little things of life, a notion that perhaps we have left behind in those early years.

Freedom is more than just a word for little Lilly within the squatter community in the Dutch forest where she has always lived with her family. Amid the open spaces lulled by nature, we see Lilly shouting with joy as she plays on a tree-toothed swing, cutting a wooden log with a saw, and even lighting a big bonfire in the company of her siblings when the day is still sunny.

But when the government decides to take control of those lands, Lilly's life will have to take a significant turn. In this documentary, we live from Lilly's point of view the most important challenge of her childhood, a coming-of-age opportunity to start a new life in a seemingly monotonous suburban neighborhood.

The realism that permeates the story is punctuated by impressionist brushstrokes that rest on the music and sound of the film, which makes us live alongside Lilly a carousel of emotions in her quest to find the essence of happiness among a new suburban world. 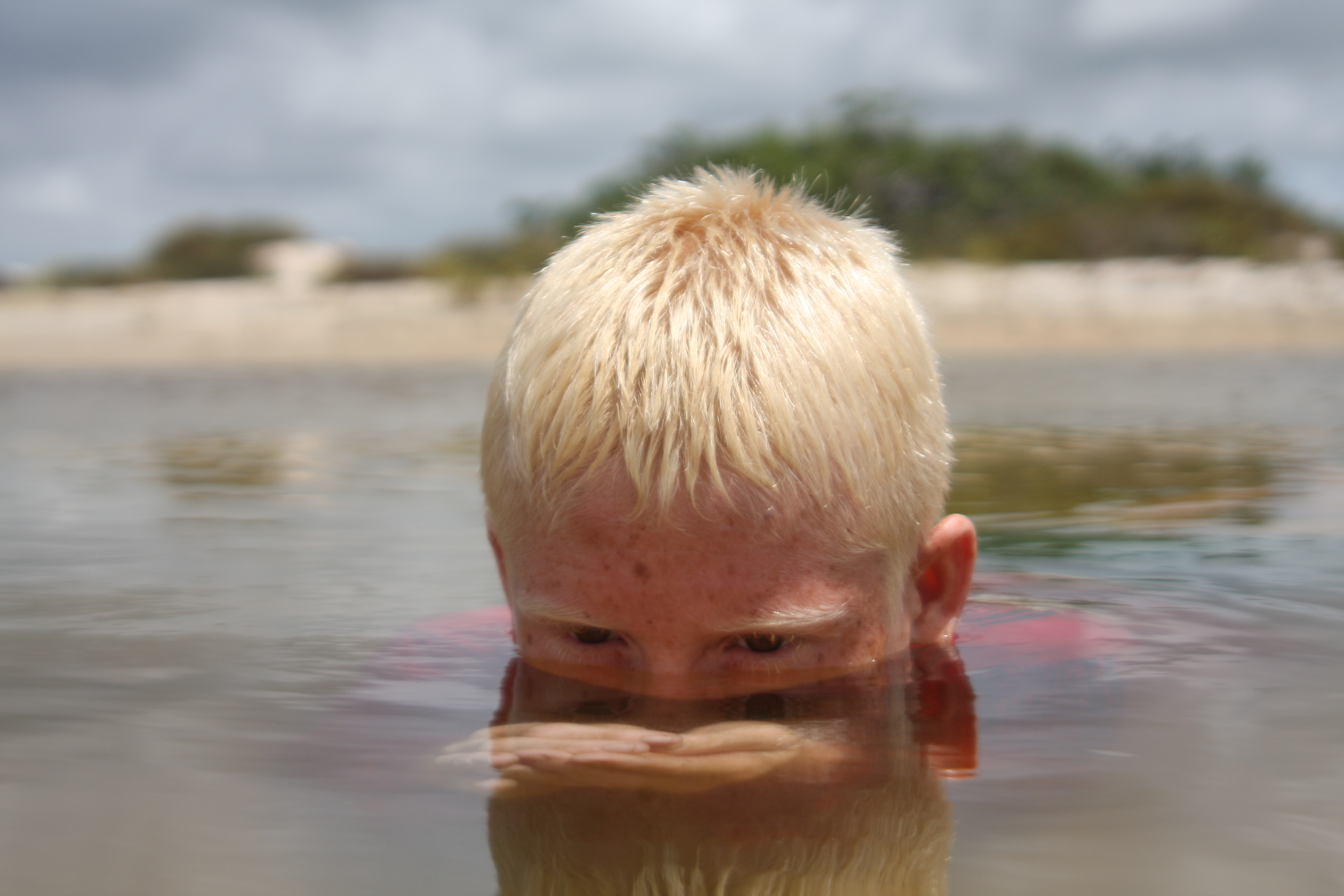 Sana is an albino boy who lives in a remote coastal community in the state of Marajo, in northeastern Brazil. In the film, we follow Sana's day-to-day life as he frolics in the waters and sands of a magical amphibian ecosystem.

What appears to be observational documentation of a little boy’s routine where time is widened in an endless exploration of the environment, is rather seen as a wonderful experience through the simplicity of a harmonious relationship with nature.

Sana seems to be searching for something buried under the surfaces, either hiding his head in wet sands or sinking his gaze into shallow waters. The discovery of himself, of his mind and body, within the inherent pleasure of freedom of an infinite playground seems to be the premise of this beautiful documentary short film.

Rebeka Goes Down The Slide 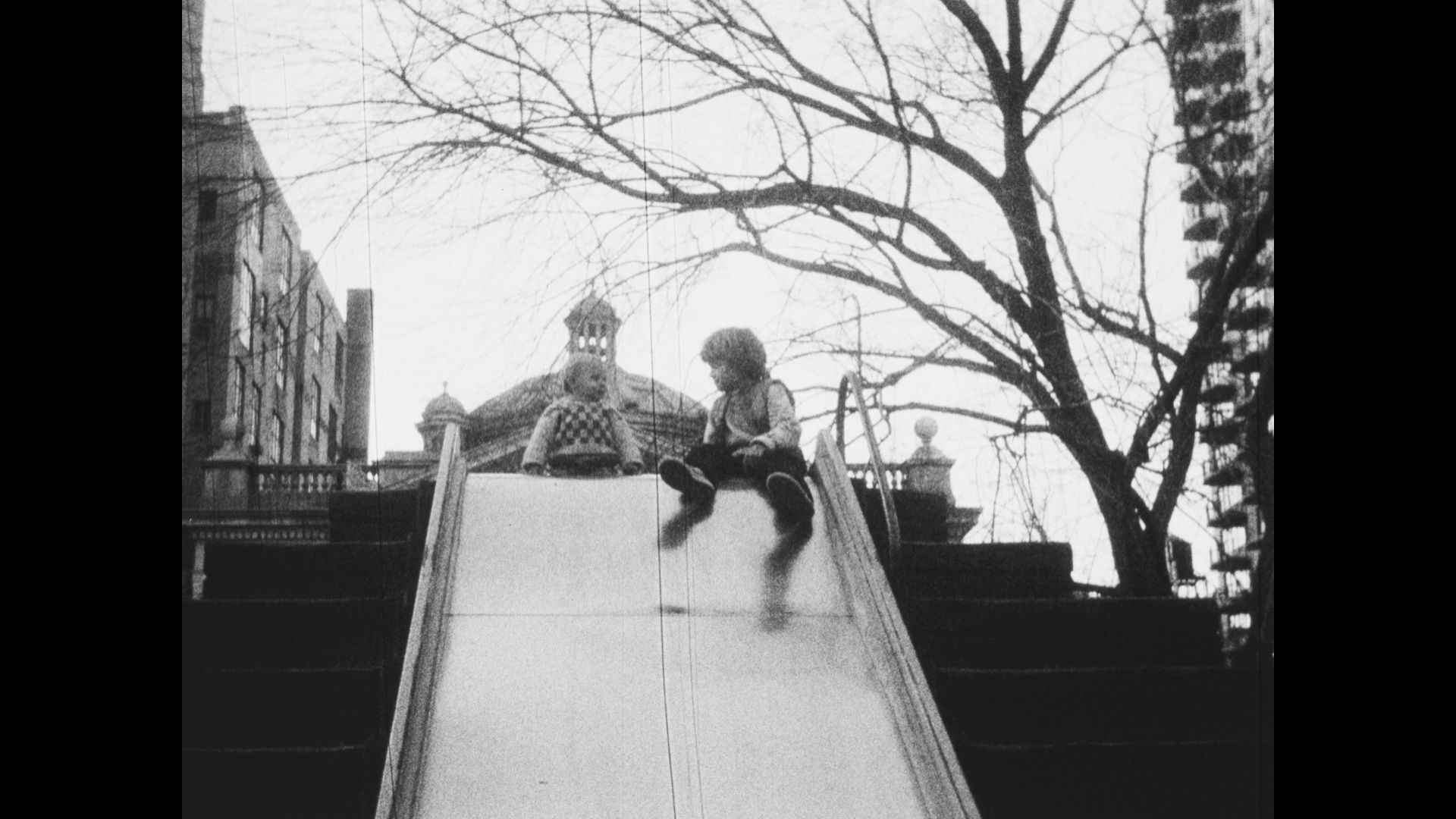 Short. Endearing. Simple. This beautiful short film shot in 16mm black and white film tells the story of little Rebeka, a girl who faces the great crossroads of her short life: whether or not to go down the slide in a public park in New York.

This animated short film takes us to a sunny beach in Brazil to tell us an unforgettable story of friendship between two girls who were separated by fate.

The talented Brazilian filmmaker Nara Normande uses puppets made of sand from the beach of Guaxuma, the place where she grew up in Brazil, to "animate" these two girls in their daily fluttering along this paradisiacal coast.

The film reminds us of the importance of those first friendships that we make in life and that we always remember until the end of our days. 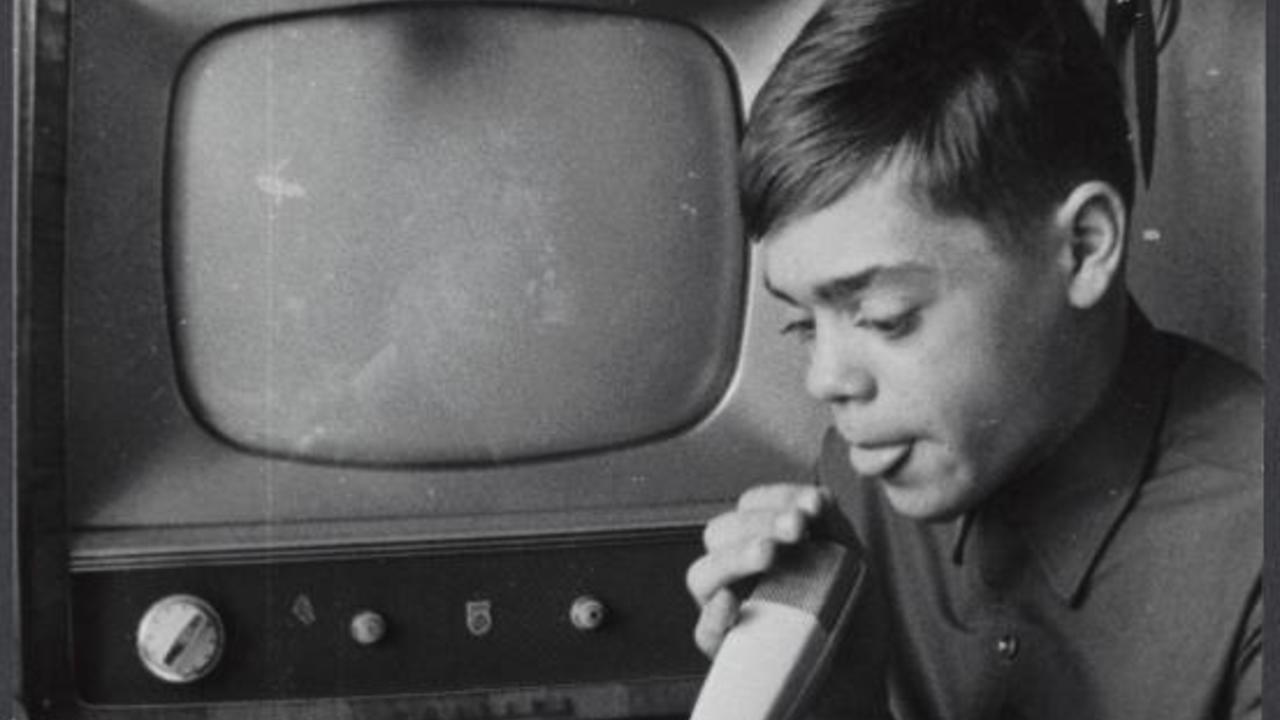 During the shooting of "Blind Kind / Blind Child", a film about blind children commissioned by a television station in his country, the renowned Dutch filmmaker Johan Van der Keuken was captivated by the extroverted and talented boy Herman Slobbe, so he decided to do a new film focused entirely on him.

Despite his blindness, Herman, who enters puberty, interacts with the outside world in a free and sincere way, a personality that Van der Keuken expresses by giving freedom to the camera and sound, experimenting with sync sound and composition with a hand-held camera.

Among several explorations in Herman´s hobbies and the dreams he has in life, the director accompanies him to the car racing track and then films him as he imitates with his mouth the bursts of the cars passing by.

At a moment in film, Van der Keuken gives him a microphone and the boy becomes the interviewer of the documentary. 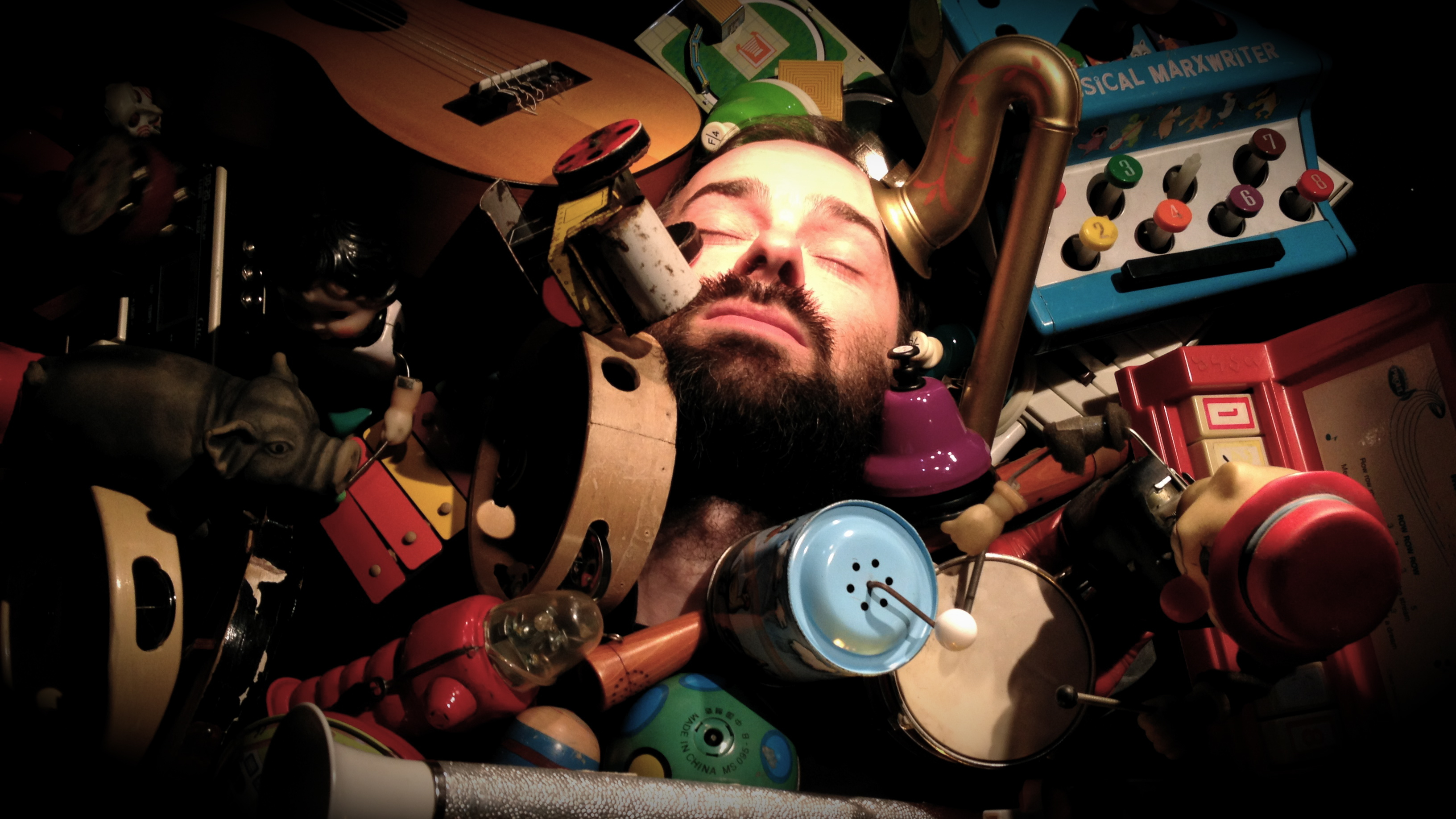 This is the most musical short film of the list. In only 27 minutes, the Polish band "Small Instruments" will hypnotize us with their peculiar way of making music: manipulating objects of all kinds.

This fun way of producing sounds and musical notes with everyday objects will amaze the little ones in the house. Undoubtedly, sometimes the simplest and cheapest ways are the ones that can make us happy during that afternoon of boredom. 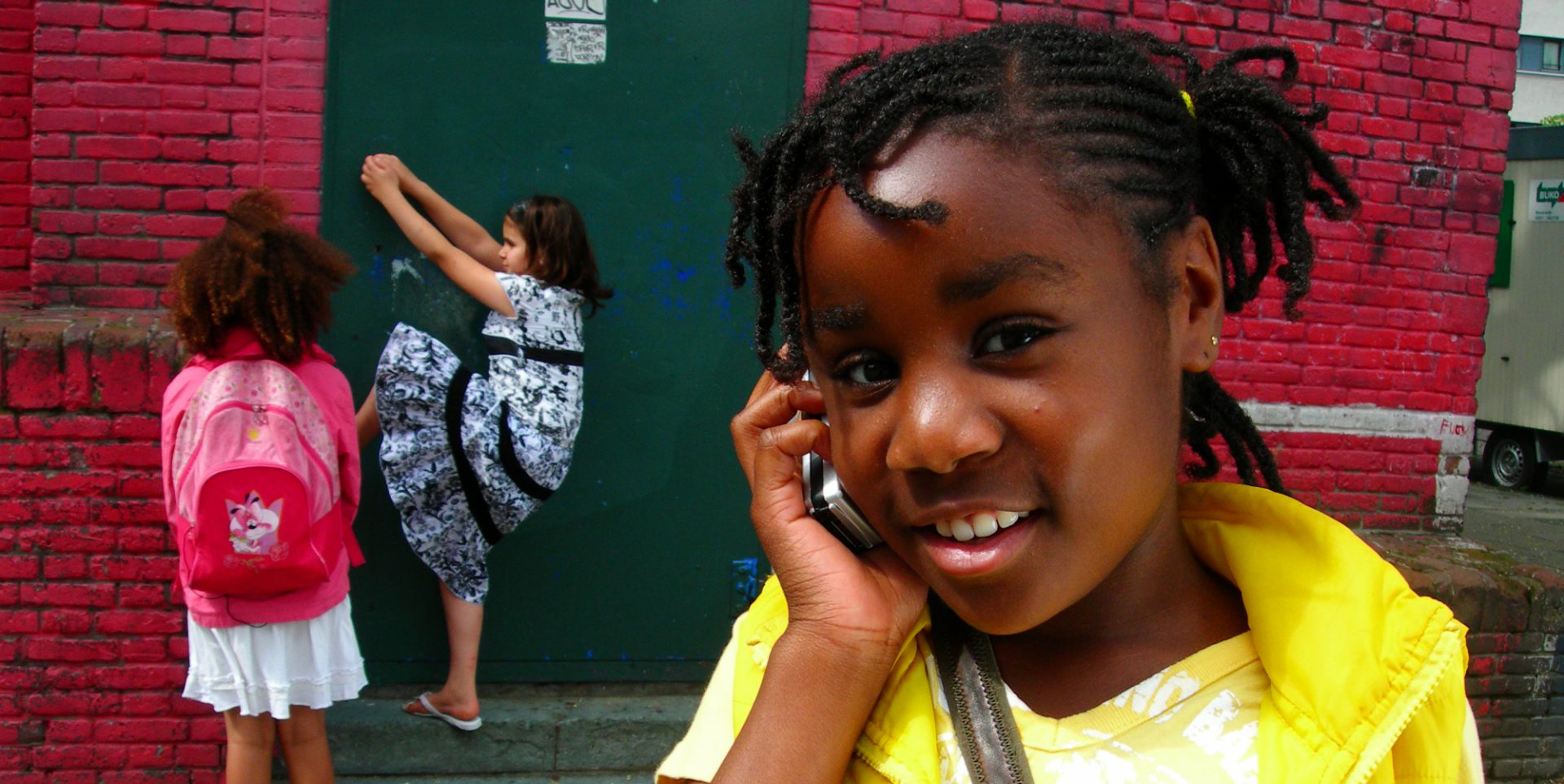 Chanaika is a little girl from Rotterdam who dreams of dancing in the parade of the city's famous carnival. In this short film premiered at the prestigious IDFA, we accompany Chanaika as she prepares at her local dance school to participate in this longed-for party.

But not everything is rosy. Chanaika tells us about her experience after being a victim of domestic abuse, and how she and her family have had to overcome this episode with her admirable sense of love and self-improvement. 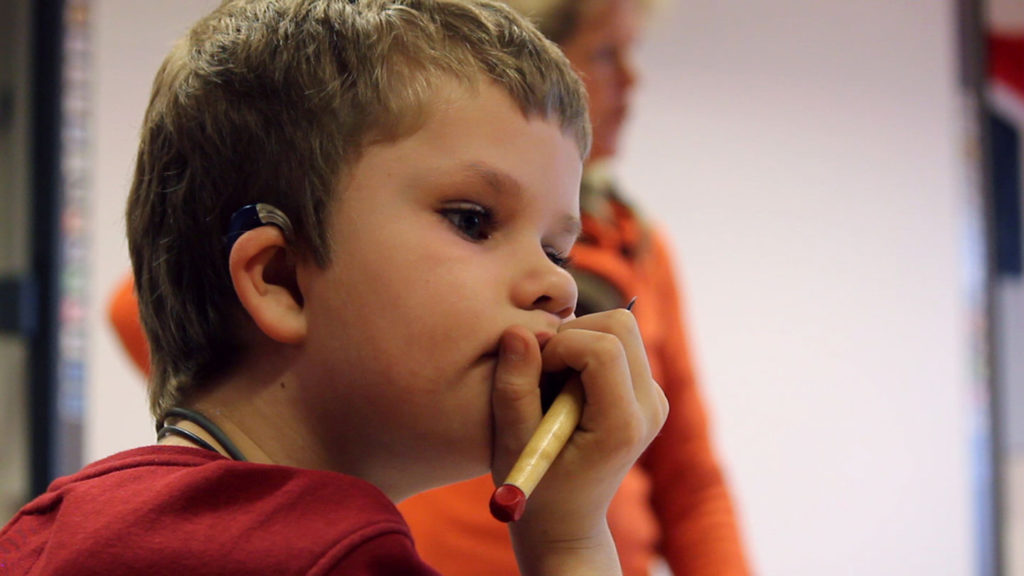 This short film takes us into the middle of a Dutch elementary school classroom, where little Sky faces an important daily mission: to try to be a normal child despite his hearing impairment.

From the very first minutes, Sky captivates us with his endearing personality and his incredible sense of curiosity. Thirsty for knowledge, Sky tries to grasp everything the outside world can give him, even though bullying and his own physical limitations make it more difficult for him.

Moon And The Wolf Girl

Her stories teach us not only the need to live in better harmony with animals, but also the importance of storytelling for children to bring out their full imaginative potential.