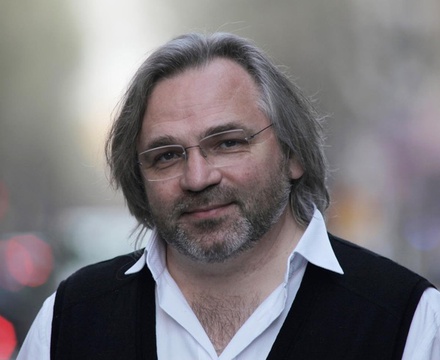 Documentary film director. Since 1978 he worked at the Leningrad studio of Documentaries as assistant cameraman, assistant director and editor. In 1988 he finished the Higher Courses of Film Writers and Directors in Moscow. Laureate of the "Triumph" Prize, Laureate of the RF State Award and the "Nika" prize. Award-winner of numerous national and international film forums. He started his own production company, Kossakovsky Film Production, based in San Petersburg, to create a cinema with a strong focus in poetics and reality.

What would be the shortest route between Entre Rios in Argentina and the Chinese metropolis Shanghai? Simply a straight…

Seen from the point of view of a 3-year-old girl, this documentary follows the tortuous migration journey of a refugee …