The most essential female documentary filmmakers you must know about

How many female filmmakers do you know? And how many of them make documentary or experimental cinema? If you can't even count the names on the fingers of one of your hands, you've come to the right place to discover a group of must-have female authors.

At a time when society is recognizing the important role that women creators have played throughout history, here at Guidedoc we have chosen 8 women who have influenced the history of art from the perspective of documentary and experimental cinema.

Who are the most influential female filmmakers in documentary cinema? 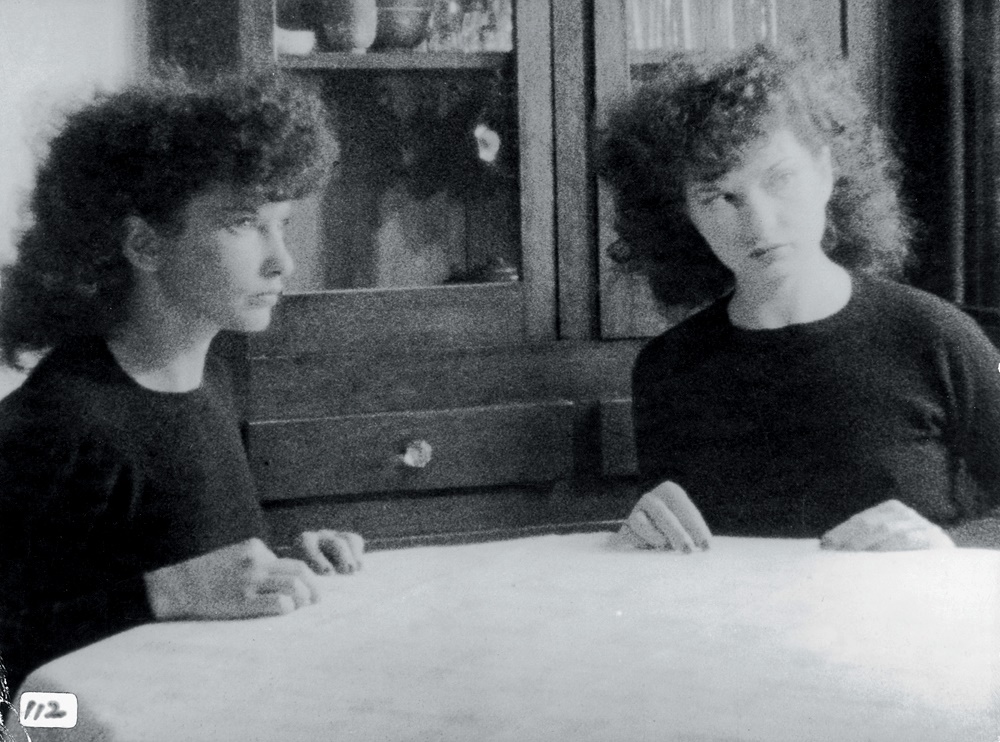 Known as the forerunner of what she would call "intimate cinema", those works that prefer to inhabit the small rooms of universities and museums, Maya Deren is a “must-see” for any filmmaker interested in experimental cinema. Her influences could be summarized in three wings: dance, psychoanalysis, and the film camera as a means of plastic expression.

A majestic example of these influences is her short film "Meshes of the Afternoon", one of the most memorable oneiric representations in film history. Premiered at the Cannes Film Festival, the short film follows a woman - played by Deren herself - in her attempt to reach an enigmatic figure dressed in black through various dream states.

The handling of time, the change of the point of view, and the recurrence of symbols from everyday objects to suggest meanings are only some features of her remarkable cinematography. 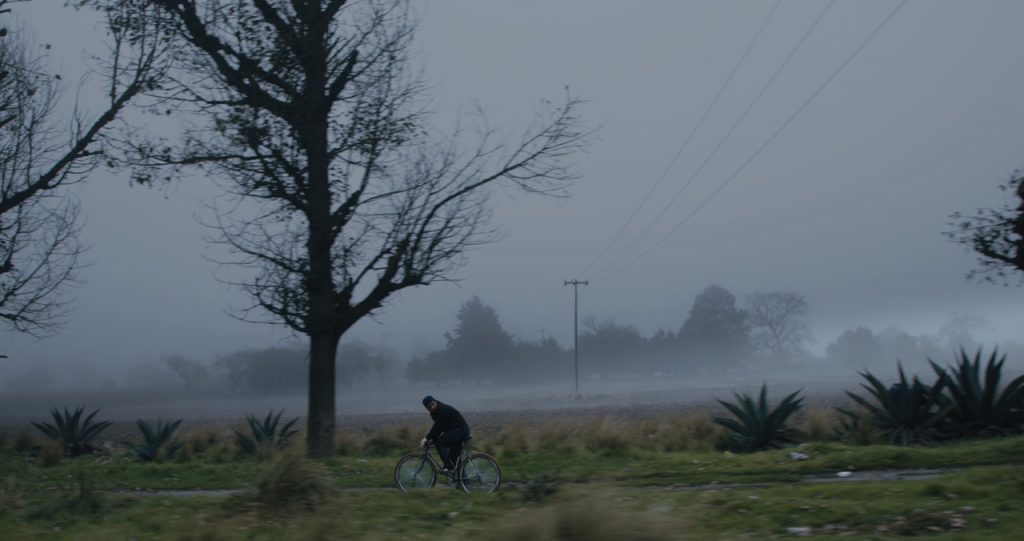 The youngest author on the list is the Mexican filmmaker Tatiana Hueso. She recently had the privilege of having her own retrospective at the prominent Visions Du Reel, one of the five most important film festivals dedicated to non-fiction films worldwide.

The importance of her work lies in the ingenious ways in which she deals with human rights issues, most of the time from a female perspective. For example, in her documentary Ausencias, Tatiana addresses the issue of missing people in Mexico through a mother who has not known the whereabouts of her husband and son for several years.

Tatiana resorts to the use of suggestive photography, with psychological atmospheres that express the inner state of the characters. Another of the tools that characterize her films is the creative use of sound, especially the voices and testimonies of the victims, thus avoiding crude images of the tragedies that are addressed. 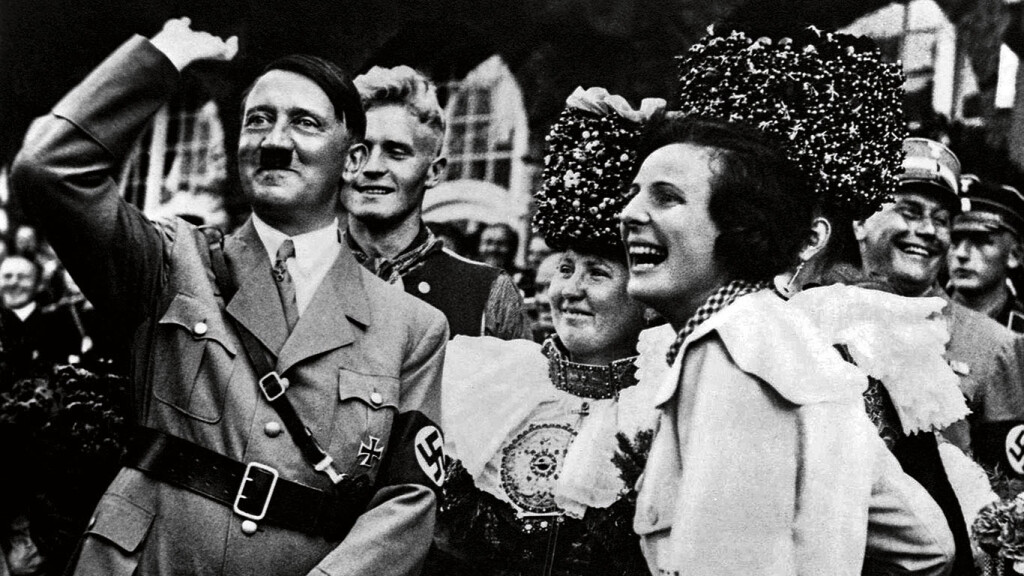 More than 90 years have passed since Leni Riefenstahl filmed The Triumph Of The Will, the propaganda film about the Nazi Party Congress in 1934, and still, her reputation as one of the most influential female filmmakers is questioned even more fiercely than before.

Without disassociating ourselves from the ethical accusations of using artistic talent to glorify authoritarianism, film critics and filmmakers continue to refer to Rieffenstal's work as one that is full of technical and aesthetic innovations that have remained in the cinematic mainstream since its inception. 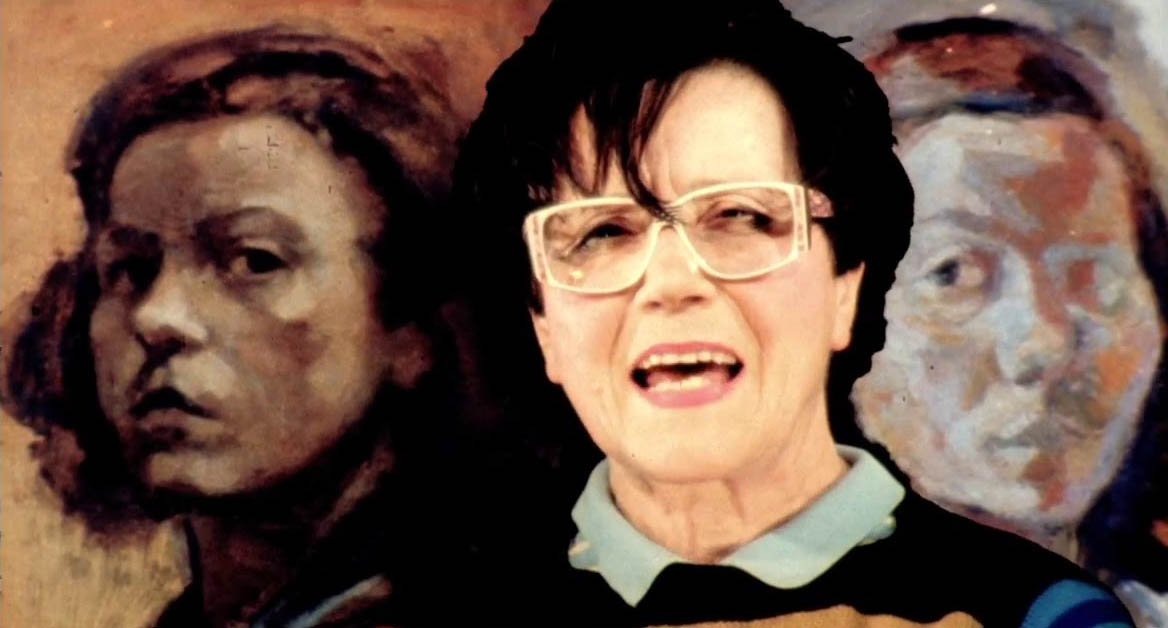 Mostly known for her pictorial work, Maria Lassnig is also a precursor of animation cinema in her native Austria. In her explorations on the canvas, she developed the influential theory of "Body Awareness". In fact, a feature of Lassnig's work is the use of the physical presence of herself within the frame, such as her recurring self-portraits and the performative practices she did in her films.

For example, in "Kantate", filmed in 1992, the artist appears on the screen singing and presenting with dances and gestures the story of her own life illustrated in animations that are shown in the background. The ironic tone, full of humor and wit is something characteristic in her work but also in her personality.

Recently, the MOMA presents the premiere of a series of experimental films recently discovered and restored that were filmed by Lassnig during her stay in New York in the seventies. 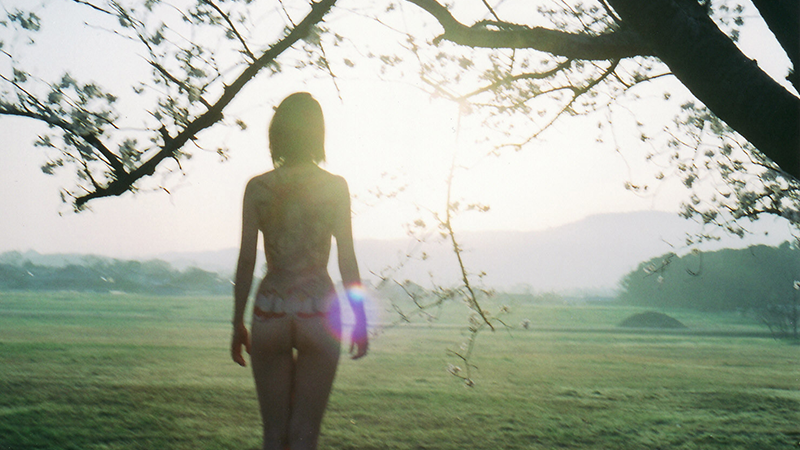 Japanese filmmaker Naomi Kawase could not be left out of the list. Her documentary work can be found mainly on the beginning of her career, with short films made with great freedom and emotional charge when it comes to portraying her intimate world.

For example, her short film Katatsumori, is the first installment of a series of three documentaries where she portrays her special relationship with her great-aunt, who raised her since she was a child, even filming her death in a hospital room.

This intimate aspiration, free of any shame or emotional censorship, has inspired a whole generation of artists. 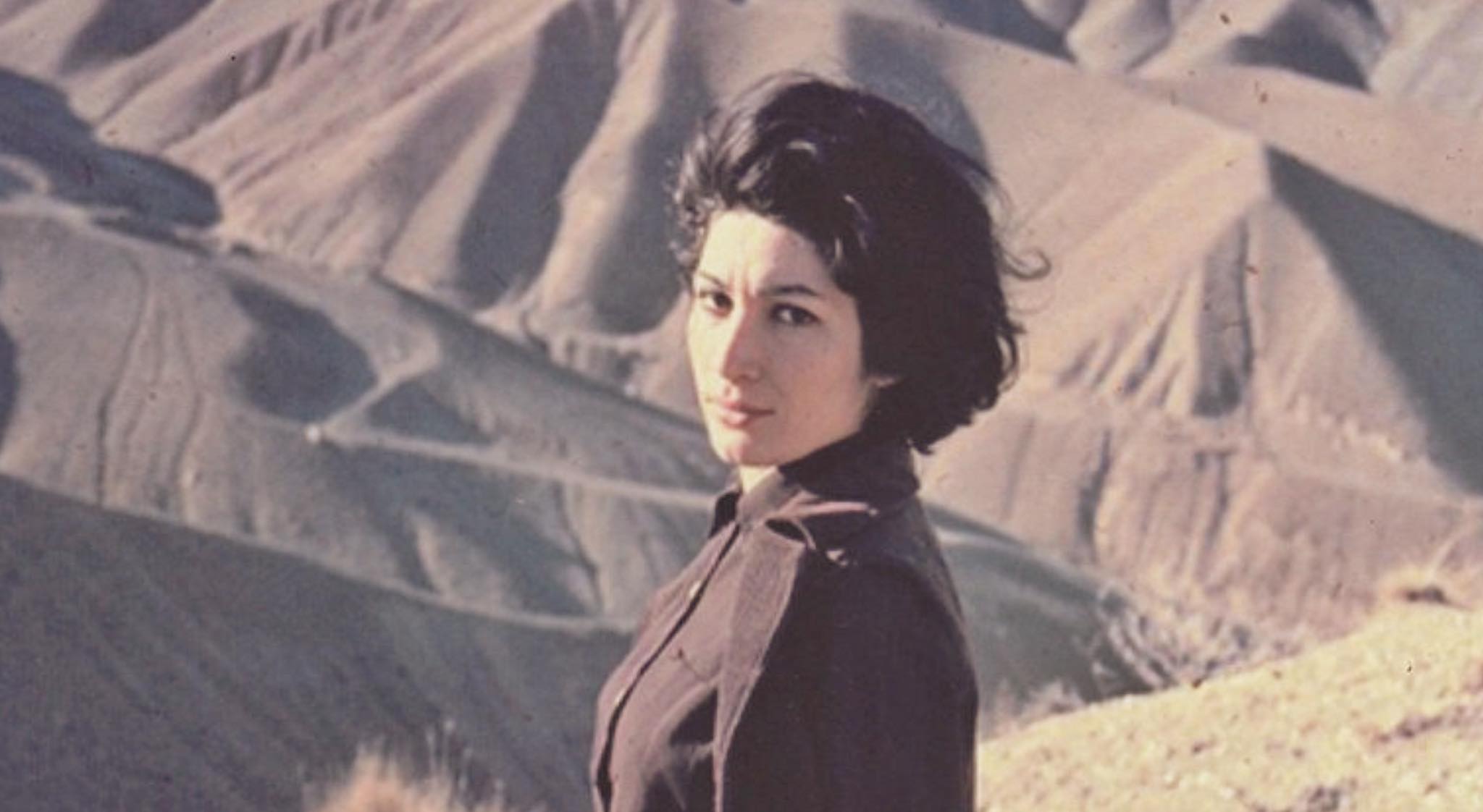 Forugh Farrojzad was an irreverent Iranian poet and filmmaker who had great influence in the Middle East in the middle of the 20th century. His work has since become known in the West, where his literary work - her most extensive one - is being increasingly appreciated over the last decades.

Forugh has only one film on which she worked as a director, The House Is Black. Considered a masterpiece of documentary filmmaking, the short film, only twenty minutes long, poetically portrays a leper colony in the north of Iran. 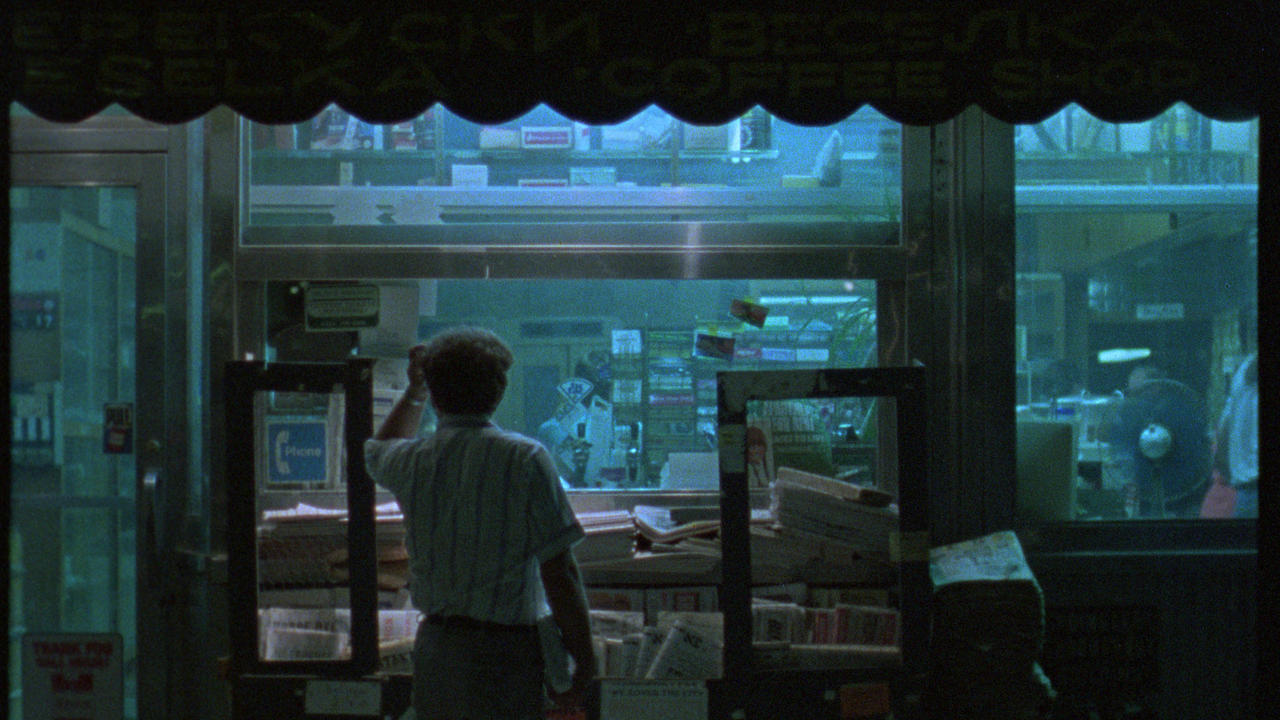 Among the many memorable phrases we read about the suicide of Chantal Akerman in 2015, the idea that the loneliness of the precursor of feminist cinema was always abated by cinema reminds us that films can become family in the eyes of those who live for them.

The melancholic portraits of the New York of the early seventies serve in "News From Home" as a background to the reading of the letters that her mother sent her from Belgium while she studied filmmaking in America.

These first explorations into everyday quotidian images allowed her to work with the idea of uprooting not only in a domestic or geographical sense but rather to express her displacement from social standards, especially with the role assigned by the establishment to the female figure.

Other atmospheric inquiries and temporary sensations through the use of long-duration shots we notice in "Hotel Monterey", a ghostly portrait of a days inn in New York City.