As documentary lovers, we think that one of the functions of non-fiction films is to find beauty in what surrounds us. But, of course, in looking at what is close to us, we could also be looking at what we will soon lose or, on the other hand, the traces of what has already been lost.

In the roller coaster of life, it's normal to have sad or sentimental days. And movies are often our best companions when it comes to changing or deepening our feelings.

That's why here at Guidedoc we have put together a list of ten documentaries to watch on nostalgic days. It's just a provocation, a varied group of non-fiction films that can help you discover inspiring stories to cope with this mood.

But which documentaries should we watch if we are feeling nostalgic?

This will depend a lot on each of us. If we have just ended a relationship, we would probably give in to the temptation to watch a romantic movie just to drown in our tears. Or the other way around. If we're sad about bad news, we might seek out comedy documentaries to get our smile back.

That's why in this list we've included the best of both worlds. Here below you'll find everything from enjoyable animation documentaries, minimalist stories in rural landscapes, inspiring experiences of memorable characters, absurdist comedies and even existentialist portraits.

What are the ten documentaries to watch on a nostalgic day? 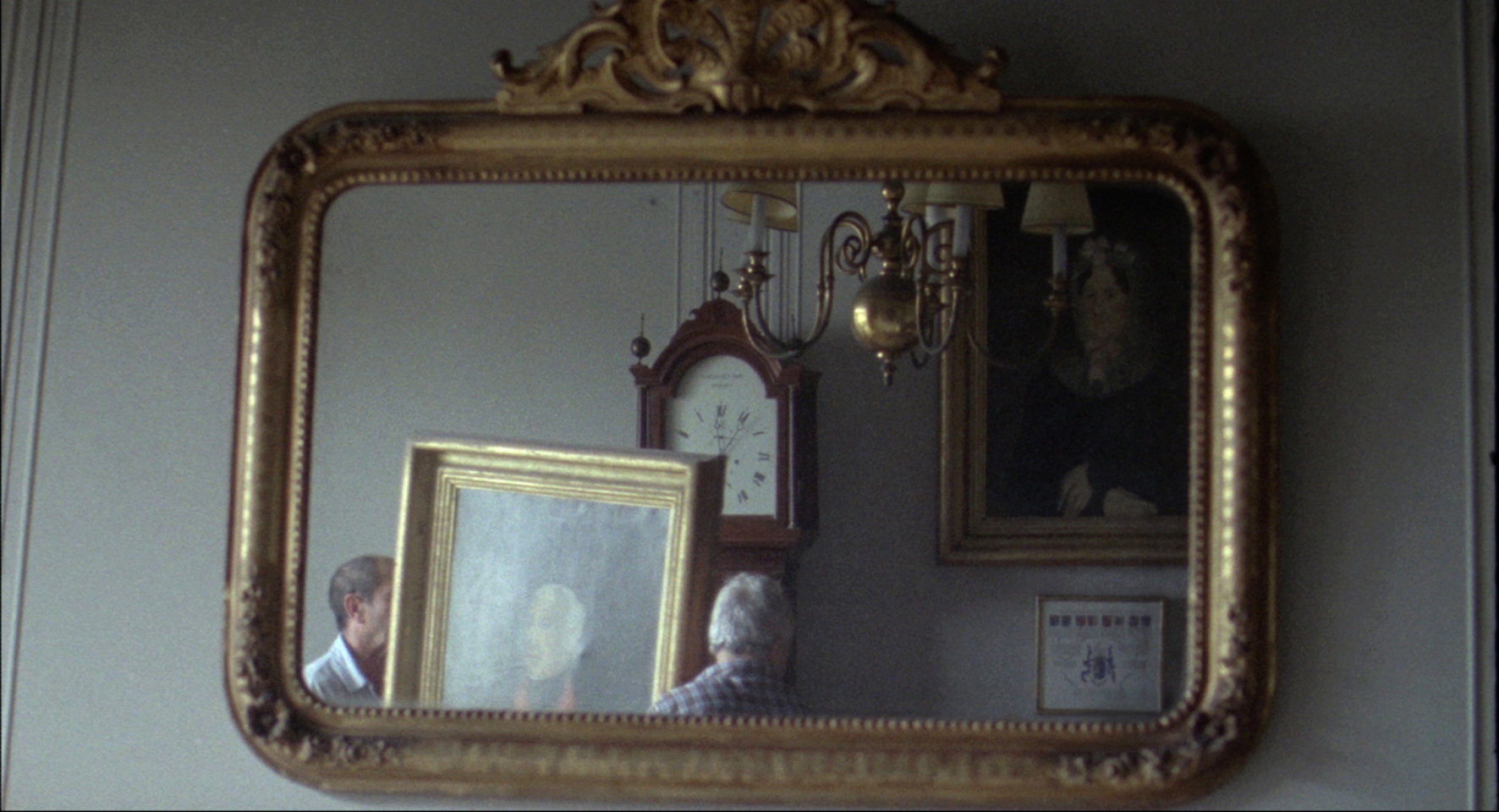 This documentary is full of images of inhabited houses that slowly begin to be dismantled, destroyed, or that will give space to new guests.

An emptied house is a cemetery of everyday objects with no home, no place, no homeland, just as those migrants who write letters in the midst of wars and exile.

This film reflects on this, on the philosophical eternal war between memory and oblivion. What Remains is a portrait of what remains, if anything remains, of those family objects that get lost between wars: profound emptiness.

Acted by puppets made of beach sand, this award-winning animated short film pulls us into a heartwarming story of friendship that takes place on a paradisiacal Brazilian beach.

In her own voice, Brazilian filmmaker Nara Normande tells the story of her childhood living in Guaxuma, a beach town in her native Brazil, through her friendship with her dear friend Tayra.

Full of humor and fantasy, the film tells the happy moments of both girls as they grow up together.

The smiles, the games on the sand, and the great little adventures of adolescence are left in an amalgam of memories when, in one part of the film, we learn the reason why Nara and Tayra are separated forever. A must-see short film if you miss your loved ones.

Etre et avoir (To be and to have) 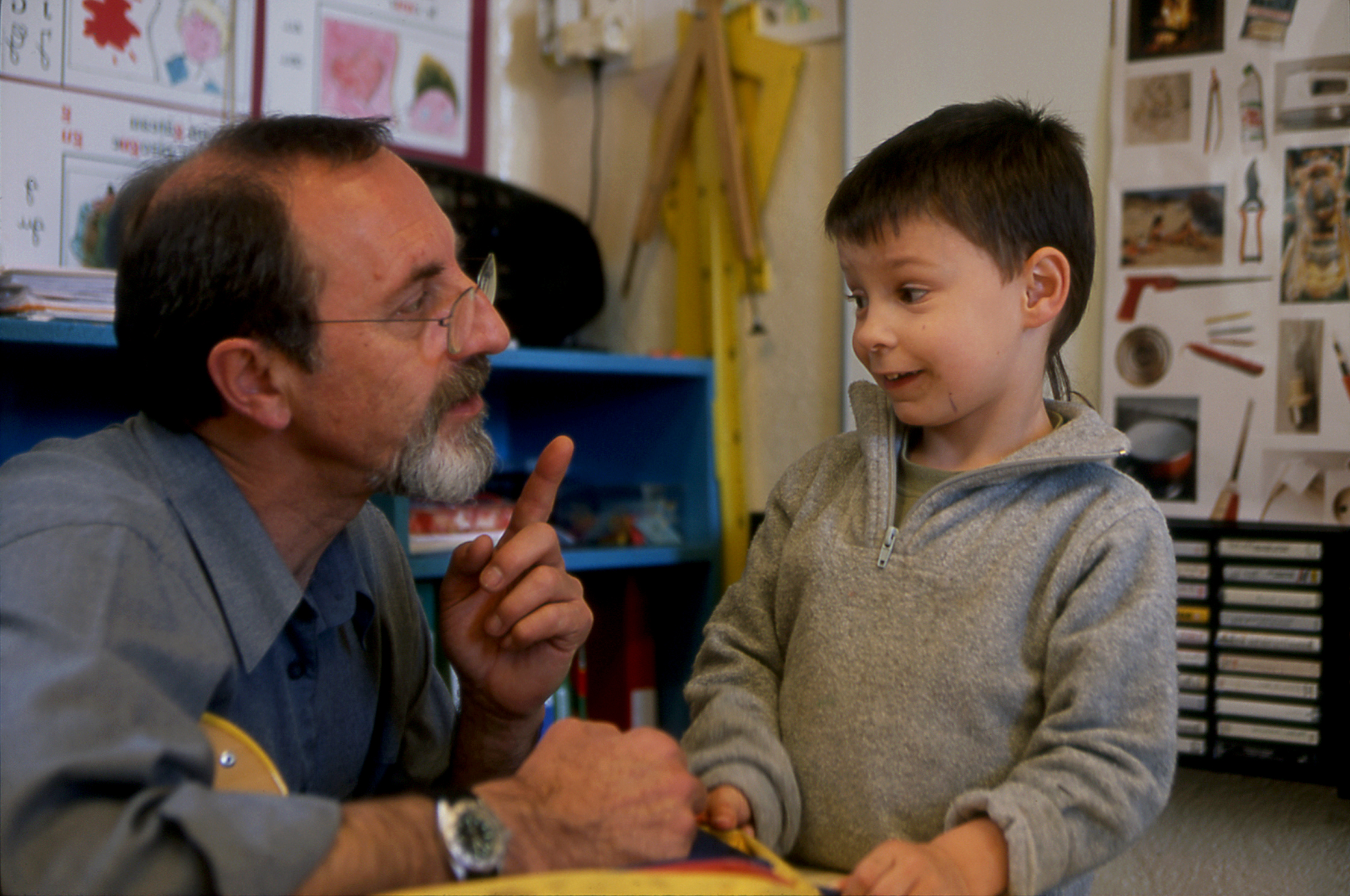 The rhythm of the rural village of Auvergne in France is marked by winter in this film. Etre et Avoir stands out for being a fascinating exercise in portraying childhood and innocence at the only time when things are changing: the present.

Every day, a group from all the children of the village meet in the only school of the place, mixed in ages and with their sole teacher - who stands out for his level of commitment, not only with the learning of the small ones but also for his warm personality.

It becomes pleasant to see how, with a touching vocation, the teacher assists and accompanies the education process of each of the children. In the small details and gestures, we see how they learn to break eggs, to draw the numbers, to solve the problems that come with anger and insecurity, the moment of knowing that numbers have no end, their mischiefs, and their worries.

We also witness what is the last year of the teacher's work before his retirement and before the children enter school so that each frame is already loaded with tenderness and nostalgia.

Sometimes, when we're feeling sad or stuck, we just need to get down to work. Literally. And this short film can help you do just that.

Made by the acclaimed documentarian Morgan Spurlock (Superzised Me) this short documentary film goes after the answer to the question "What is an Artisan?".

To do so, the film follows the daily life of three projects led by people who dedicate themselves to create with their hands in various parts of the world.

In this film you will meet a knife maker that works in his workshop in a secluded forest in Arnosldville, Georgia; a pair of chefs in charge of an eclectic restaurant in a vibrant San Francisco neighborhood; and a quaint pottery workshop in Iga, Japan, where artists make beautiful pieces with a kind of clay with magnificent resistant properties.

If you need examples to spark your creative talent with what you have on hand in those moments of stagnation, this is the documentary for you.

Serene and even analgesic, this documentary invites us to observe the rural world of Patrice Fortier, a man who mixes art with agriculture on his modest farm in the Kamouraska Valley, Canada.

Passionate about nature, Fortier is dedicated to preserving seeds in a globalized world where genetic over-manipulation of food and seed monopoly represents an ecological threat.

Through silence, observation and didactic dialogues about the daily tasks that Fortier and his colleagues do on the farm, this documentary is a wonderful option to escape from our urban hustle and bustle and enter a rural microcosm where anything is possible.

When the Earth Seems to be Light 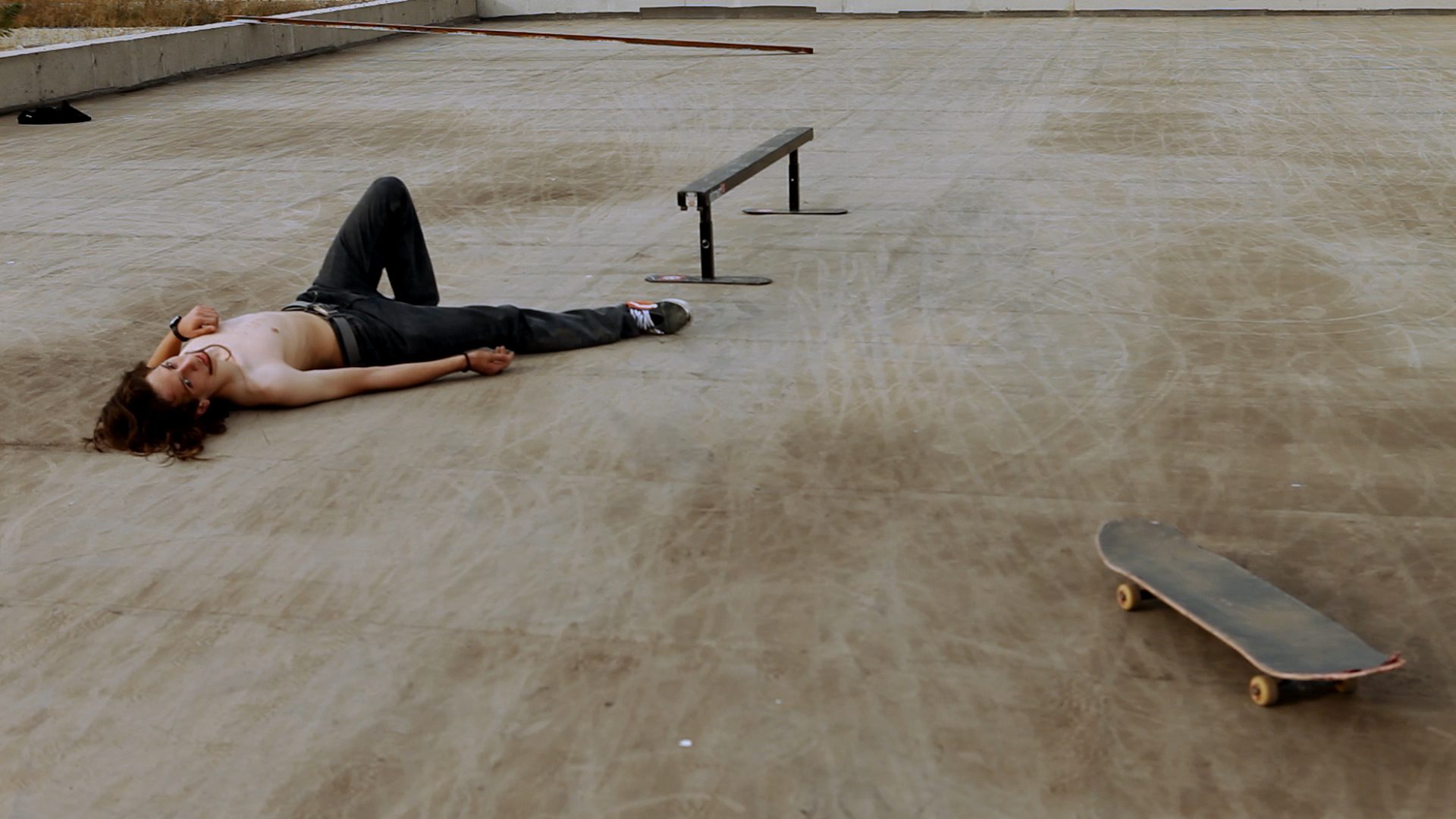 If we feel limited, tied to a monotonous and apparently unchangeable daily routine, it is better to try to create our own space of freedom. This is what the protagonists of this youthful documentary have done for themselves.

This is the story of a group of young skaters who take advantage of the nooks and crannies of their city's architecture to drain their frustration at the political stalemate in their native Georgia.

Beautifully photographed, this feature-length film documents a part of a youth who feel orphaned by a country that seems to be going nowhere, and who find in skateboarding a way to be happy, at least for a few hours.

In the knowledge of Eastern civilizations, practicing absolute silence for a long period of time can help you calm your deepest fears and anxieties.

Following this premise - or not - the protagonists of this travel documentary are two young men from Berlin who set out on a trip to Japan with only one golden rule: not being able to talk to each other during the silent adventure.

Could you do something similar? This is definitely a must-see, rare road movie to check out on those reflective days. 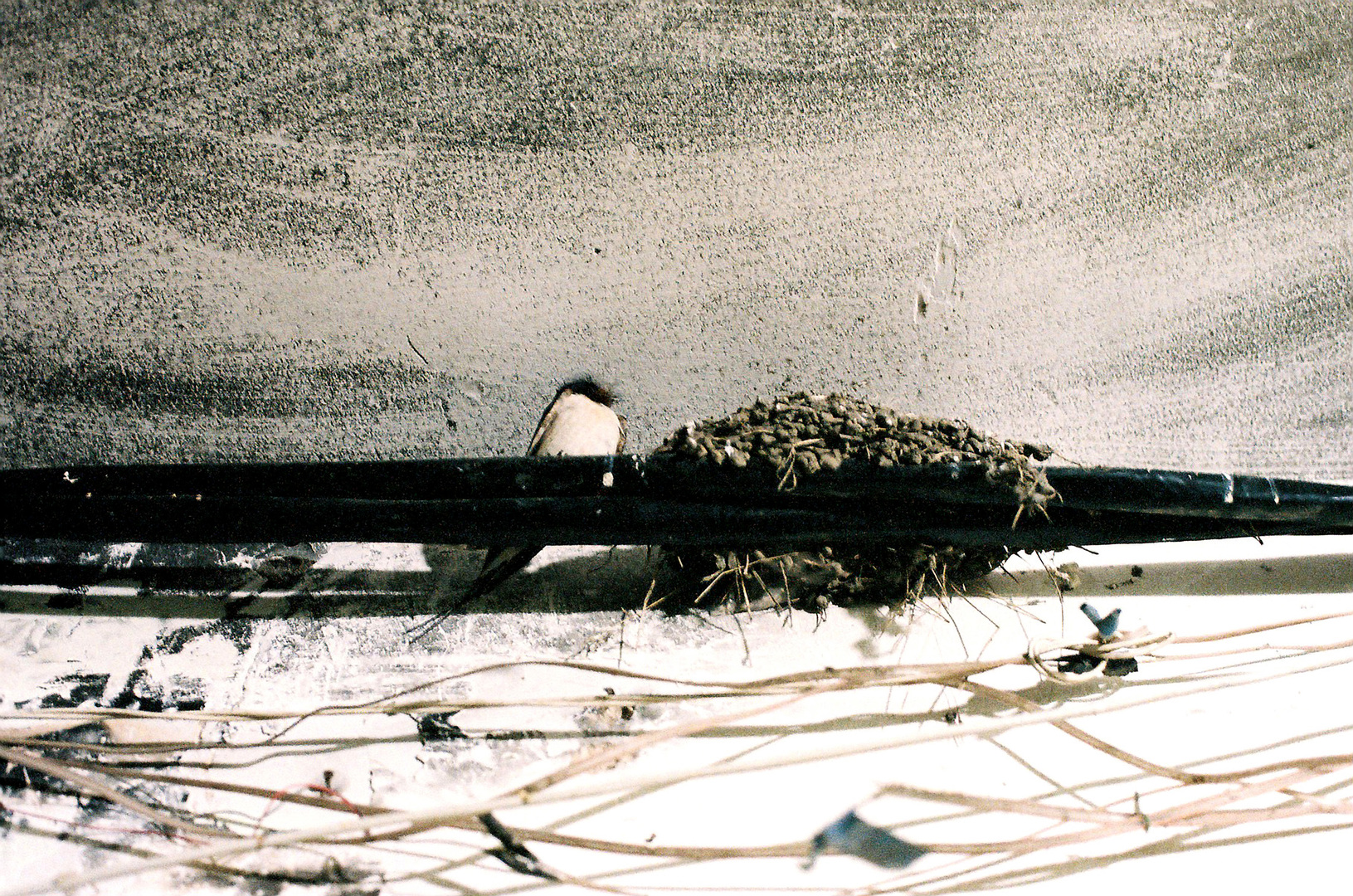 Condemned to live a life that they did not choose for themselves and from which they cannot escape, the filmmaker makes a metaphor from the situation of the inhabitants of Abkhazia, on the coast of the Dead Sea, after the war with Georgia between 1992 and 1993.

The citizens speak and show openly their deep wounds and emptiness, their need to have fantasies and to preserve their memories.

What they decide to keep quiet also gives clues to the undeniable and immeasurable spiritual sequels that the war has left them. In the ruins of what was once their homeland, they are still impregnated with all the pain, helplessness and destruction brought about by the disaster of the confrontation.

Abkhazia, in the process of completely destroying itself, has stopped and has remained in a limbo that seems not to allow to retreat or let advance. But after the first impression of seeing only ruins, we also begin to see the traces of life that inhabit those corners.

We see children who play, who ask for wishes. They represent a new generation that tries to transform this reality, however difficult it may seem, and to raise their voices. 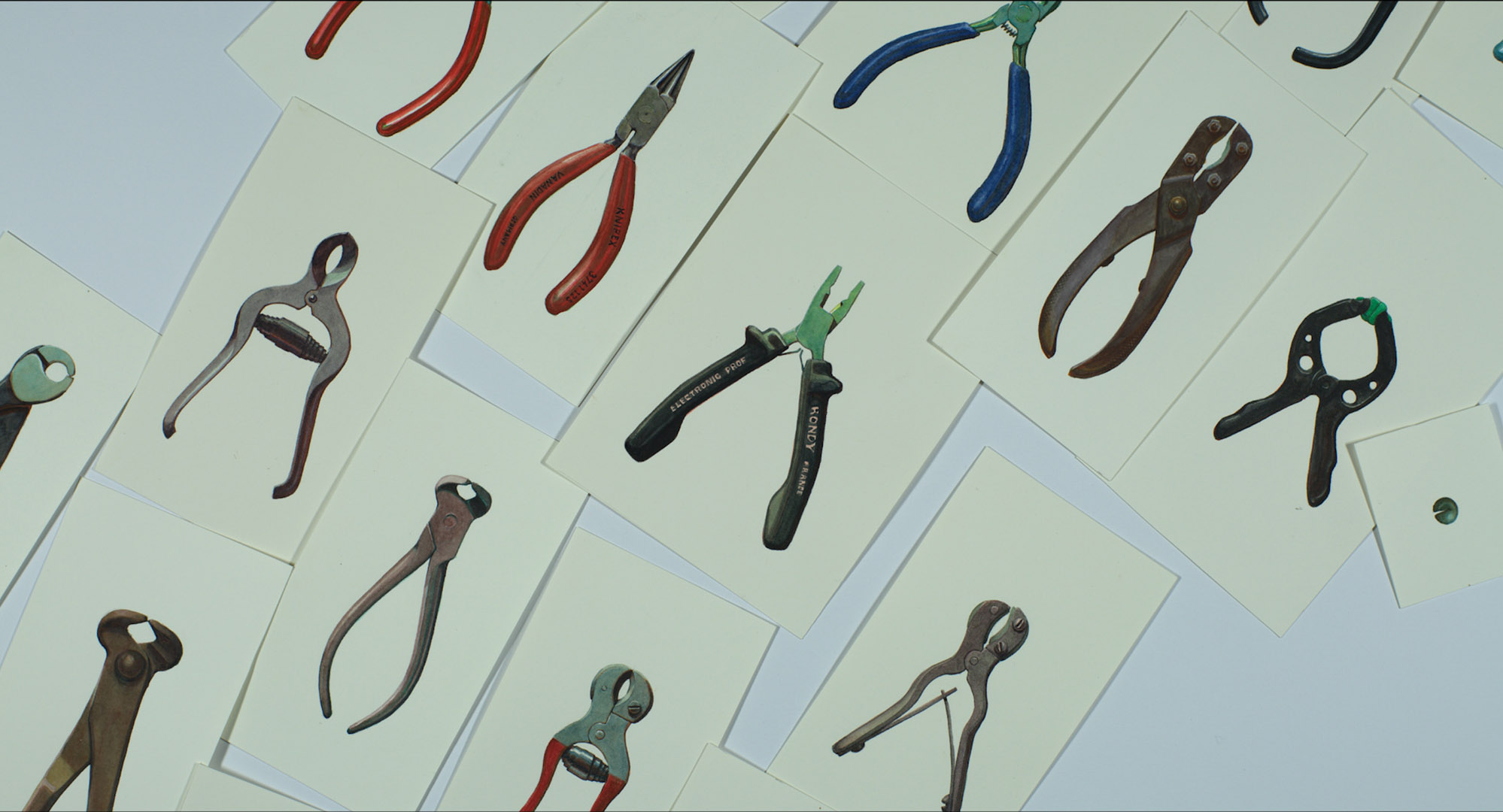 Sometimes, in moments of despair, it is necessary to get out of the real world. Or better said, to look at it from another - animated - point of view.

This award-winning animated short film takes us into the workshop of a talented artist who draws everyday objects that we suddenly see passing in front of our eyes like a surreal collage.

With the premise of reflecting on the advancement of technology and the objects we use to navigate our daily lives - all kinds of mechanical tools, sunglasses, pencils, fans, etc. - in this film we can relax while our skillful artist paints, with a hyper-realistic finish, these varied items that inhabit our homes. 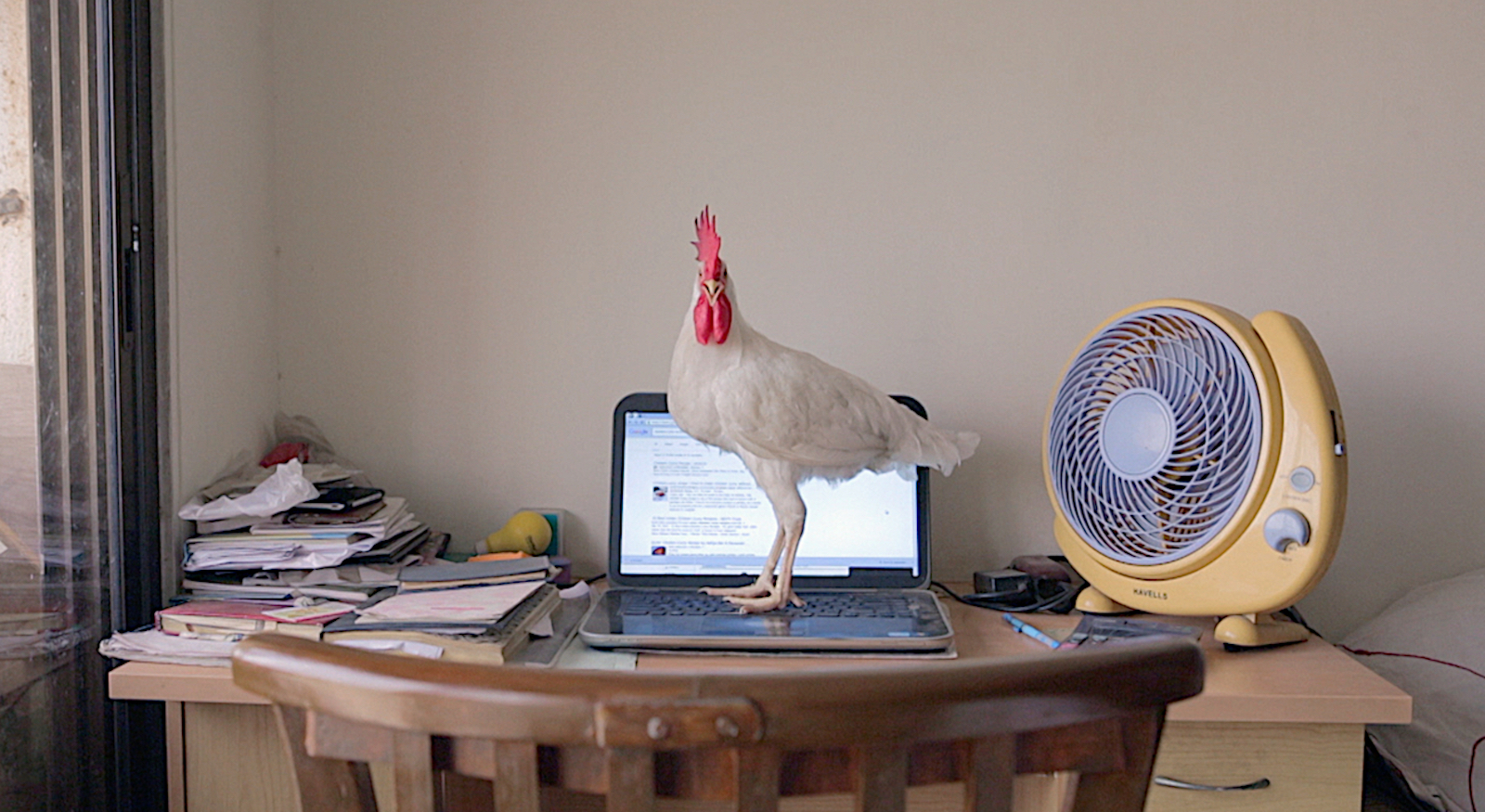 If what you need is an out-of-the-ordinary comedy to break the boredom, this is the documentary you've been looking for. The plot is as simple as it is absurd. An Indian family in Mumbai faces an existential dilemma.

An extroverted rooster they recently adopted has turned the house upside down, and won't let anyone lead their lives in peace. The conflict is evident. Soon, the family members are debating whether or not to eat this restless bird. It is best to say no more.

This is simply a hilarious documentary about our coexistence with animals and the unpredictable - and seemingly absurd - ethical problems we can find ourselves in when we least expect it.