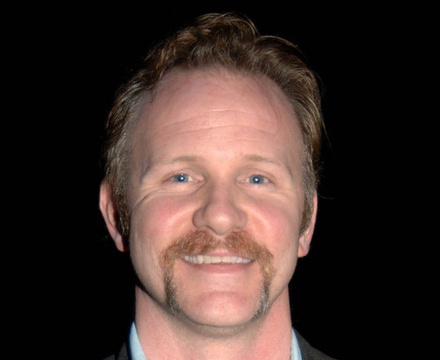 Oscar® nominated Morgan Spurlock became a household
name after the runaway success of 2004’s SUPER SIZE ME. The feature length documentary film,
Spurlock's first, was named to more than 35 "Top Ten" lists and is
one of the highest-grossing documentaries of all time. The film was awarded the
inaugural Writers Guild of America Documentary Screenplay Award and the Best
Director Prizes at the Sundance and Edinburgh Film Festivals – and was listed
in the Top 25 Best Documentary Films of All Time by the International
Documentary Association.  Using himself
as a fast-food guinea pig, Spurlock shed revealing light on the epidemic of
obesity in America.  Spurlock has also
executive produced and starred in three seasons of the highly acclaimed FX
original series "30 Days,” which
examine social issues in America by immersing individuals in a life that
allows them to see the world through another's eyes.   The series was nominated for a Producer's
Guild Award and won a GLAAD Media Award for best non-fiction television series.


In 2008, Spurlock
directed his second feature length documentary, WHERE IN THE WORLD IS OSAMA BIN LADEN?, which followed Spurlock
around the Middle East on the hunt for the elusive Al Qaeda leader. Premiering
at the Sundance Film Festival, the film opened to rave reviews.

Some of the world's most innovative documentary filmmakers will explore the hidden side of everything.

A documentary about branding, advertising and product placement that is financed and made possible by brands, advertisi…

10 years before the debut of the Ultimate Fighting Championship. In 1979, Bill Viola and Frank Caliguri dreamed up a c…

The audacious look of director Morgan Murlock (Superzise Me, Rats) is placed on the main tools of the artisans dedicate…