How many fictional documentaries are there?

If we open the boundaries of genres, the field of creation is unlimited for filmmakers when it comes to bringing the resources of fiction narrative with those of the documentary.

But what do we call hybrid documentaries? 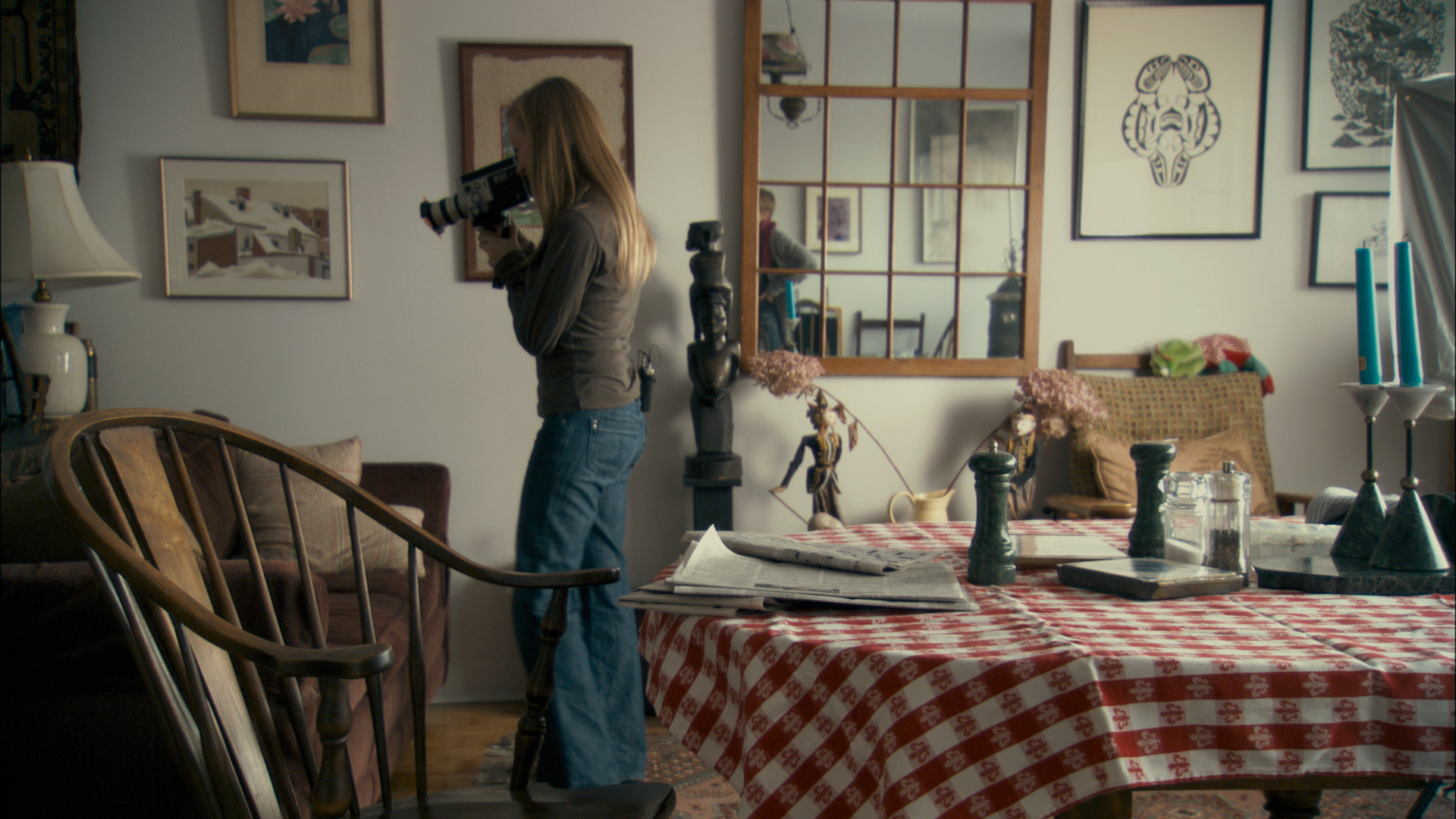 This type of film is based on the mixture of narrative codes that are traditionally related to both fiction drama and documentary genres. Throughout history, documentary cinema is characterized by an attachment to objective reality. And although this may be an outdated notion, the truth is that documentary viewers usually expect to see true stories of real people on screen.

However, since the early short films of the Lumiere brothers, it has been said that documentaries have a lot of fiction in them. In many cases, the direction of actors, the mise-en-scène and even the dialogues that are spoken are previously established to achieve specific scenes.

Hybrid documentaries break this taboo. Made by daring, avant-garde filmmakers, these films embrace the best of both genres without any veils: they mix acted scenes, improvisations, animations or previously scripted scenes with archival material, amateur footage and purely documentary footage to create impressive stories.

What are the ten must-see hybrid documentaries?

Nanook of the North

After accidentally burning with his cigarette more than thirty feet of film with which he shot loose scenes of the Inuit tribes in the north of Quebec between 1914 and 1915, Robert Flaherty had the courage to return to those snowy lands to recover his lost images.

Five years later, in 1920, Flaherty shot in a year’s time Nanook of the North, this time he made a film about the life of a single character: Allakariallak, an experienced Inuit hunter.

Cataloged as a pioneering work in documentary film, Flaherty shows the daily life of his protagonist while he builds an Igloo, hunts wild animals with handmade instruments, and shares his spare time with his two wives.

But what is presented on the screen as the pure portrait of the primitive, rural life of a real indigenous character is nothing but a very careful dramatization. The Inuit of that time already hunted with guns, they did not live in Igloos and the two actresses who acted as wives were not the real ones of our hunter.

The character of Nanook was fictionally constructed in cinema by Flaherty´s romantic urge to capture the idealized customs of the Inuit before the European influence. The film still arouses controversy especially when it comes to valuing the techniques of fiction used in documentary works. 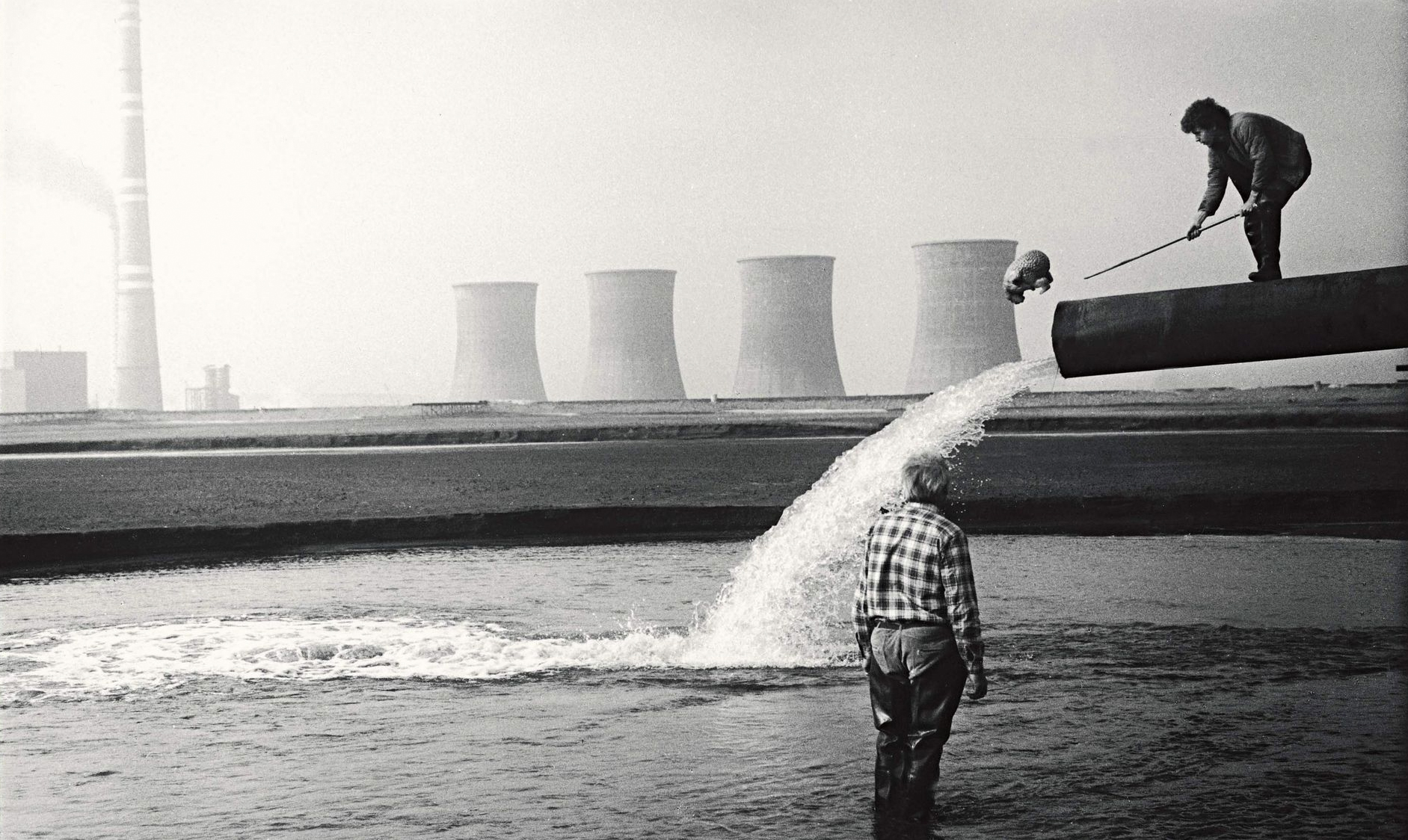 Winner of the Oscar for Best Short Film in 1988, this film is a great example of the use - and manipulation - of documentary language.

Polish filmmaker Jan Sverák makes us believe that his camera follows a group of scientists who arrive at a factory in the middle of a post-apocalyptic landscape to investigate the supposed existence of a creature that lives submerged in toxic waste.

What appears to be a true story is actually a science fiction story like you've never seen before.

English director Clio Barnard digs in the life of Andrea Dumbar, a working-class playwright who wrote three plays before dying of 29 years of age in 1990 of a stroke associated with consumption of alcohol.

Barnard uses several film resources to construct a posthumous portrait of Dumbar, the most curious being the use of several actors trained in the technique of “lip-sync” to reenact the audio-only testimonies of Dumbar´s relatives and acquaintances.

These reenactments alternate with the scenes of The Arbor, a play written by Dumbar and named after the poor neighborhood where she grew up. The staging of the play is filmed outdoors in several locations of the same neighborhood so that we see curious pedestrians watching the play as it happens.

In Kosovo, a youth hungry for new horizons dreams of emigrating to another country to have a better life. This is the case of Toni and Bleri, two young actors who are waiting for a visa to emigrate from their native Pristina.

But not being able to obtain the precious document, both friends plan to make the trip in an unorthodox way: on a rocket that they build themselves. As you can see, this short film premiered at the prestigious Visions Du Réel is a provocation.

In just 20 minutes we see scenes in which our protagonists reflect on their future and their stagnant present, as they prepare to travel to other lands in their red rocket.

Conceiving a documentary film entirely animated is in itself a challenge to the margins of the genre. Is reality being portrayed as it is? To what extent should documentary images be provided with the volatility of the stroke and color that only animation techniques have?

When we see Waking Life the answers to these questions surface in different tones, but the key to Richard Linklater´s aesthetic choice lays in the dramatic structure he chose in order to tell a story about the dilemmas of human existence, the weight of the human spirit, the dream phenomena and the infinite perceptions of reality.

The plot consists of an anonymous young man who dreams of appearing in various places, like a bar, a city street, a room or a park, where he engages in philosophical conversations with individuals of different ages and ways of thought.

The framework of our protagonist’s journey becomes so abstract that one never knows at what level of reality our protagonist is at one time or another, whether he is awake or dreaming.

The scenes have a smell of documentary because they are filmed as if they were interviews or improvised moments taken from life itself, only the color and lines of digital rotoscopy make us feel at a level of reality very far away from the mundane life. 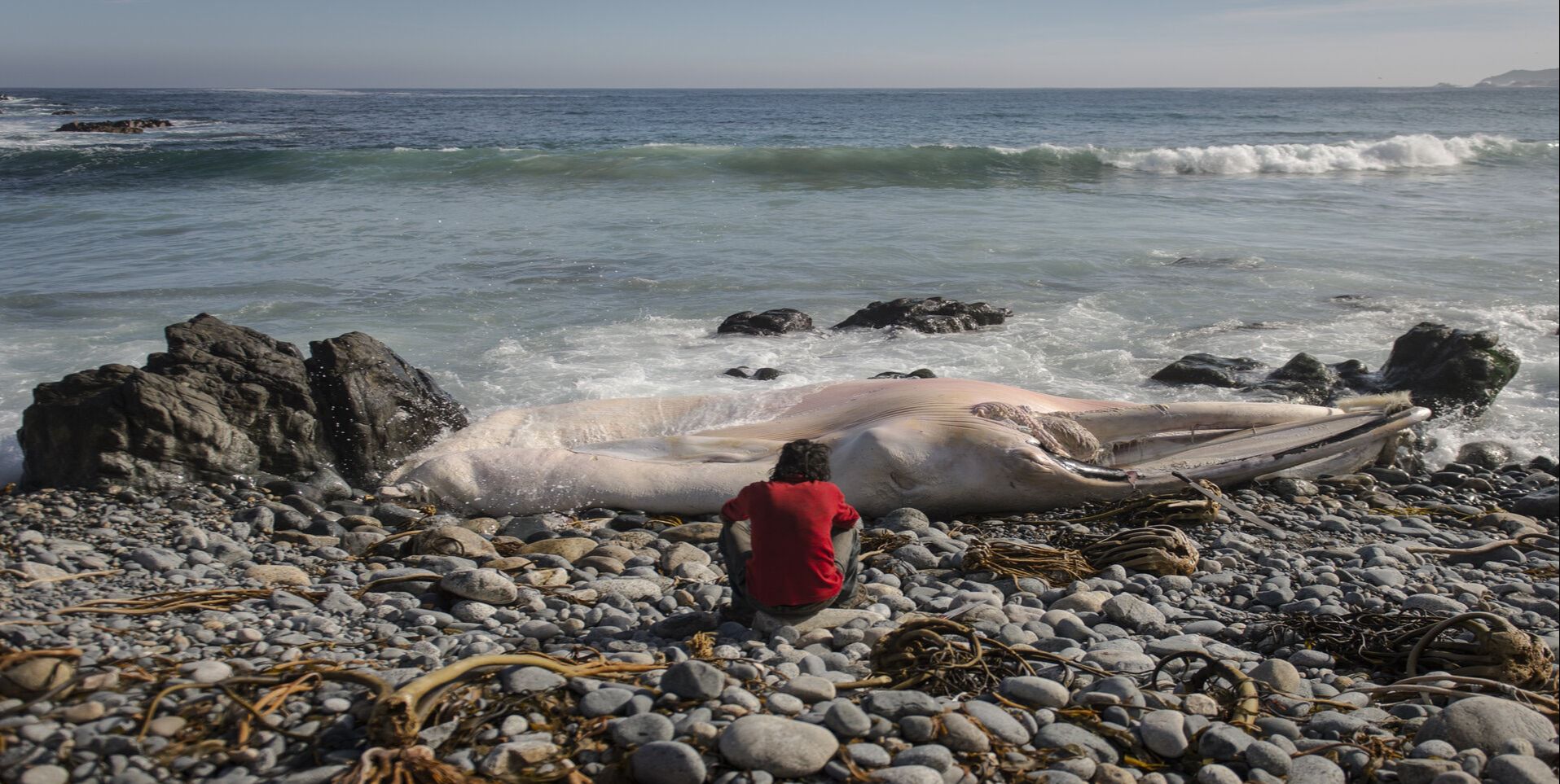 In an inhospitable landscape in southern Chile lives one of the loneliest men in the world. Director Francisco Bermejo arrives in this remote place to portray his daily life on the beach where this man lives in his humble hut.

But suddenly, what we believe to be a single character becomes many. The lonely man, in the midst of his schizophrenia and through an innate gift for acting, begins to act out various versions of himself, asking and answering questions in a conversation where his fears and dilemmas come to the surface through fiction.

Known as the “father of false documentary” English director Peter Watkins chooses the propitious location of an abandoned factory in Paris to make an unprecedented historical drama about that popular revolt that in 1871 established a brief socialist commune in the French capital.

After assembling a large cast consisting mostly of non-professional actors, in this political mockumentary, Watkins transformed the interior of the factory into a modest décor of the Paris of that time and shot in only 13 days a reconstruction of the events within the commune through a dynamic of simulation and acting improvisation.

In order to tell the story, Watkins uses the language of television coverage, in which reporters from two fictional networks, a conservative TV channel and a revolutionary one managed by the commune itself, narrate these events as they occur, interview the protagonists and infuse their political views in the images they “broadcast”.

The film, which has two versions of five and three hours, had a great reception by critics for being a portrait of a political-historical moment filmed through an ingenious cinematographic device. The best achievement of The Commune is to foster a discussion about the inherent dialogue between the facts of reality and how these are reconstructed by the media. 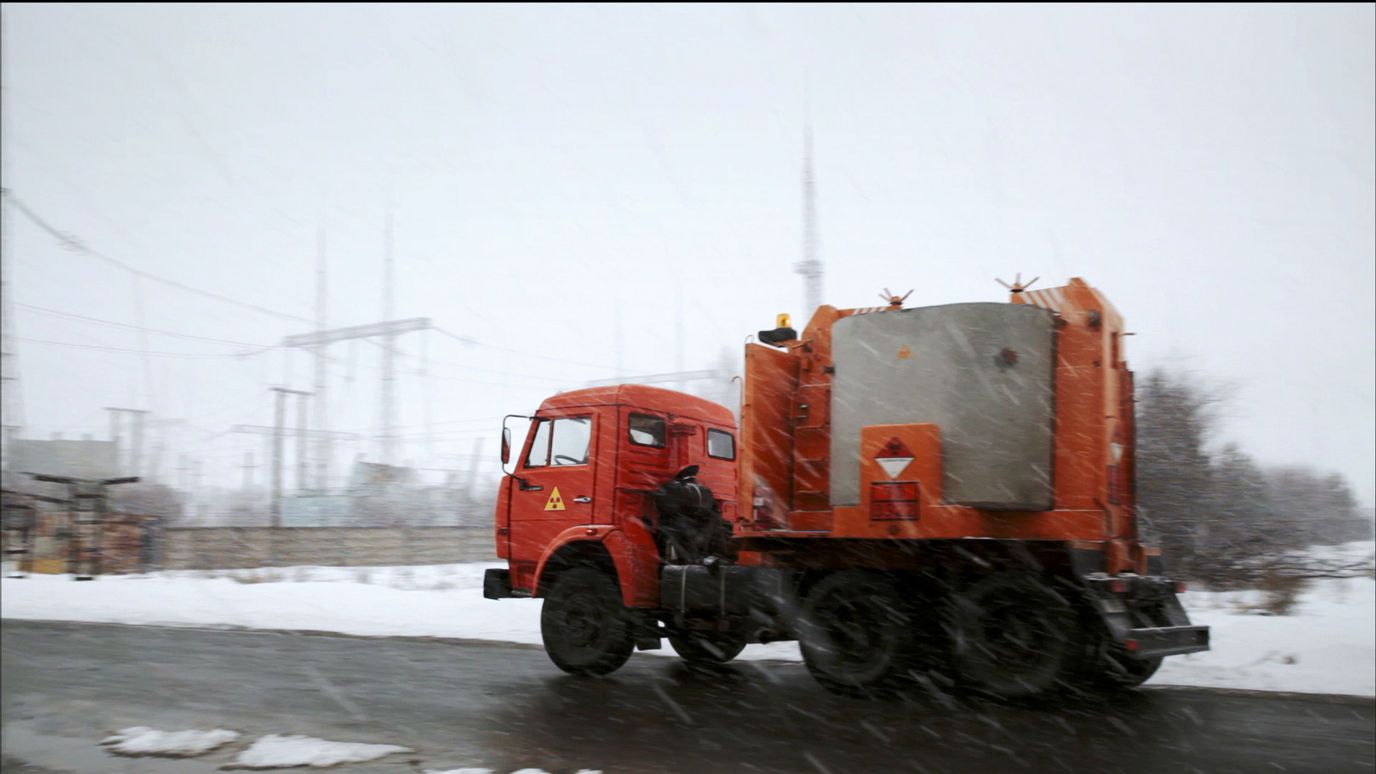 What would appear to be a quiet, monotonous record of the day-to-day life of a toxic waste driver at a nuclear power plant suddenly takes an unexpected turn.

Jogo De Escena begins with an empty theater, two chairs, lights and a film camera is all Brazilian director Eduardo Coutinho needs to create an apology about the nature of fiction within a hypothetical documentary.

After doing a casting of women with life stories to tell, Coutinho interviews those selected to listen to their own most intimate and transcendental stories. During the rhetoric, tears, laughter and doubts emerge.

Coutinho intervenes with questions and comments from behind the camera so that we only hear his voice. At one point in the film the stories we already heard begin to be repeated by other women and it is when we understand that they are now being reenacted by actresses, to the point that we do not know to whom the story belongs from the beginning.

The device of the interview combined with a staging where the implements of filmmaking, such as lights, a clapboard, or the director´s body are evident within the frame, thus revealing the autonomy of the film frame from the traditional classifications of documentary or fiction. 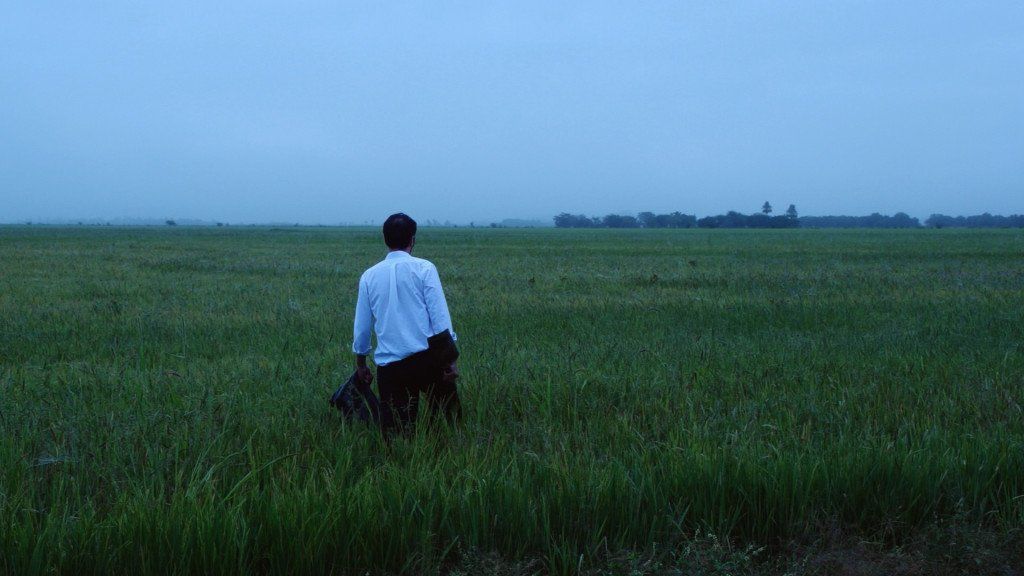 Shot in the lush landscapes of Mato Grosso, southern Brazil, this film follows an Argentinian man who wanders the local villages with a bag full of money in search of his missing brother.

Half scripted, half improvised, this almost detective-like thriller takes us into a rarely seen bucolic world, filled with memorable real-life characters that help spin a mystery with an unpredictable ending.