Because we all have dreamed of venturing into worlds of ice walls or cold, mysterious mists, what better way to do it than through the screens that we have most at hand and from the comfort of our home?

Set in places as different as China, the Swiss Alps, Antarctica or the high mountains of Asia, Guidedoc presents the following ten documentaries about cold places that you can watch now online.

This is an immersive experience that will freeze your entire living room.

What is the best thing about documentaries about cold places? 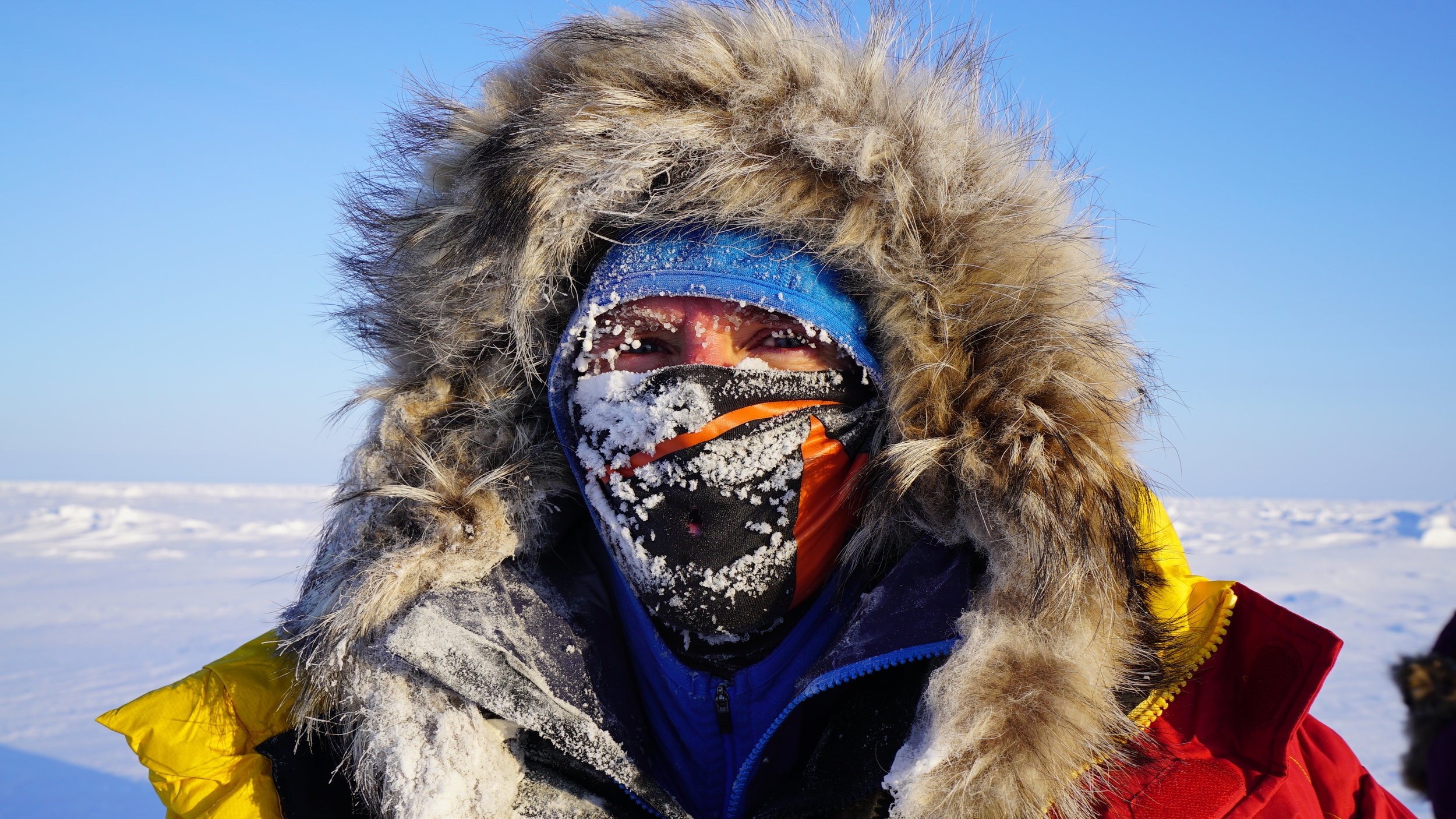 Here's a list of icy documentaries you're unlikely to find on Netflix or Youtube. Considered hidden gems, these films not only transport us to natural landscapes full of snow and ice, they also tell us stories that take place at very low temperatures and that we will hardly forget.

From a contemplative observation of the Antarctic sea, the incredible mountain descents of the most intrepid skiers, or the brave climbs and escapes of the most imaginative explorers, all these stories feature inspiring characters who love these territories of wild cold.

What are the best documentaries about cold places to watch online? 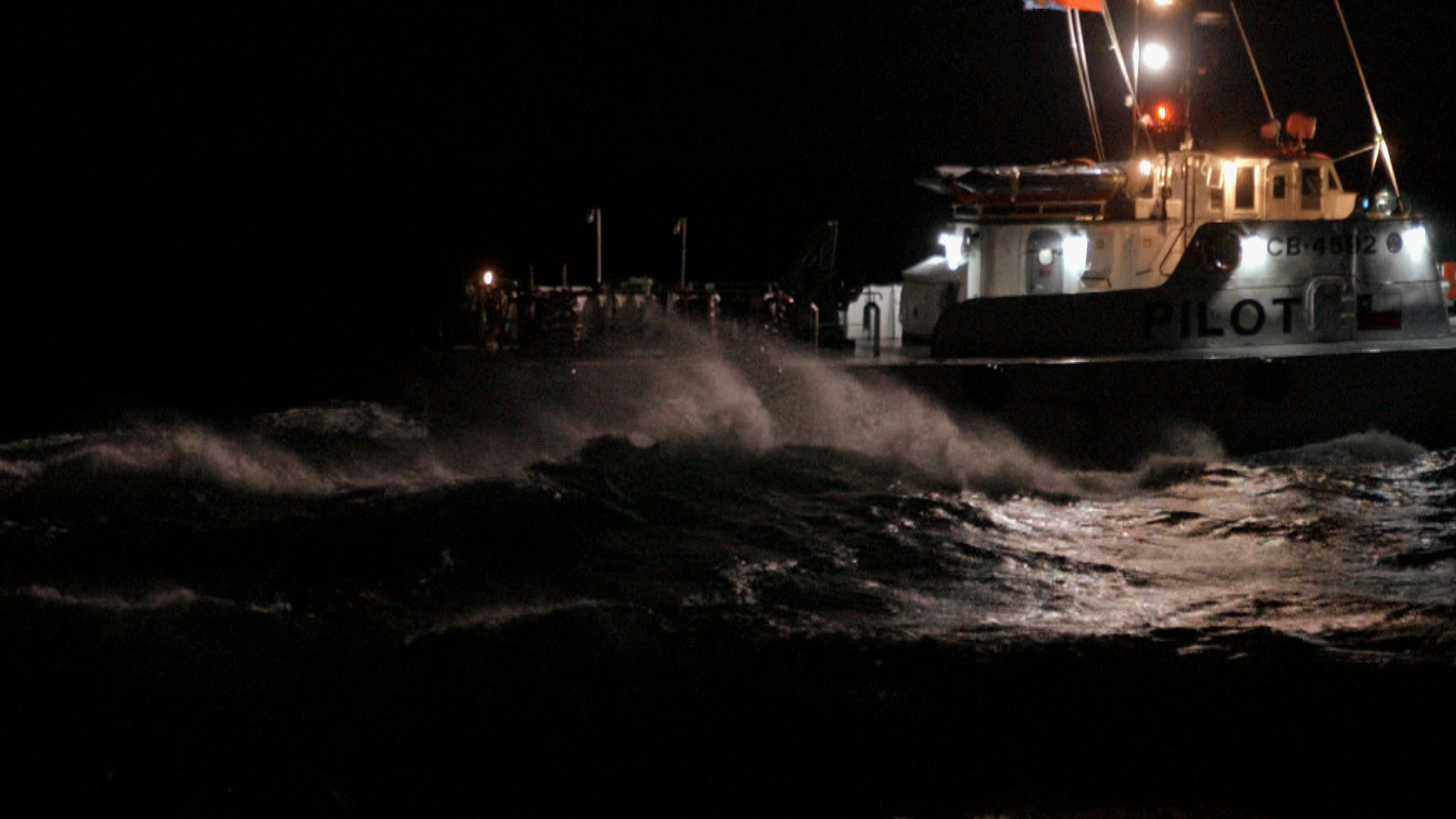 The following documentary shows that a delicate gaze through a film camera is the only thing necessary to capture even the smallest feature of an indomitable geography.

Onboard an Uruguayan Navy Vessel during its customary trip to the Antarctic, the director Carolina Campo Lupo shows us the majesty of this icy continent as opposed to the small figure of the humans who inhabit the boat.

At the beginning of the film, the focus of the story is occupied by the meticulous observation of the silent routine of the military men on board the ship, but while the pieces of ice grow larger in the sea, the gaze changes to the white territory of the Antarctic and its vestiges of civilization.

This documentary will show you the icy Mount Everest as you have never seen it before. This 60-minutes-long film was made from amateur video recordings of Serbian climber Dragan Jaćimović during his adventure to conquer the summit of the world's highest mountain at 8,849 meters!

Jaćimović was the first Serb to achieve this milestone, and the diary-style video recordings of his adventure are a way to get inside the mind of an adventurer, men and women who struggle a lifetime just to have a few seconds of glory.

The Man Who Skied Down The Everest 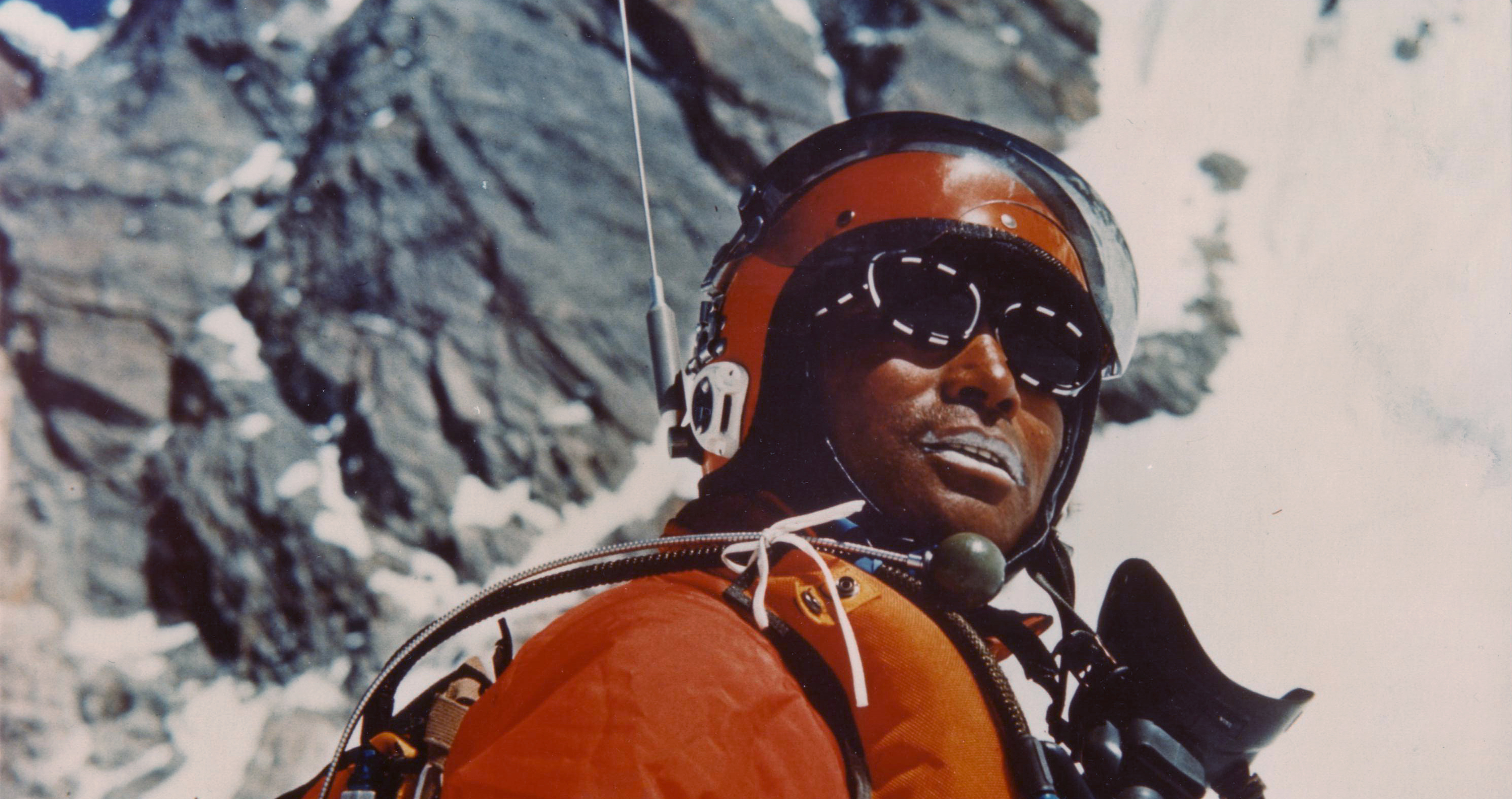 If you prefer to approach Everest from a more cinematic point of view, this Oscar-winning documentary is a perfect choice. In the film, a narrator tells the incredible story of the first man to ski down Everest over fifty years ago!

In 1970, Japanese skier Yuichiro Miura donned his red suit and his favorite skis to do something no one had ever dared to do in the history of skiing. Without a prepared route for such a descent, Miura slid down the world's highest mountain with only his experience and daring to give us a lesson of bravery. 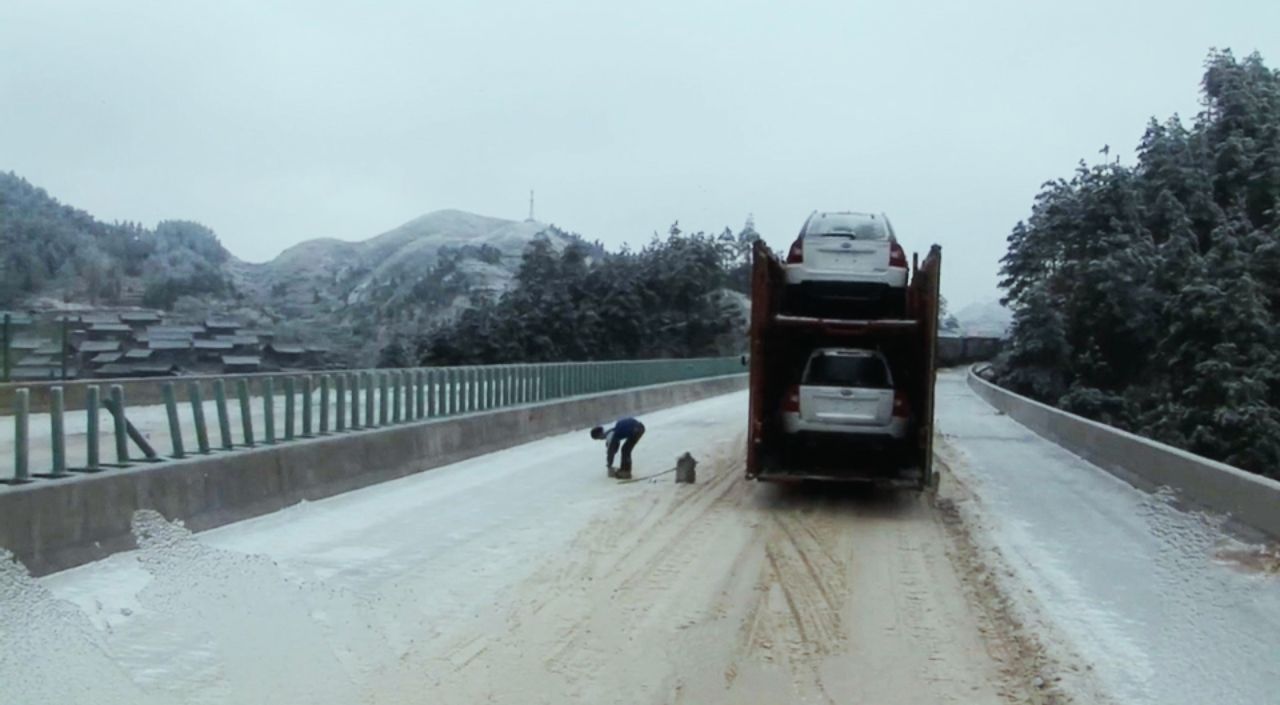 When the shooting of a documentary she has previously planned was canceled by a fierce snowstorm, filmmaker Yang Yishu had to improvise a new story in the midst of these harsh weather circumstances.

The film follows two drivers of a cargo truck as they try to reach their destination in the midst of this freezing storm on the roads of southern China. Improvised, rough, and claustrophobic. This is one of those beautiful rarities of the documentary world. 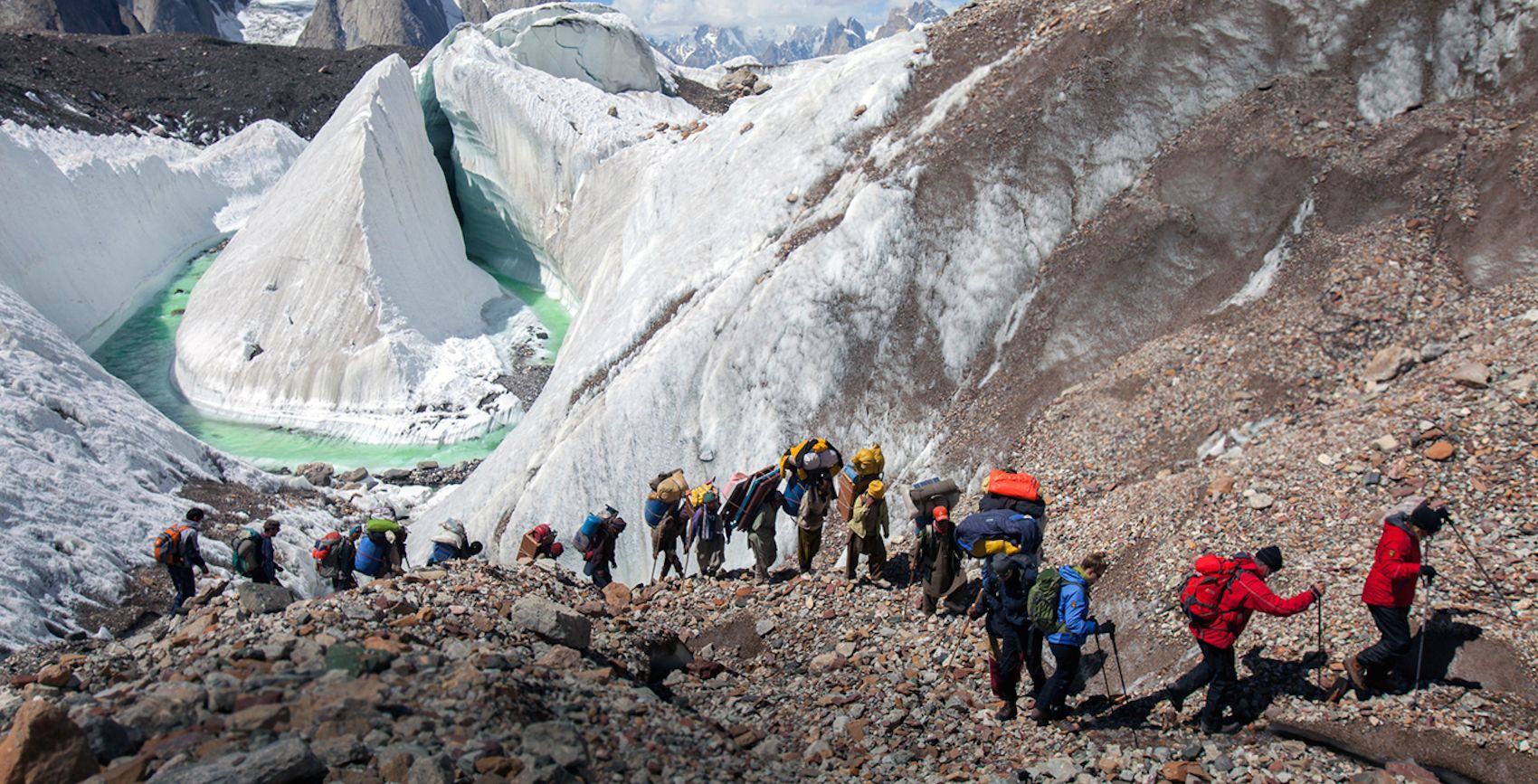 After Everest, K2 is the highest mountain in the world. Located in the Himalayas, the summit of K2 is perhaps the most difficult to reach and many explorers have perished in their attempt.

This documentary follows four climbers as they attempt to scale K2 in honor of their parents, who died years ago on their ascent of the great mountain.

Inspiring and heart-warming, the film shows us the majestic and cold landscapes of the Himalayas through the moving experience of these brave explorers.

This kind of essay film takes us to one of the least captured cold landscapes on screen, at least not in winter. The American west is known for its hot, desert-like “Western” landscapes, but not in its snow and ice-covered version.

This documentary follows filmmaker Mathieu Lelay on an introspective exploration of this untamed territory.

Short, experimental and aesthetically beautiful. This short documentary is a silent observation of a microcosm of skiers located in the Swiss Alps. Every skier's favorite place!

Welcome to the Arctic, at the North Pole, the coldest place on the planet.

In this documentary, we will learn about this beautiful and untamed polar region from Lonnie Dupre, an explorer who has dedicated more than 25 years of his life to inhabiting the Arctic and raising awareness about the climate threat it faces.

Drawing on the knowledge he learned while living with the indigenous Inuit tribes, Dupre traverses vast miles using dogsleds, kayaks and skis as part of his inspiring adventure. 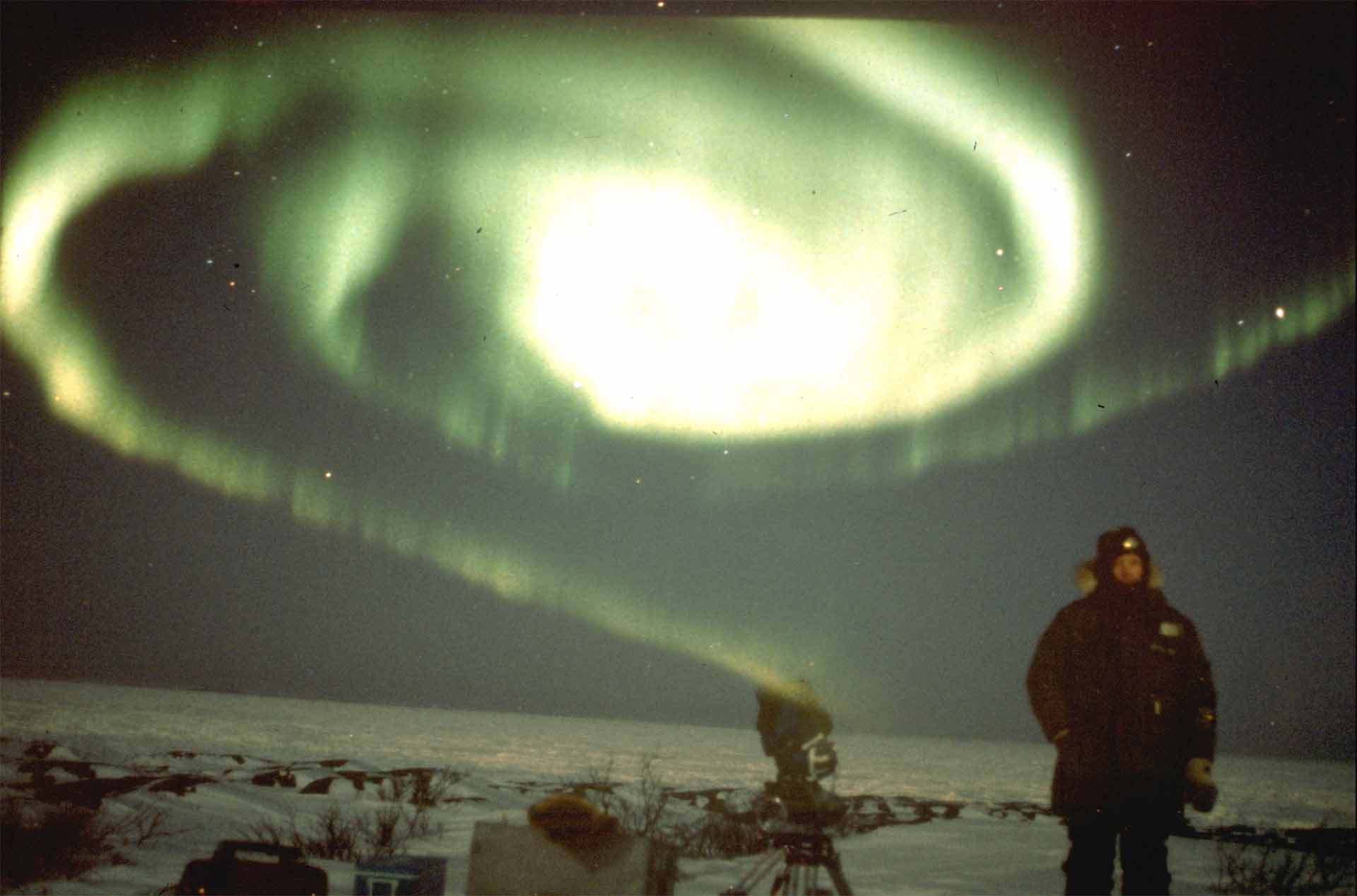 In frozen areas of the planet, some explorers go in search of unforgettable views, impossible to have near civilization, and the protagonists of this documentary go in search of surreal images that can only be found in certain Arctic areas.

Renowned filmmaker Peter Metler follows a group of scientists during their expeditions to three locations in northern North America to capture the electromagnetic phenomenon of the aurora borealis or the so-called "Northern Lights".

A film you simply can't miss.

If you thought there were great explorers out there, imagine the ranking of one who has beaten cancer twice and continues to put himself to the test in the icy wilderness.

This is the case of Sean Swarner, a two-time cancer survivor who now faces his greatest challenge in life: becoming an Explorer's Grand Slam-scaling champion.

To do so, he must reach the highest point on all continents and then hiking to the North and South Poles, something only an exclusive group of people have managed to do.