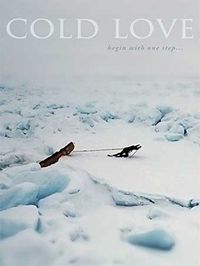 For the past 3 decades, Arctic explorer Lonnie Dupre has traveled - by dogsled, skis and kayak - more than 15,000 miles throughout the High Arctic and polar regions. His life-long love of the Arctic and the knowledge he has gained by traveling and living with the Inuit people has led him to pursue one aim: advocating for these fragile Arctic environments that impact the well being of the whole planet.

Cold Love, our planet of ice and snow

Lonnie Dupre's more than 25 years of exploration of the Arctic are the main narrative corpus on Cold Love. The film invites the viewer to an immersive experience to the coldest territories on planet Earth.

Using video recordings of his different expeditions to Alaska, Greenland, Minnesota, and the North Pole, Dupre's presence across those inhospitable lands is seen as an apology of the harmonious relationship between humanity and the whitest nature.

Making his way through the snow by dogsled, with his skis on, or using a kayak, Dupre's journey through the Arctic takes on the value of reminding us that this fragile ecosystem functions as a thermostat of the planet's temperature.

Climate change and the subsequent ice melt come as an urgent reality to confront.