These are the best movie documentary posters in history

Here at Guidedoc we love everything that has to do with cinema, including popcorn, a fast streaming connection, and, of course, movie posters! In this article, we present the best documentary posters in the history of cinema in our humble opinion.

From the works of documentary film legends such as Werner Herzog and Errol Morris, through rare gems of the genre directed by the legendary Eduardo Coutinho or Margot Benacerraf, to the new generation of multi-award winning filmmakers such as Bryan Fogel and Orlando von Einsiedel, the following list presents a varied panel of designs and aesthetic proposals.

So, what is your favorite?

But, how to make the best movie poster?

A good movie poster is the graphic synthesis of a film. The tone, the color palette, the genre, the main emotion of the plot. These elements should permeate the entire poster design so that it truly represents the film being promoted.

But let's not forget that the poster is, first and foremost, a marketing tool.

Traditionally collated in various sizes, but always in a vertical orientation, a poster must be attractive enough to stand out from the rest of the posters on the walls of the theater corridor.

To achieve this, the graphic designer requires intelligent criteria in terms of colorimetry, composition and above all, narrative synthesis.

It is said that the best poster is the one that manages to illustrate the central conflict of a story with the most optimal use of geometry, color and symbols.

So, what are the best documentary film posters? 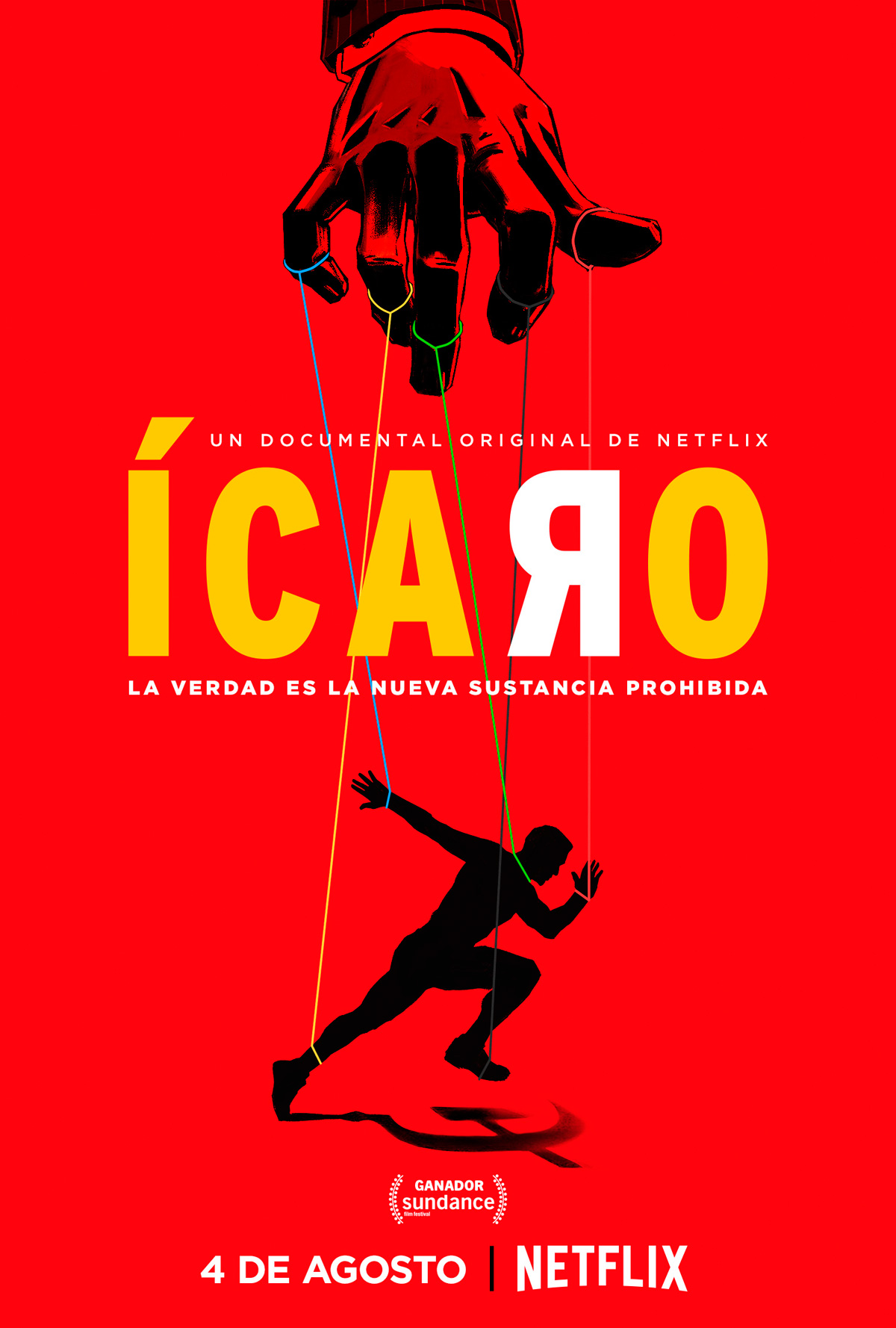 Inspired by the two-dimensional illustrations common in Albert Hitchcock's thriller movie posters, this Oscar-winning Documentary Feature uses few elements to suggest the veiled story in the world of professional sports that is unmasked in the film. 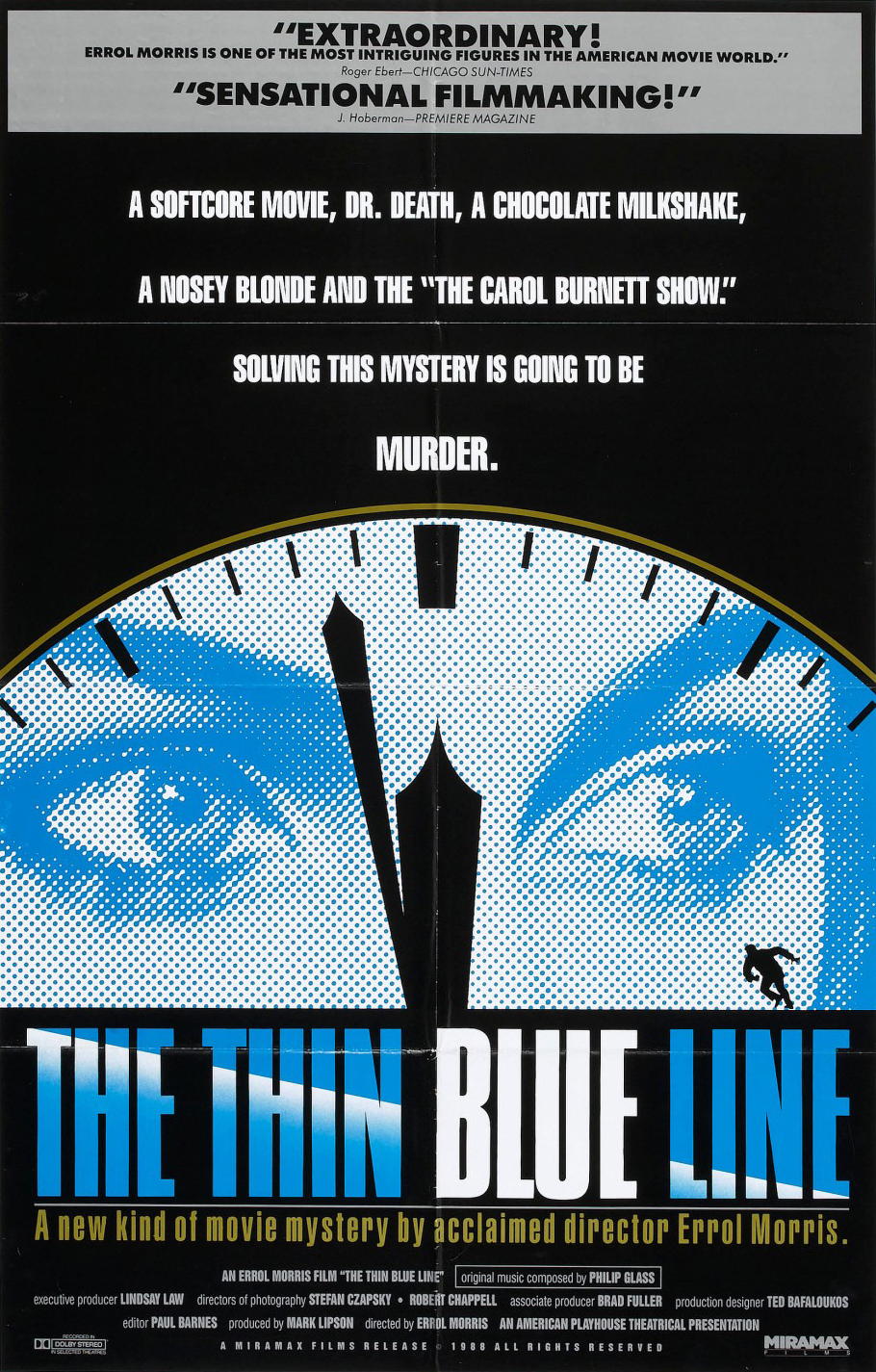 Released in 1988, the poster for this pioneering film in the true-crime documentary genre condenses in its design the aesthetic transition from the 1980s to the 1990s.

The eclectic design, mixing illustrations that evoke a clock (the countdown), inked photographs and letter fonts with glossy effect with a sober use of blue tell us of a proposal that combines the traditional with the audacious, seeking to bring this story of death and crime to a wide audience. 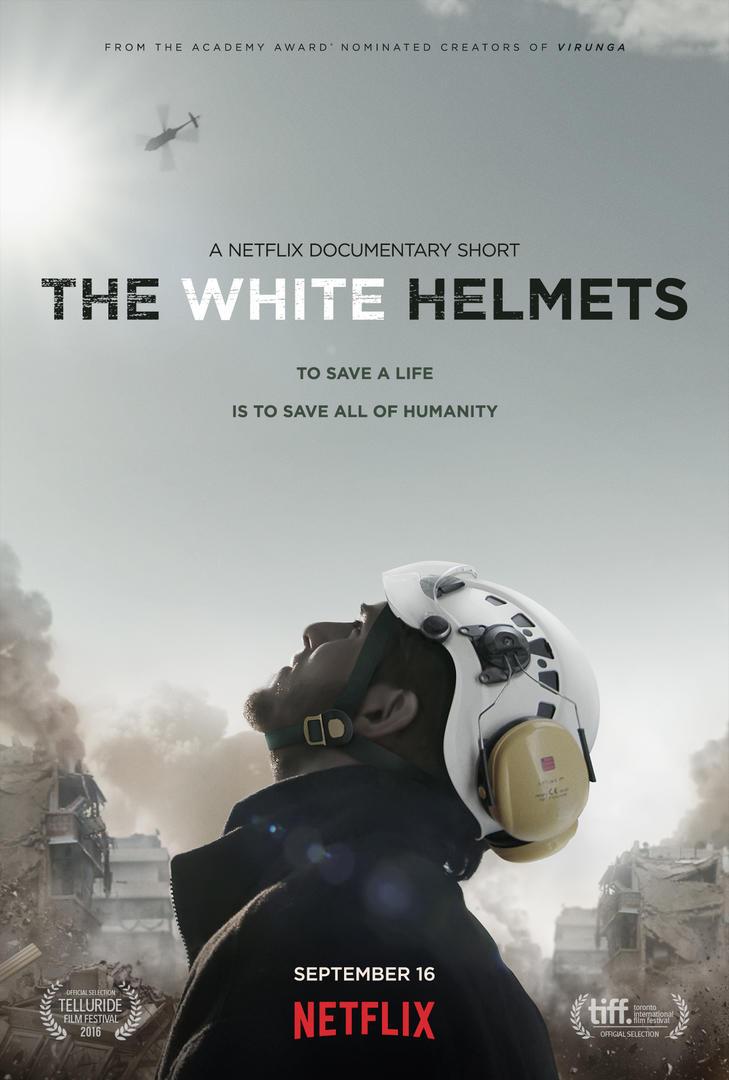 Navigating between the sci-fi symbology and the war documentary, the poster of this short film about a rescue group in the Syrian city of Aleppo caught the attention of all the voters for the academy awards in 2018, when this film directed by Orlando von Einsiedel won the Oscar for best short documentary!. 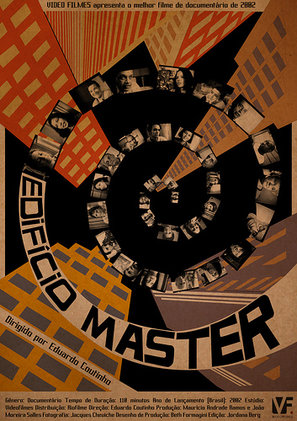 This documentary is a classic of Latin American cinema. Directed by Eduardo Coutinnho, the film is a mosaic of interviews with the dwellers of "Edificio Master", a condominium in Copacabana, Brazil.

The poster has a spiral design, possibly inspired by "Vertigo", the iconic film by Alfred Hitchcock, and denotes the kaleidoscopic structure of a film that borrows fragments of the lives of several residents of the building to talk about a single theme: humanity. 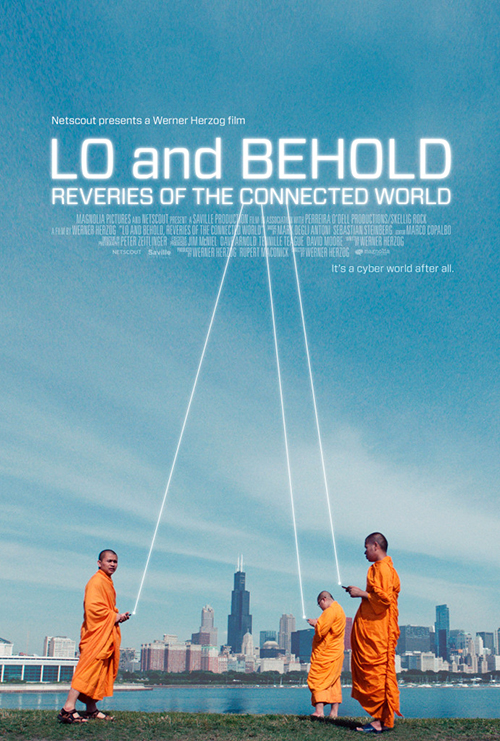 This poster could be the one that best condenses the theme raised in its documentary.

In the film, the renowned filmmaker Werner Herzog now explores the subject of cybernetics and new communication technologies and how they are changing the way we relate.

The poster contrasts Buddhist monks with the contemporary use of cell phones, those small, omnipresent and all-powerful gods of our days. 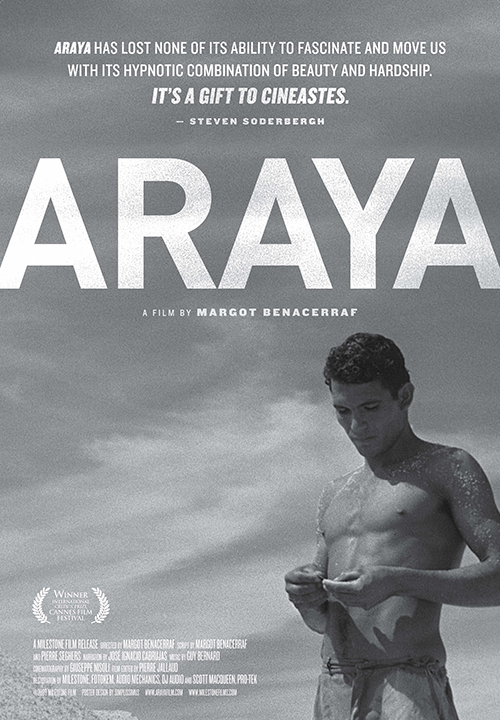 The inclusion of this poster on our list is a tribute to minimalism. Araya is a poetic documentary made in 1959 in the salt flats of Araya, in the far east of Venezuela.

The film won the Critics' Award at the Cannes Film Festival - together with Hiroshima Mon Amour - and became one of the jewels of world cinema.

Since then, the largest film distributors had made new releases of the documentary with various posters that denote the human and naturalistic approach of Margot Benacerraf, the director of the film. 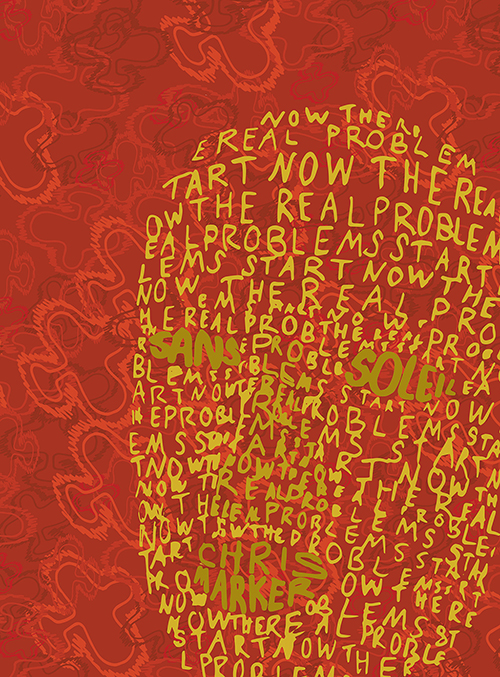 Considered the most emblematic film of the master of the essay documentary Chris Marker, Sans Soleil cannot have a better representation than with this poster.

In the image rests an unconventional and highly symbolic design, just like Marker's cinema.
The title of the documentary and the name of the director are hidden in the form of a human face made of the repetition of the sentence "The real problems start now".

In the reddish background several airplanes swarm symbolizing the different voyages that compose the narrative of the film. 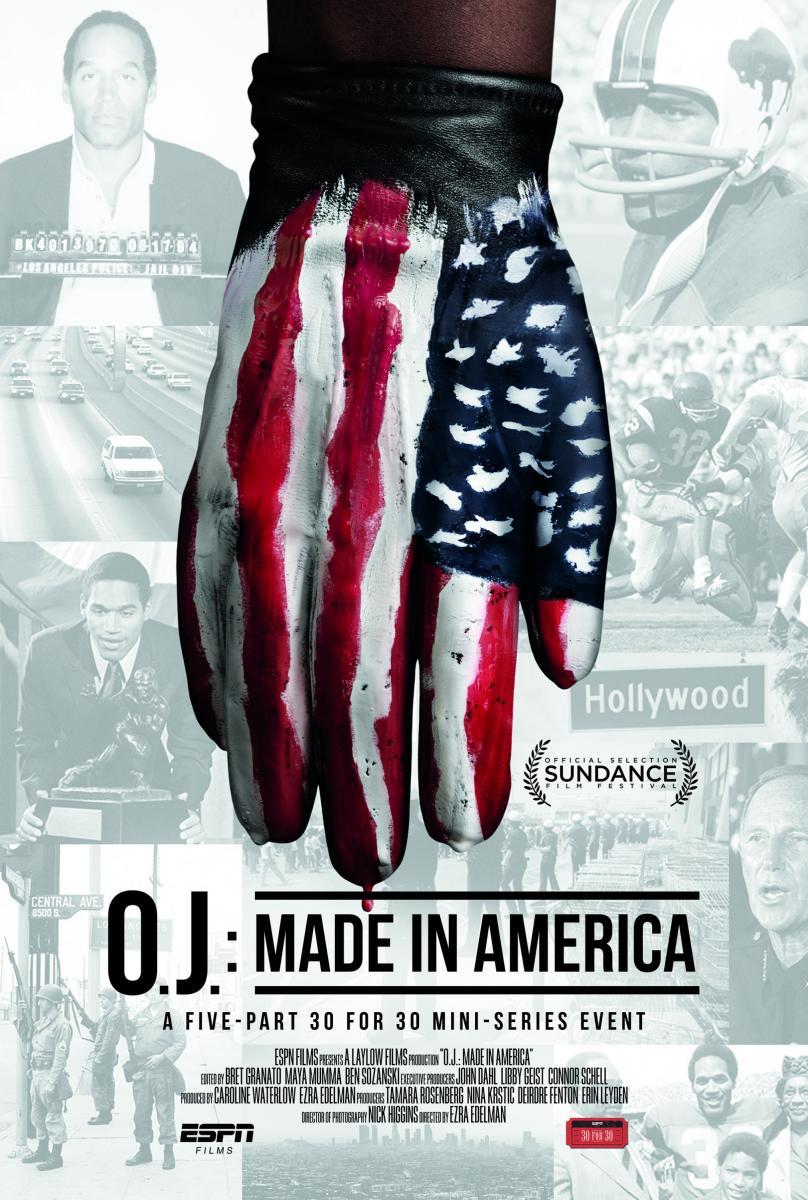 Anyone who has seen news and TV shows about the 1995 O.J. Simpson trial has heard about the existence of the famous leather glove that the former football player tried on in front of the witness stand and that ended up being false proof of his innocence.

This Oscar-winning documentary uses the symbol of the glove painted with the American flag to synthesize with this single element the filmmaker´s perspective of the trial more than twenty years after the event. 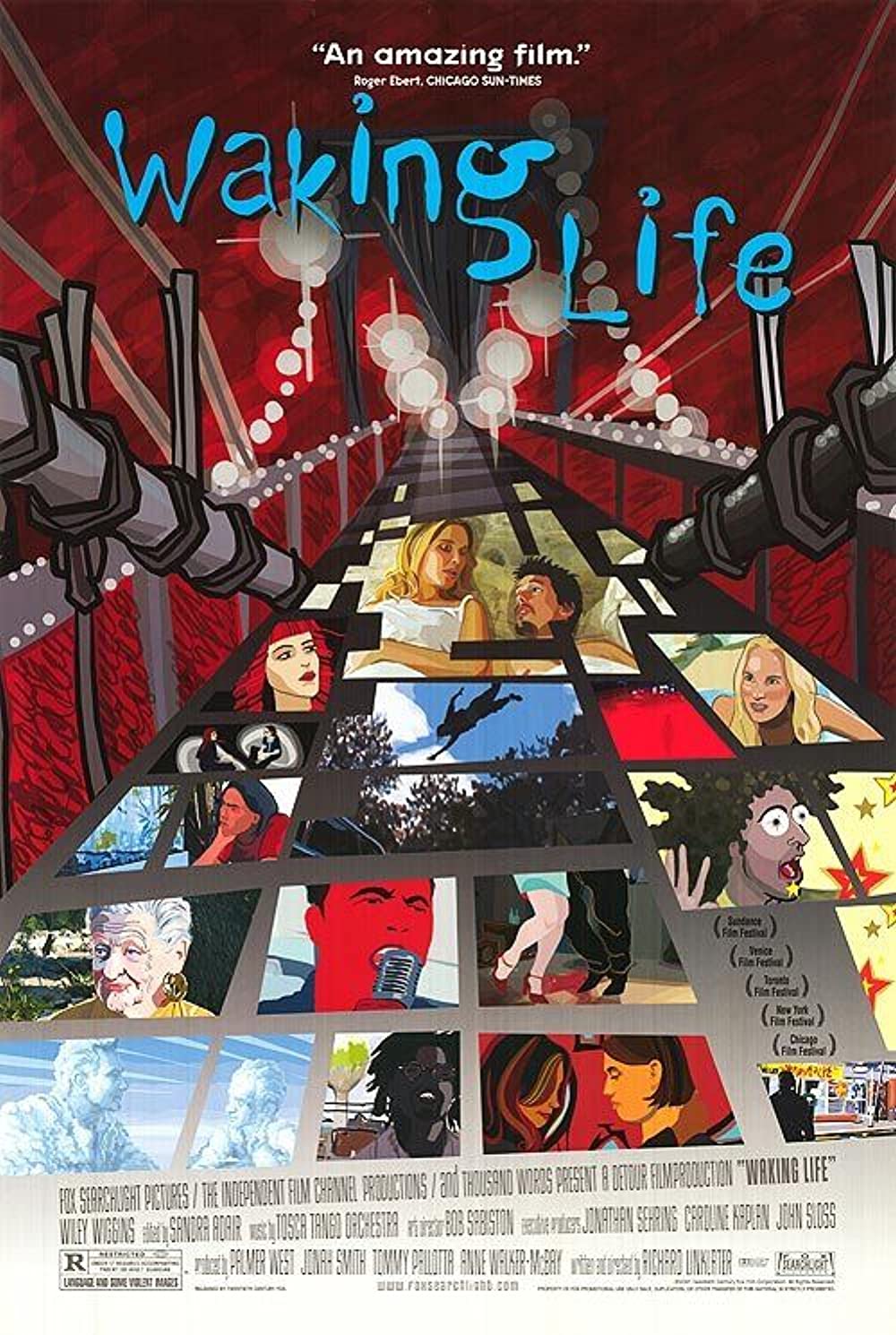 The poster for this bold and rare animated documentary couldn't help but use the rotoscoping technique that the entire film was made with for its design.

Combining the ironic with the kisch, and evoking a certain improvisation in the lines and strokes of the font, a set of stills from the film are arranged in a sort of New York bridge that manages to evoke the psychedelic journey we experience in the film.

March of the Penguins 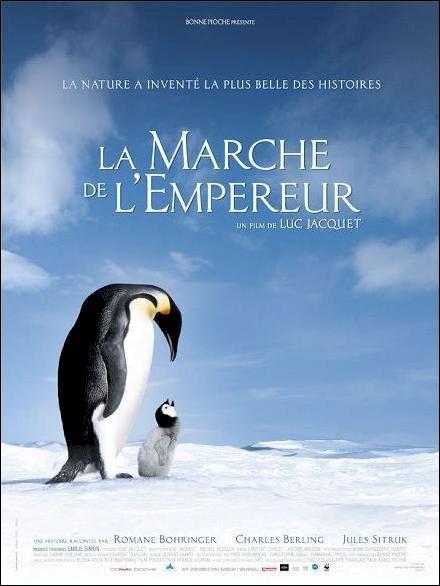 The poster of this documentary refers to the minimalism of the location where it was filmed: Antarctica.

Combining the white of the ice and the blue of the sky in the background, the foreground highlights a mother penguin and her baby amidst the inhospitable landscape. It is undoubtedly the poster with the most emotional power on the whole list!