These serial killers documentaries are a must-watch

For fans of the genre, or just for those who have it as an irresistible guilty pleasure, here is a list of the best 10 documentaries about serial killers to watch online.

All these true-crime movies have in common a series of elements: crime scenes, interrogations, confessions, deceits, innocent blood, death but, above all, cunning.

What are the latest documentaries about serial killers?

But what makes a serial killer documentary a must-watch?

Apparently, what attracts us so much to these gory real-life stories is knowing in detail how these criminals get away with not getting in prison in incredible ways using a cunning as brilliant as it is repulsive.

It is not only the impact of the real facts, but how the filmmakers build a plot full of suspense to, little by little, present us with a psychological image of the murderer beyond merely spinning the bloody events he perpetrated.

Fans of this genre are not only looking for a historical review of the facts, but a story that makes us hold our breath, feeling that someone is breathing down our necks. It's all about knowing how to make a suspense documentary!

Here's a quick look at the 10 serial killer documentaries of this list: 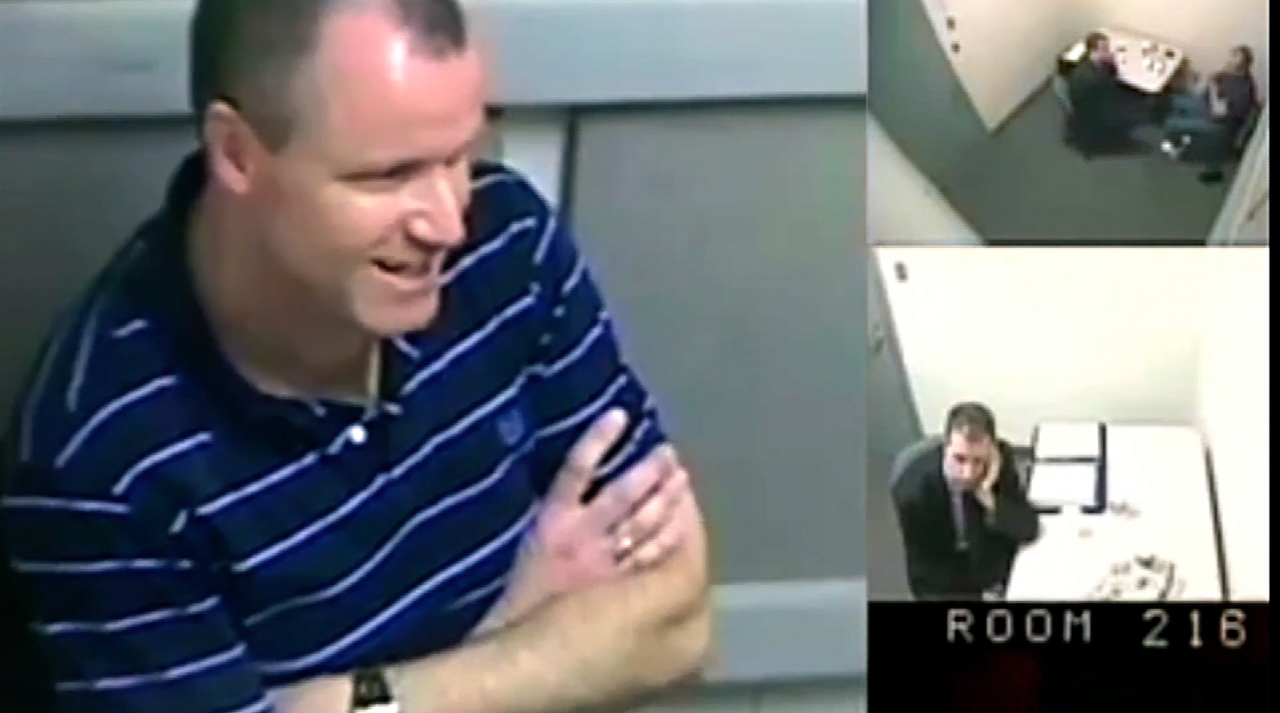 The room 216 of a police station in Ontario, Canada, will be the site of the events of a very particular interrogation. The protagonists are detective Jim Smith and a military colonel suspected in the murder case of Jessica Lloyd, a woman who has been missing for several days.

The documentary is a synthesis of a claustrophobic 10-hour long interrogation in which Detective Smith uses the stereotype of the good policeman to, little by little, dig into the soul of the suspect, who gradually yields to the truth and finally describes with visceral detail how the woman was abused, killed, and disappeared.

The documentary ends with a devastating act of sincerity by the suspect when asked by Smith. A documentary as rare as it is unsettling.

2. Conversations with a Killer: The Ted Bundy Tapes 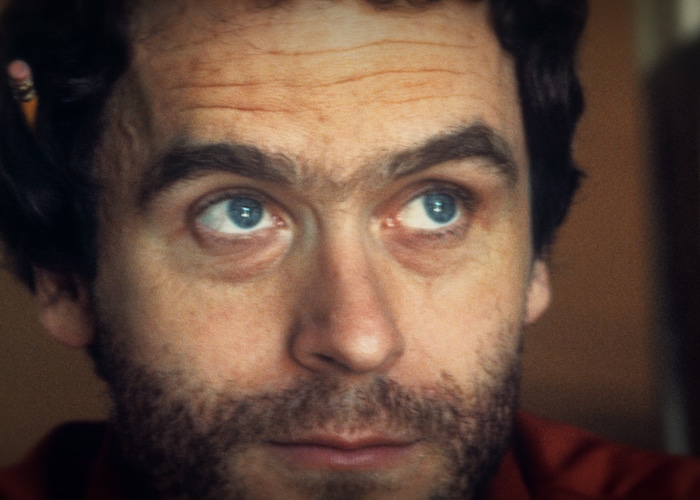 Ted Bundy has been one of the most notorious serial killers in the history of the United States. After committing horrendous crimes against women he selectively harassed with silk hands, Bundy was caught and imprisoned.

Years later, he agrees to give a series of interviews to a journalist, which were immortalized by an audio recorder. These tapes are the main narrative material used by this Netflix docuseries where we know, from his own deceiving voice, the biography and soul of this unfortunately famous serial killer. 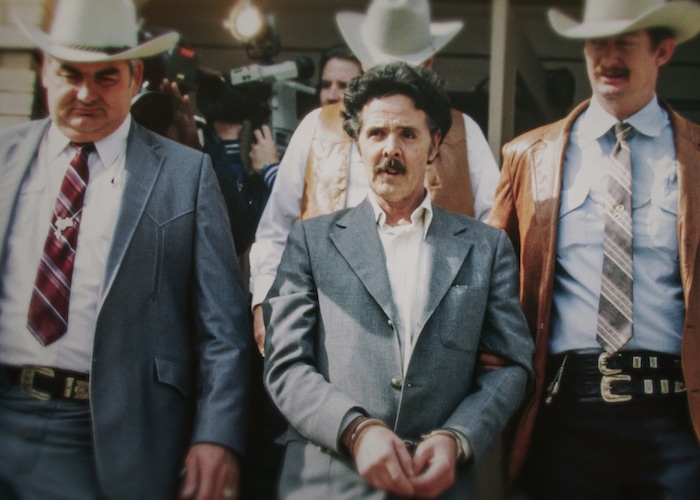 Henry Lee Lucas confessed to having murdered more than one hundred women in the south of the United States throughout his life. His confessions were recorded in court, since one of the conditions he requested to make them was that television cameras capture his testimonies.

But was Lucas really a serial killer? This engaging Netflix docuseries unveils one of the greatest farces in crime history. After having given horrific fabricated details of his murders to dozens of women, it was later found that everything he said was false, except in one case – yes, only one - of which he was found guilty. 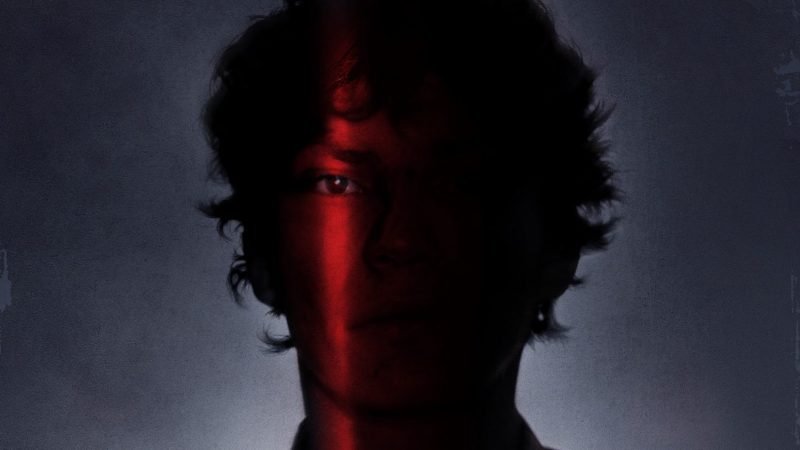 While other serial killers documentaries focus on the moody soul of the killer, this Netflix film about the infamous serial killer Richard Ramirez, who terrorized Los Angeles in the 1980s, makes us look at everything Ramirez damaged in his wake. In the film, the families of his victims are essential protagonists, as are the police detectives who relentlessly pursued him.

There are also testimonies from the city's own inhabitants, who, in the end, were the ones who caught Ramirez. 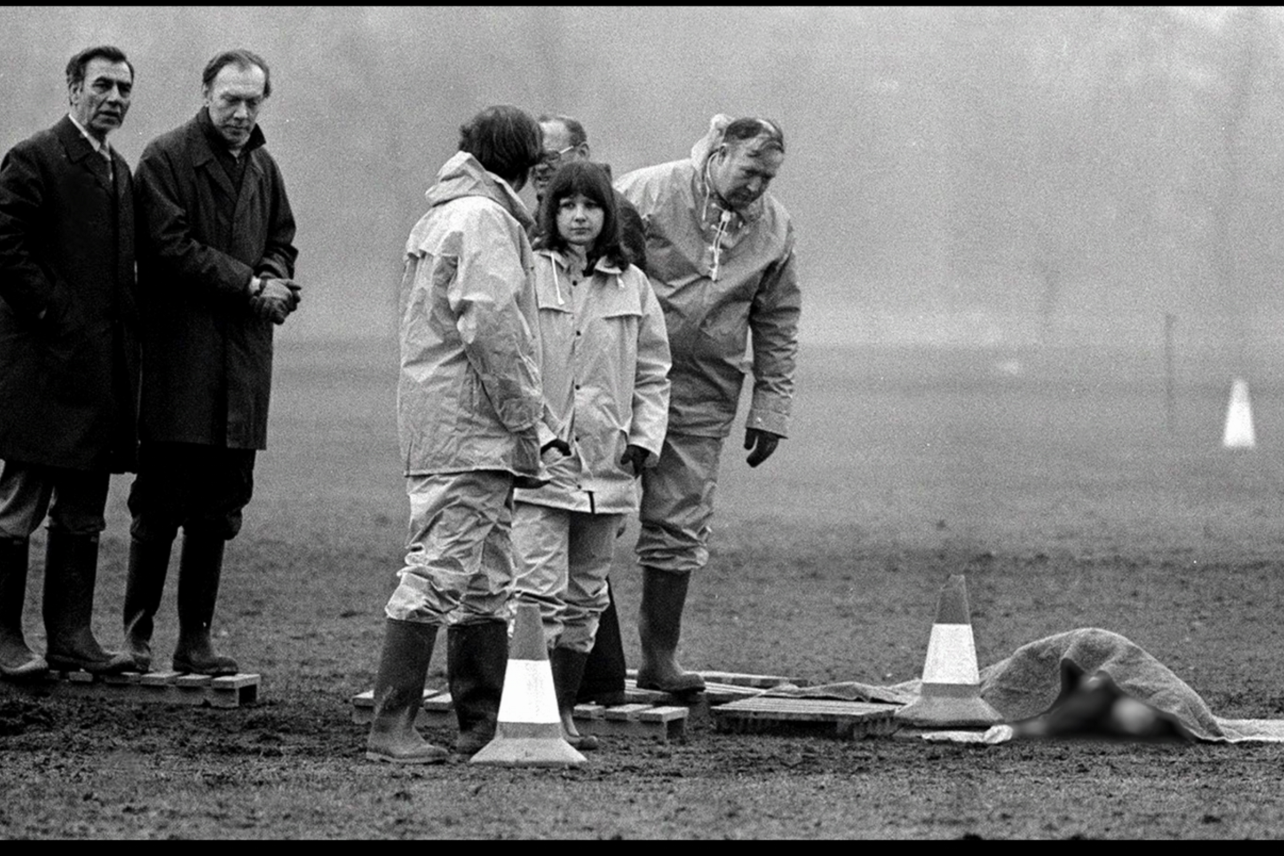 This documentary takes us to the other side of the Atlantic, to the dark late seventies and early eighties in Yorkshire, UK.

This Netflix product deals with the bloody murders of women perpetrated by Peter Sutcliffe, called in those years The Yorkshire Ripper, who took the lives of thirteen women and tried to kill several more until he was finally arrested and imprisoned after five years of street horror. 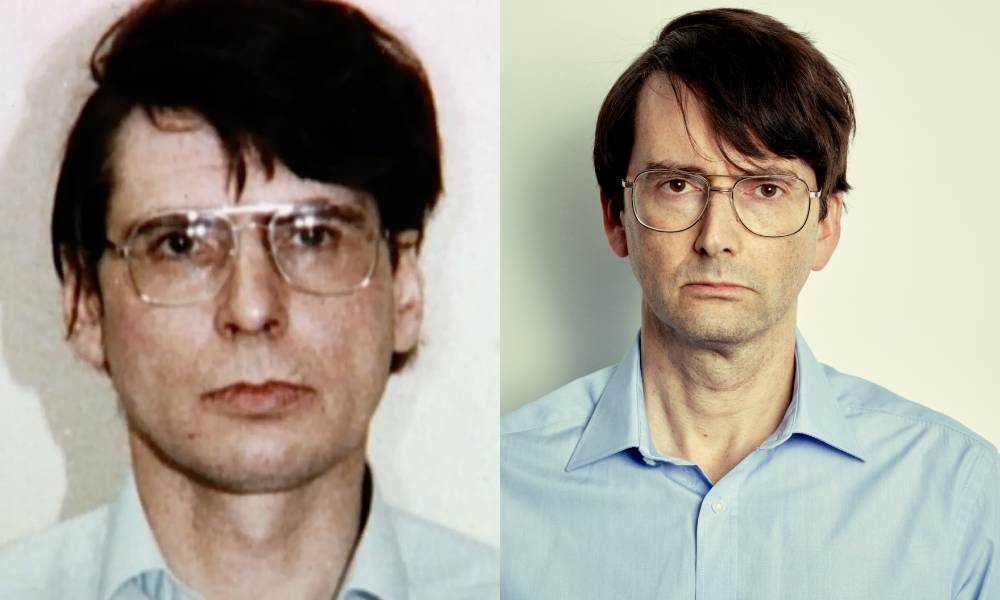 Let's stay in England for a while longer.

While Peter Sutcliffe was spreading his terror among women in Yorkshire and Manchester, serial killer Dennis Nilsen was chasing and killing men in London. In the late 1970s and until 1983, Nilsen killed 15 victims and also abused their corpses.

This documentary released on British television was a sensation as it reviewed the psychology of one of England's most hated killers, who would irretrievably end up serving a life sentence in prison. 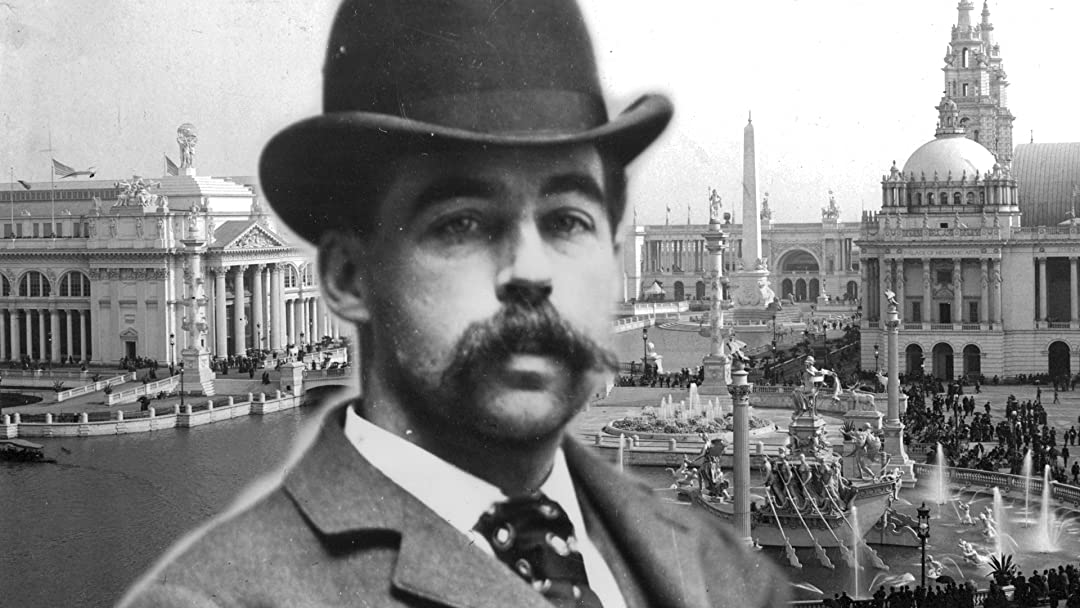 For fans of true-crime documentaries who also have an interest in history, this film is just perfect.

Born in 1861 in New Hampshire, Herman Webster Mudgett is supposedly the first serial killer in history. Although it can be a bit tedious to watch due to the numerous black and white, old footage, this is a valuable document for understanding the origins of the serial killer stereotype in America.

8. Tales of the Grim Sleeper 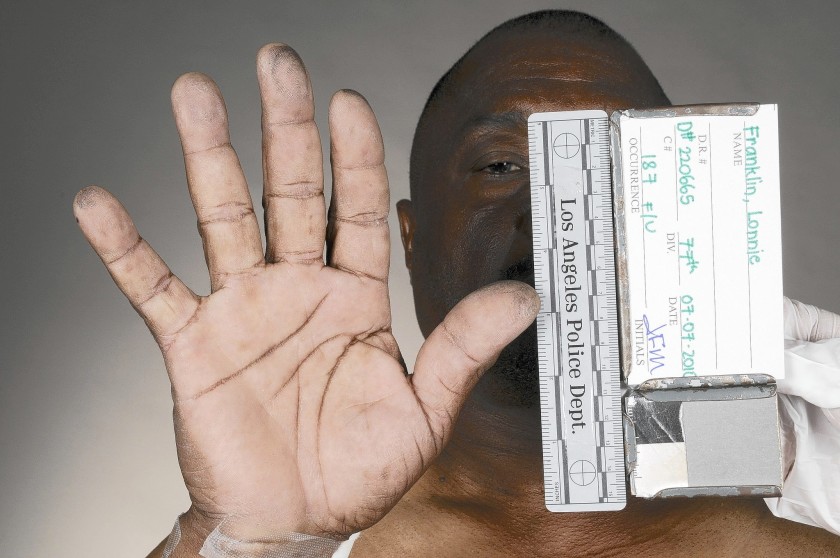 Let’s get back to Los Angeles.

This documentary recounts the curious case of serial killer David Franklin Jr, who was found guilty of killing 10 women over 25 years. The odd thing is that Franklin took a 15-year break without committing murders - or at least that's what was ascertained - which is why he was nicknamed "The Grim Sleeper". 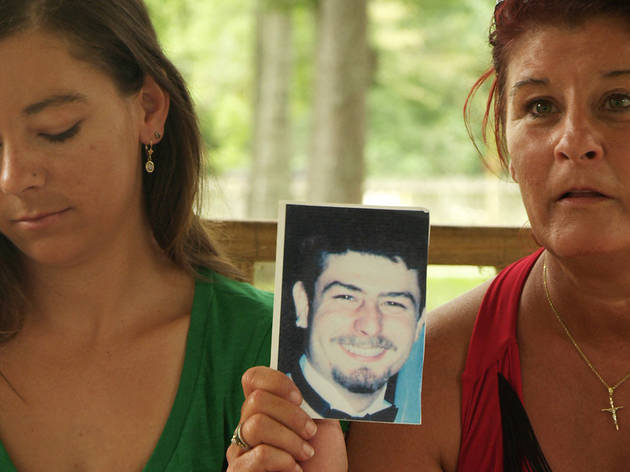 Due to the type of victims he chose - black men from the margins of the city - The Bayou Strangler's murders attracted little attention from the public or even the authorities in southern New Orleans.

Ronald Dominique, his real name, acted invisibly for ten years killing and raping 23 unfortunate men. The chaos of Hurricane Katrina didn't help to get Dominique caught either, until he was finally sentenced to several decades in prison for his horrible crimes. 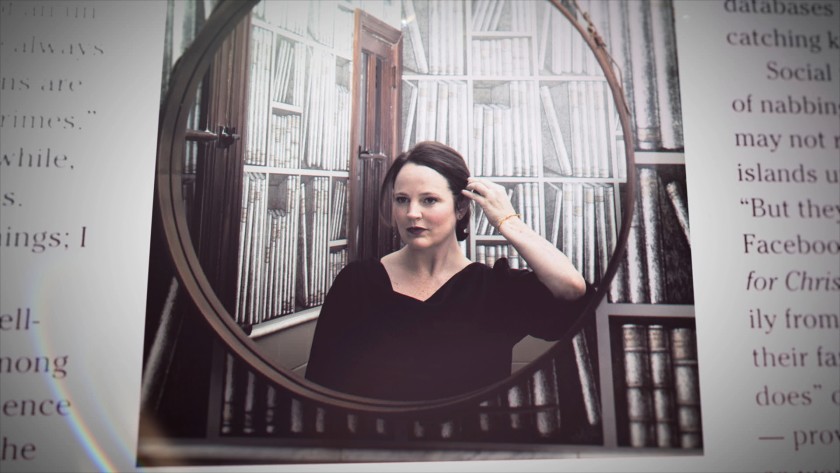 This is undoubtedly one of the best documentary series about serial killers we have ever seen.

Each of the six episodes tells the story of the tortuous and risky investigation by writer Michelle McNamara, who dedicated several years to unravel the mystery behind the murders of the famous Golden State Killer, whose identity was never discovered.

This true-crime series is an adaptation of the book of the same name published in February 2018.