Kurt Cobain has been one of the most important figures in contemporary popular music. Some might even consider Nirvana’s ex-leader a legend amongst legends. But his life was marked by both success and pure darkness.

Here at Guidedoc we present three documentaries that will take us on a revealing journey to the most mysterious side of Kurt Cobain.

Who was Kurt Cobain?

Kurt Cobain was the songwriter, guitarist and lead singer of the grunge band Nirvana, founded in Seattle, United States in 1985. The band's first big hit was the single "Smells Like Teen Spirit", which catapulted Nirvana at the top of the music charts of that time and positioned Cobain as the ambassador of a whole generation.

However, Cobain was always a figure of ambiguous character and often showed himself to be misunderstood musically and philosophically by his followers. In addition, the pressures of his sudden fame, his relationship with guitarist Courtney Love and his heroin addiction were difficult to bear. He decided to take his own life in 1994 at his home in Seattle.

What are the best documentaries and films about Kurt Cobain? 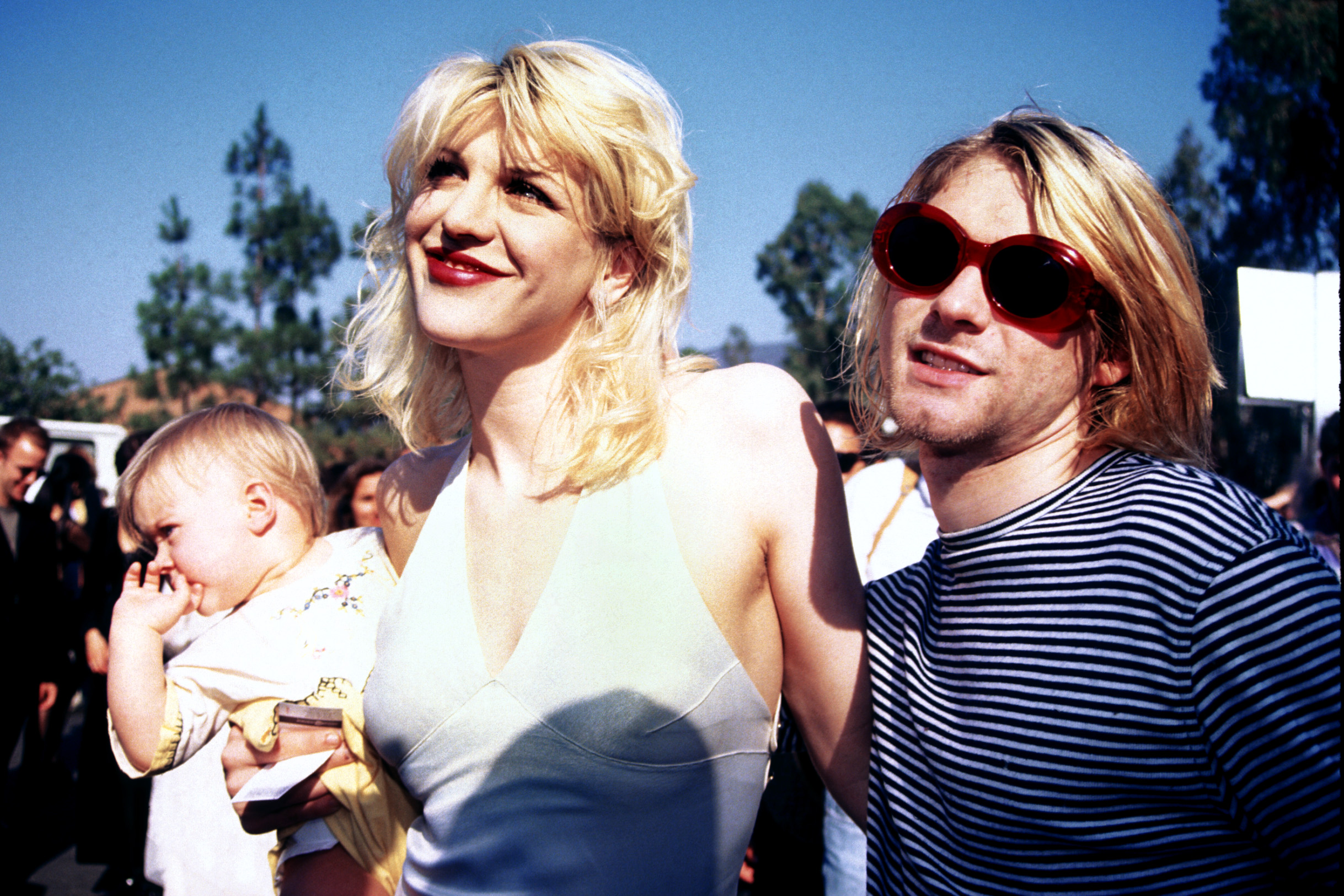 Filmmaker Nick Broomfield was the first person to embark in the dark and mysterious life of Kurt Cobain. The filmmaker focused specifically on the circumstances of his demise on April 8th of 1994, when he "apparently" shot himself.

We say "apparently" because this is exactly the point of view that Broomfield takes in his documentary, where he involves Courtney Love, Cobain's wife at that time, in the death of the musician.

This Netflix film merges successfully the genres of the crime-case film and the biopic. A gripping documentary where everything is triggered by the circumstances around a hypothetical suicide. 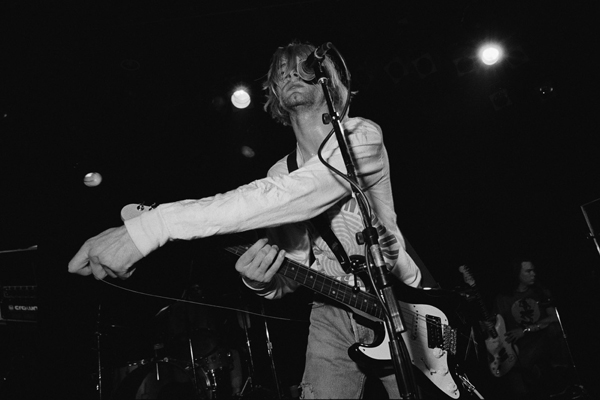 A.J. Schnack's film on Cobain’s life is definitely the most wholesome one in this list. It's not a sensational depiction of the Seattle musician, and it's neither a film to make you crawl inside a little box and be horrified about the world. It's actually the opposite, which is why it makes it so wonderfully delightful.

Made out of 25 hours of never-before-heard audio interviews of Cobain in conversations with journalist Michael Azerrad, the film gives us another texture, a deeply intimate perspective on this troubled man's life.

Schnack never uses Cobain's image. Instead, the documentary illustrates the audio entirely with animations of three cities in Washington that were really important in the life of Kurt Cobain.

'About a Son' premiered at the Toronto Film Festival in 2006, and since then has become one of the most prominet films about Cobain’s life. 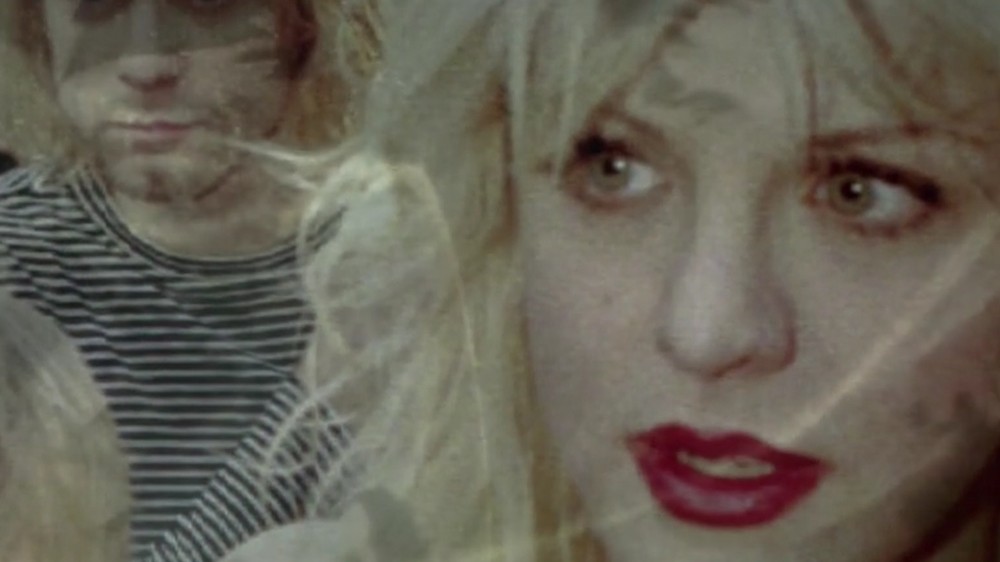 If 'Kurt & Courtney' was in fact a window inside the conspiracy theory that Courtney Love was definitely involved in the death of Kurt Cobain, then 'Soaked in Bleach' is the film that makes this hypothesis not credible at all.

Released twenty-one years after Cobain's suicide, this docu-drama directed by Benjamin Statler sheds light on the circumstances of the grunge star's death.

As if previous films hadn't delved deeply enough into Cobain's final days, this documentary, filmed with all the ingredients of a true-crime series episode, is based on the findings of private detective Tom Grant, whom Courtney Love hired to unravel the mystery of Cobain's dissapearance in the days previous to his death. 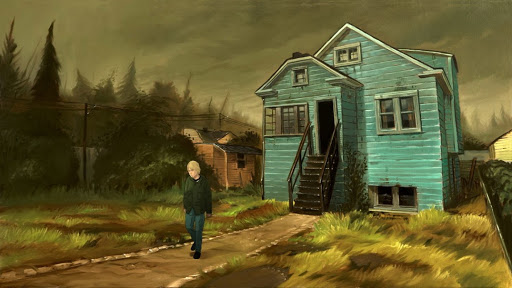 Definitely the most insightful film in terms of archive materials that the filmmakers had in order to make the film. It was the first project based on Cobain's life that had the back of members of the family and friends.

And, most importantly, from Cobain's wife Courtney Love, who approached filmmaker Brett Morgen in 2007 with the idea of making a film about the grunge legend.

The film is made from very personal home videotapes, unreleased songs, videos from live presentations and very personal anecdotes from family members. 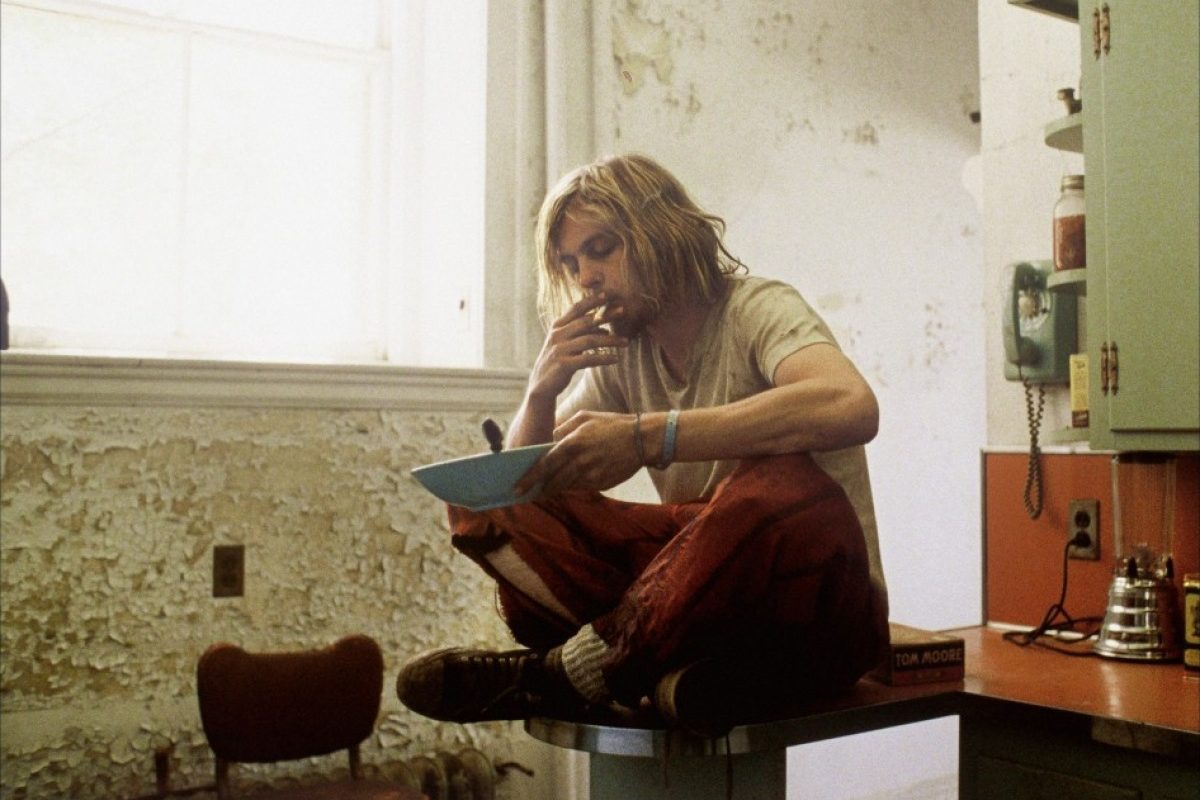 This is the only fictionalized film on the list, but it's so good that we couldn't leave it out.

Directed by Oscar-nominated filmmaker Gus Van Sant, known for films like Good Will Hunting and the Cannes Film Festival Palme d'Or-winning "Elephant" Last Days is inspired by Kurt Cobain's hypothetical last days before his suicide in the city of Seattle.

In the film, Cobain's character is named Blake, played by actor Michael Pitt. The film is part of Van Sant's so-called "death trilogy", which also includes his previous films "Elephant" and "Gerry".

The Final Days of Kurt Cobain 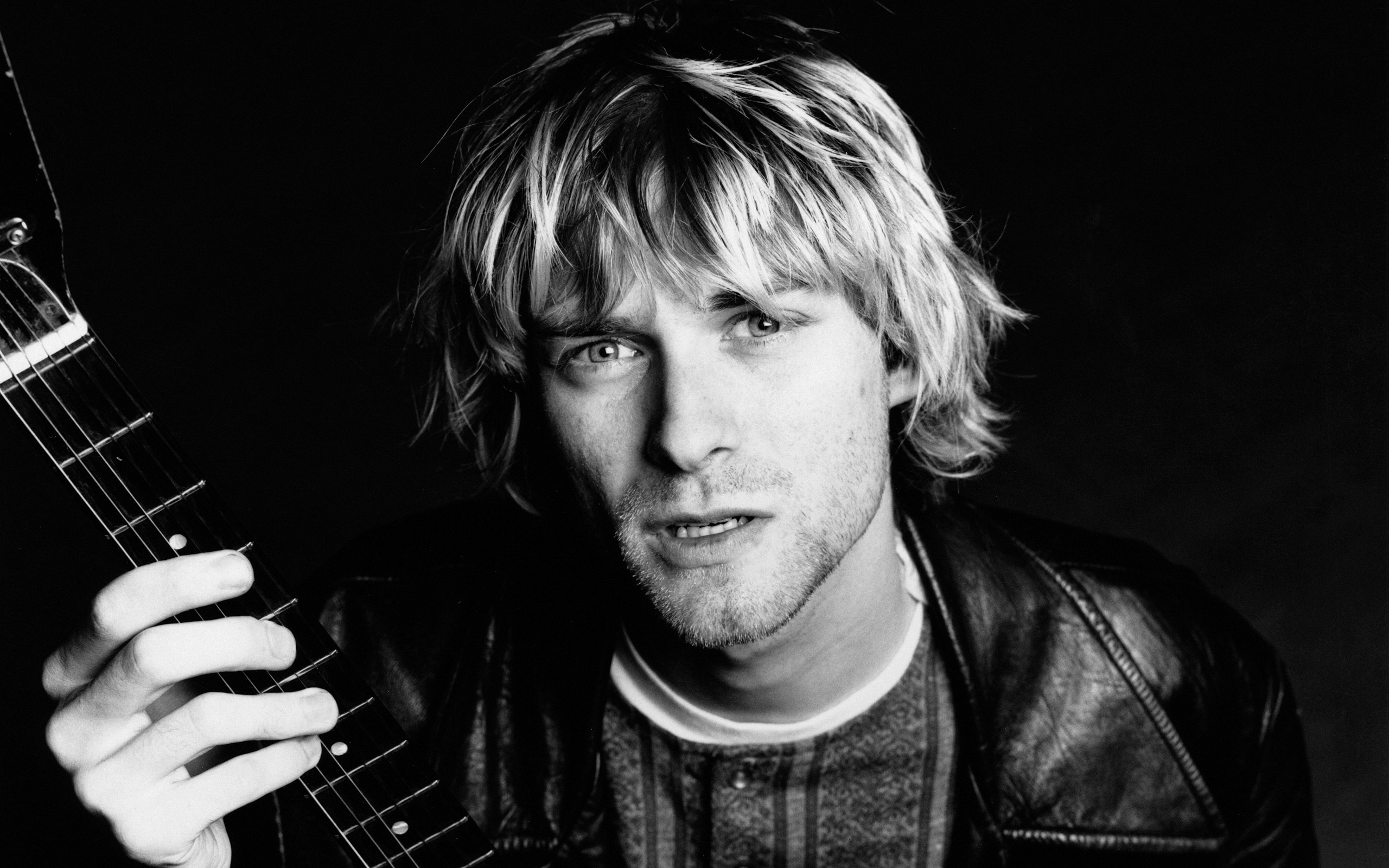 This short documentary film made independently by Kurt Cobain's fans on Youtube reviews in detail what Kurt Cobain did in the days and hours before his death on April 8, 1994.

It all starts with Nirvana's last concerts, especially the last one, in Rome, Italy. In those days Cobain was able to tour the city, but it was also complicated by a bronchitis supposedly caused by his drug intake.

The short film makes use of all the information that exists on the internet, television, newspapers and books that mention testimonies of everything that surrounded Cobain in those days.

The information is condensed in a very practical and useful way in only fifteen minutes. The narrative is illustrated by publicly available photographs.

Foo Fighters: Back and Forth 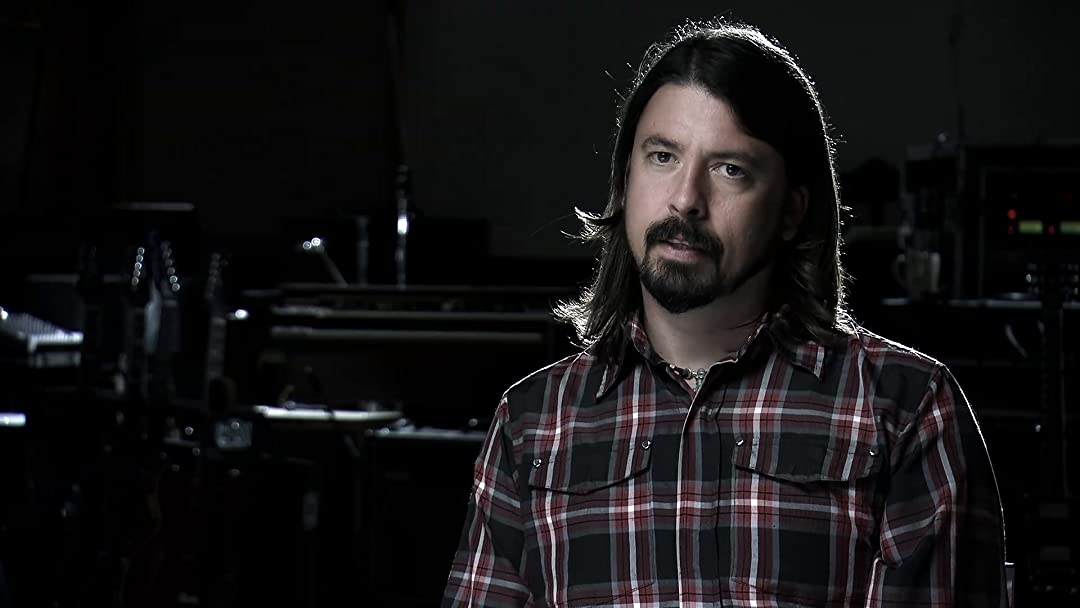 Fans who are more incisive about the Cobain case can find out more about the Nirvana frontman and his influence on the modern rock in this documentary about the band Foo Fighters.

The testimony of popular Foo Fighters vocalist Dave Grohl is not to be missed. During a few minutes of this musical documentary, Grohl gives us some endearing words about Cobain, who for him was one of the most important musicians in contemporary history.