The best documentaries about Chernobyl

The 2019 spring premiere of “Chernobyl”, the successful HBO miniseries, has returned the theme of the nuclear disaster of that Ukrainian town to the center of public debate.

Here at Guidedoc we think that this is the best time to present this documentary list about Chernobyl - or "Trunoble", as it is often referred to in Russia - a tragedy whose wounds are still beating in Ukraine and around the world.

What are the best Chernobyl documentaries? 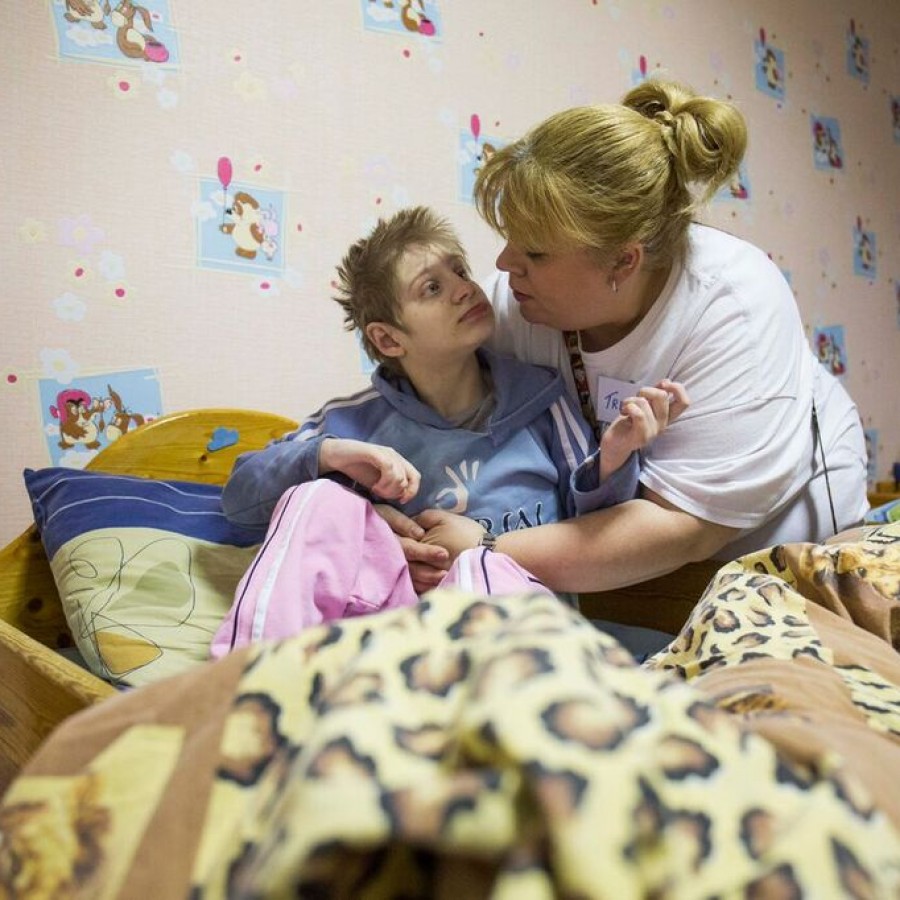 16 years after the Chernobyl accident, the filmmaker Maryann De Leo returns to the so-called "Exclusion Zone", a space of 30 square kilometers around the ruins of the nuclear power plant where there were a series of explosions that let out the deadly radiation that affected hundreds of thousands of people in 1986.

Directly on the ground, De Leo confirms what the scientists say: that the effects of radiation and genetic damage continue to increase every year.

In this Oscar-winning Chernobyl documentary, we become witnesses of striking images, such as the deformities in the bodies of children under five years of age and the effects from which the young people from the area continue suffering today. 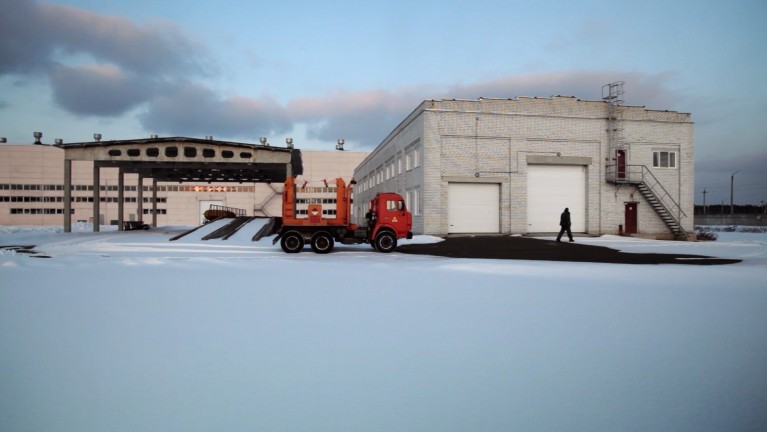 Have you ever wondered about the lives of the people who work in the nuclear power plants that are the subject of so much debate?

In order to operate, these energy centers employ a large number of workers who make their complex mechanism work.

This short film premiered at the prestigious Locarno Film Festival offers us a very particular gaze at two "nuclear" workers, Sergey and Sveta. Sergey is a truck driver who every day drives the same route back and forth, transporting nuclear waste from the radioactive plant where he works to a nuclear decontamination station where Sveta works.

Amidst a snowy landscape, the filmmaker's observational approach documents their seemingly dull everyday life as they go about their routine, even in the most intimate chores.

If you are looking where to watch online this doc, you can watch it on streaming on Guidedoc

Was Chernoble really an accident? In this Sundance award-winning doc, we are participants in the dizzying research carried out on video by the Ukrainian artist Fedor Alexandrovich to discover the possible implication in the Tchernobyl disaster of a strange radio signal that was heard between 1976 and 1989, the so-called "Russian Woodpecker".

Made in the best style of the best Netflix documentaries and guided by the filmmaker Chad Gracia himself, the film develops as a fascinating and credible conspiracy theory that points to the Soviet authorities of that time, whom they accuse of propitiating the disaster with fearsome purposes. 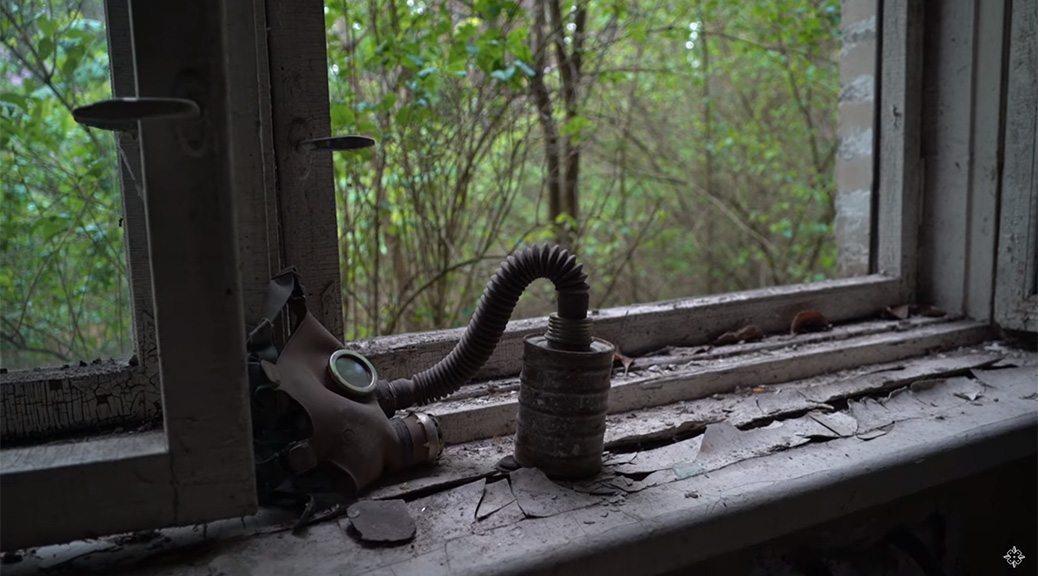 For those who want to know more in detail about the current state of the Chernobyl exclusion zone, this episode of the travel docuseries by filmmaker Drew Scanlon is the inside Chernobyl documentary you were looking for.

In this national geographic style docu, Scanlon's visit to the Exclusion Zone is filmed in the first person with its own video camera - is filmed almost like a videogame - a very close and immersive point of view that makes us see more closely the textures and emotional grooves that still emanate from the ruins of the greatest nuclear accident in history.

In addition, this Chernobyl disaster documentary also features Natalya, the young and eloquent tour guide for the area. In the first minutes of the film she warns us: "Those particles that are still present in different parts of the exclusion zone are safe for us if they are outside, but if they get into our bodies, then that might cause problems". 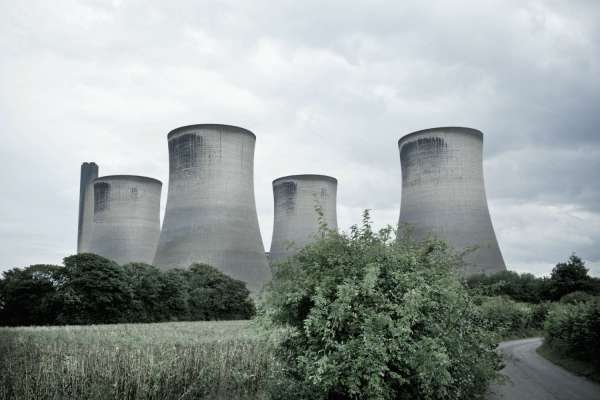 Presenting a point of view that you might not expect to read in this article, this environmentalist documentry is ready to convince us that Nuclear Energy is safe and more sustainable than we could have imagined.

In fact, this is a hot debate among environmental organizations, which are torn between supporting nuclear energy as an alternative to the fossil fuel industry, and those who reject it with strong opposition because of its polluting components and the potential dangers they present, especially having as background Chernobyl, and more recently, the Fukushima disaster in Japan.

This film, premiered at the Sundance Film Festival and directed by Robert Stone, who previously made his famous documentary "Earth Days", shows a series of testimonies from scientists and prominent environmentalists who were previously opposed to nuclear energy and are now pro-nuclear.

In addition, the film uses a series of statistics and scientific studies that dismiss a series of what they call "irrational fears" related to nuclear energy. So, can you be an environmentalist and be pro-nuclear at the same time? Or more importantly: Can we prevent future disasters like Chernobyl and safeguard the lives of those who live around a nuclear power plant?

The Babushkas of Chernobyl 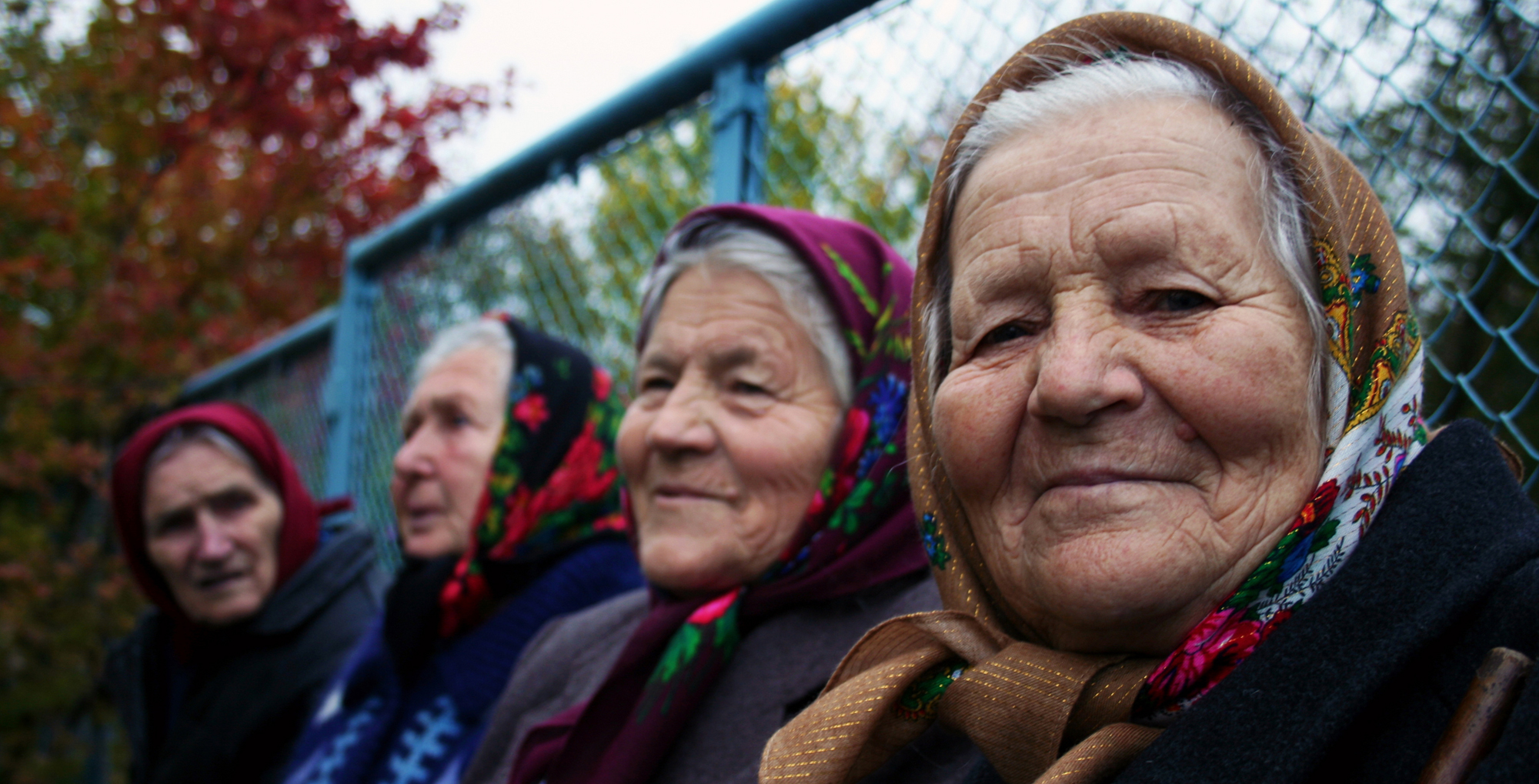 After the disastrous nuclear reactor breakdown at Chernobyl, hundreds of thousands of people were forcibly evacuated from the area, never to return. But some did not accept that fate. As soon as they could, several former inhabitants of the city came back for what was theirs, their memories, their homes, their land.

Among them a group of octogenarian women to this day refuse to leave this territory, defying the law and the obstacles set up by the authorities who still try to isolate the area from visitors and inhabitants.

The "Babushkas of Chernobyl" as others call them, still cling to the houses and farms that once fed their families. In this observational film directed by filmmaker Holly Morris, perhaps the best Chernobyl documentary on this list, we become witnesses to how they have become "the last specimens of a dying breed" as in one of the testimonials of this good Chernobyl documentary.

What cannot be refuted is the omnipresent radiation risk still involved in being within the blast's zone of influence. But these endearing and stubborn old women do not stop to debate between this latent danger and their survival. They are more afraid of the starvation that awaits them far from their orchards than of staying on their land, the only thing that is theirs.

The Battle Of Chernobyl 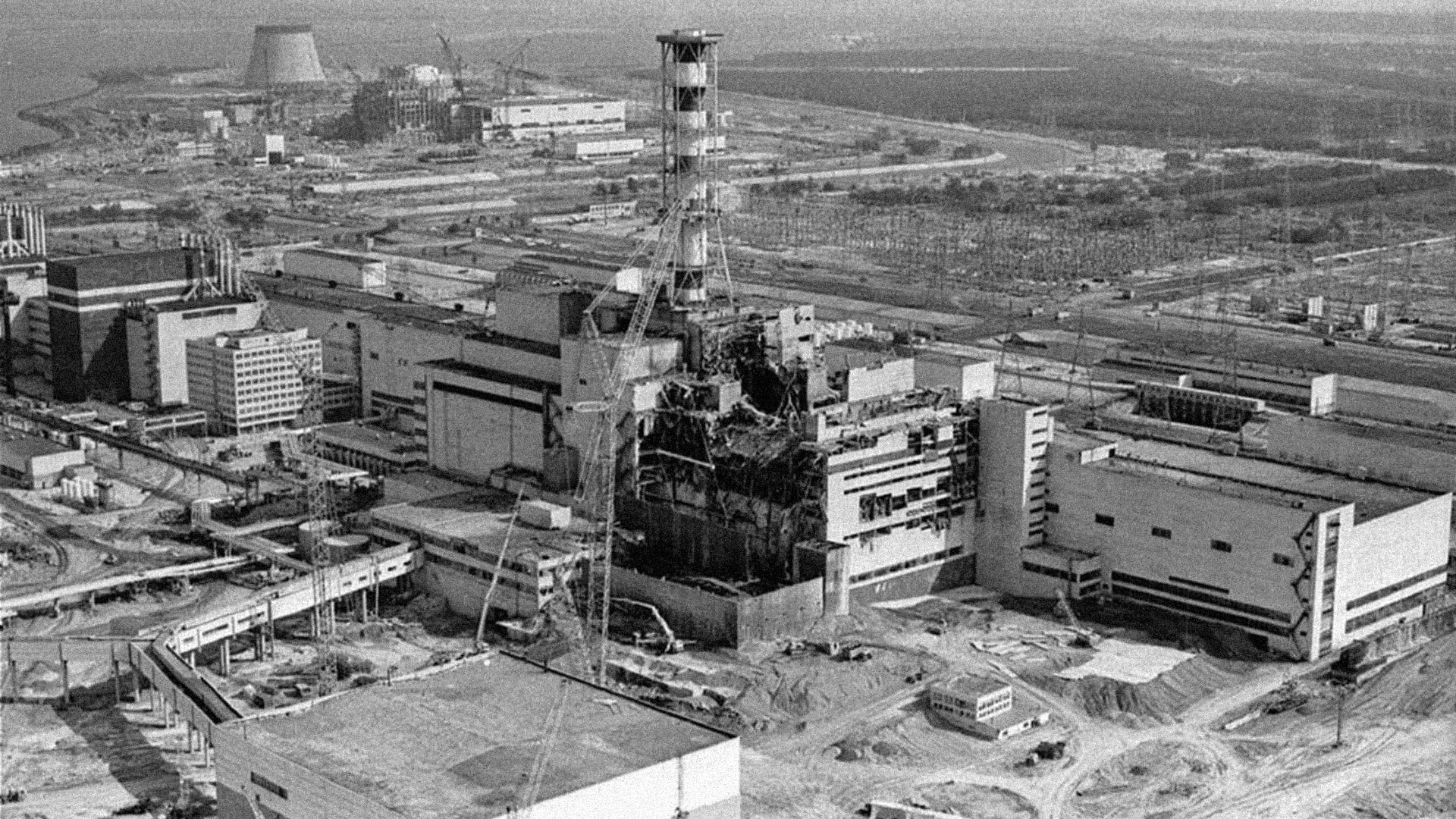 Due to its meticulous educational approach, this discovery channel style docs by French TV is perhaps the best way to learn the details of the massive nuclear accident that occurred at the Vladimir Illich Lenin nuclear power plant on April 26, 1986 in Ukraine.

The docudrama begins with never seen before footage of the 25th of April in the city of Pripyat, the closest city to Chernobyl, in its sunny everyday life hours before the nuclear disaster occurred.

Then, through 3D animations and staged reenactments of the events narrated, the chronology of the events that led to the explosion of the main reactor (which was isolated by the famous Chernobyl dome in 2016) and the subsequent evacuation of the area are explained.

The movie presents testimonies of the workers themselves who were at the plant on the day of the accident, as well as important Soviet government officials of the time, such as Michael Gorbachev, who served as secretary-general of the government in 1986.

This television documentary produced by the British network Sky News was made shortly after the success of the HBO show "Chernobyl". In the series, an all-star cast with names such as Emily Watson, Jared Harris and Stellan Skarsgård play historically anonymous people who took part in the Chernobyl accident in one way or another.

What the documentary does is to show us the real face of each of the characters in "Chernobyl", such as Sergei Parashin, the former deputy director of the Chernobyl Power Plant, or Oleg Bryukhanov, the son of the plant's director in 1986 who was only 9 years old when he heard the phone ringing in his house that morning to tell his father about the accident.

In this way, other witnesses to the nuclear disaster continue to flash before our eyes as key scenes from the award-winning HBO series are shown. Through this narrative strategy, the effect of fiction on reality and vice versa is made visible, and at the same time the details of the most disastrous and famous nuclear accident in history are unraveled.

This film is undoubtedly the perfect complement for all "Chernobyl" fans around the world. Of course, only after watching the finale of the series to avoid any spoilers.