What are the first documentaries in history? The Lumière Brothers

The Lumière brothers invented the cinematograph in 1895 in France, and since that moment cinema expanded worldwide. The very first films were stories that combine fiction (or mise en scene) with documentary filmmaking.

Auguste and Louis Lumière are the ones who made possible the existence of an apparatus that is capable of capturing the movement of reality as we perceive it with our eyes. They called it "The Cinematograph".

Which came first, the Kinetoscope or the Cinematograph?

The revolutionary Cinematograph was born out of the curiosity of the Lumiére family. A few years earlier, in 1889, Thomas Alba Edison had already invented the Kinetoscope, a device that gave the illusion of movement without being a projector itself.

So everything changed when Antoine Lumiére, the brothers' father, a renowned photographer, and entrepreneur, returned to Lyon with a sample of the Kinetoscope's silver support given to him at a technological exhibition in Paris.

Upon his return, Antoine asked his sons to figure out how to build something similar, or even better than Edison's invention. After several unsuccessful attempts, as well as other similar devices, the cinematograph was born as a desire of animate photography and as an approximation to reality.

When the Lumiére brothers ensured the proper functioning of the cinematograph, the last years of 1800 were a moment to experiment with all the possibilities that this apparatus brought about. Here is when the frontier between fiction and documentary was more hybrid than ever.

What are the best films by the Lumiére brothers? 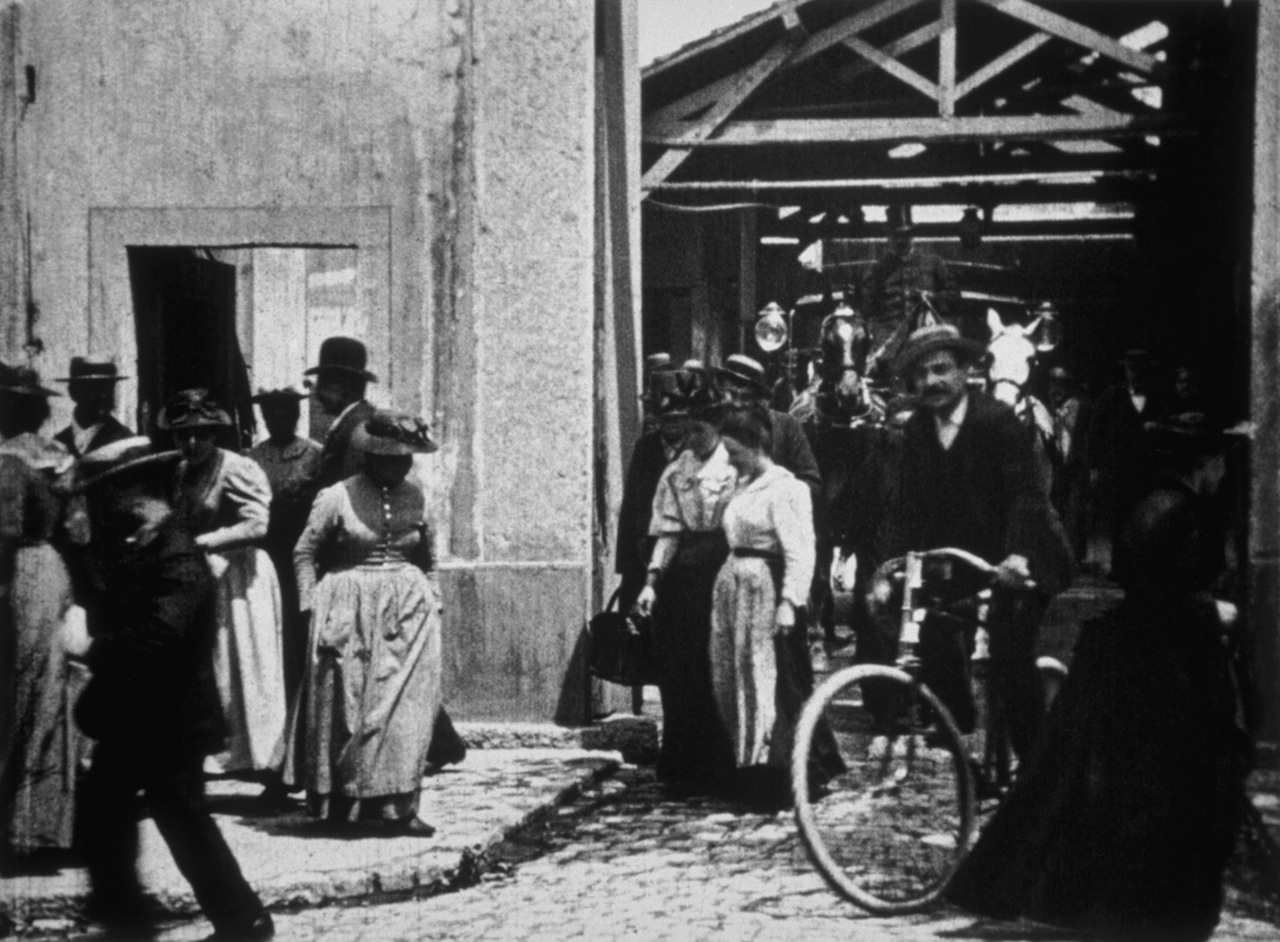 One of the first films in the history of cinema is 'The workers leaving the Lumière fabric'. The most curious thing about it is that there are two more versions of the film out there, in which different elements of the décor are changed. This proves that the film was made after several takes or tries to achieve the perfect acting.

This means, there was an artistic point of view in representing reality, an idea of previsualization and direction similar to that of the theater, which at that time was the most prestigious performing art worldwide. But since 1985, thanks to the Cinematograph, the mise en scene in cinema was born!

One of the most famous myths in the history of cinema has to do with the night when the first Lumiére movies were projected at the Salon indien du Grand Café, located on the Boulevard des Capuchins, in the 9th arrondissement of Paris.

Before an expectant audience eager to witness the great invention of the end of the century, several short films shot by the Lumiéres were projected, among them 'The arrival of the train to the station'. The short film, less than fifty seconds long, portrays with a fixed shot the arrival of a train to a French station, and the camera is positioned in such a way that it seems that the train is heading towards it. 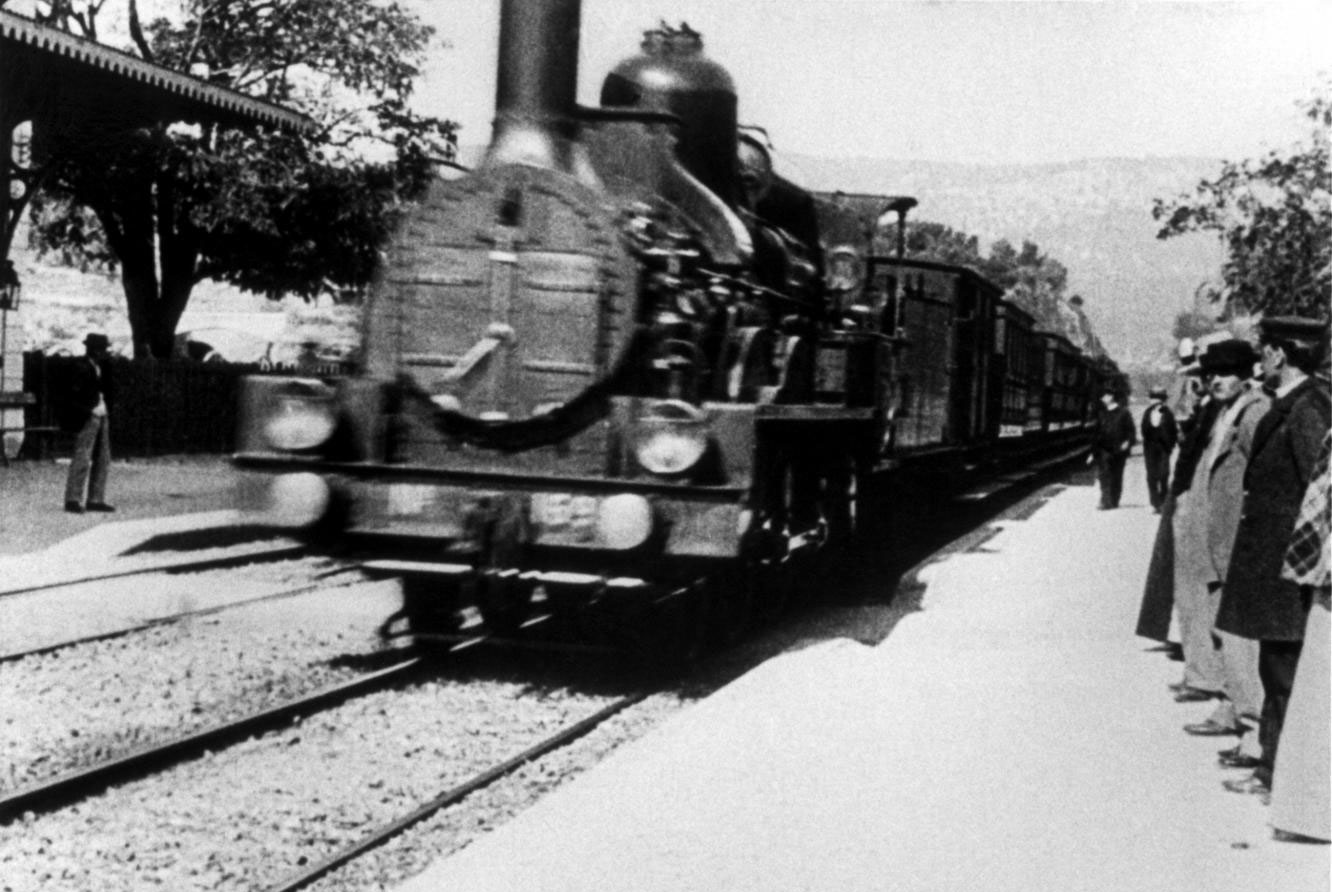 According to popular belief, the perspective from which the shot was filmed frightened the spectators, who, terrified, left the theater fearing that the train would indeed ram them head-on as if the machine would emerge from the wall where the film was being projected. This is explained by the fact that, unlike now, people were not used to the moving image at the end of the 19th century.

Another milestone achieved by the Lumiére films, for us the best silent films in history, can be seen in the short film “Panorama pendant l'ascension de la tour Eiffel”. Knowing the magnificence of the new Parisian symbol par excellence, the Eiffel Tower, the Lumiére brothers took advantage of this great work of architecture by installing a camera in one of the side elevators of the iron tower. In this way, the French brothers made the first vertical motion shot in the history of cinema.

The Lumière also made comedy, quotidian cinema with day-to-day life scenes where their family and friends starred. One of these films is “Le repas de bébé”, a film that contains one of the most endearing scenes in the history of the moving image. The 1985 film, set in the garden of a family home, shows a baby being fed by his father and mother. The baby eats porridge and munches on a cookie given to him by his mustachioed father, while his proud mother oversees everything while drinking coffee.

This is another great lesson we can learn from these pioneers: filmmaking doesn't have to be expensive and doesn't need a film set. We can shoot a short or feature film from home, you just need a good idea! And if you have doubts about this, be sure to read this article by María José Meneses with everything you need to know to make a film without leaving your home.

One of the first decisions made by the Lumiere to eternalize the era in which they lived through their recent invention was to train and send cameramen with cinematographs to various parts of the world. This is how the pyramids of Egypt or the famous Keith's Union Square Theater in New York were filmed and shown to the world for the first time. 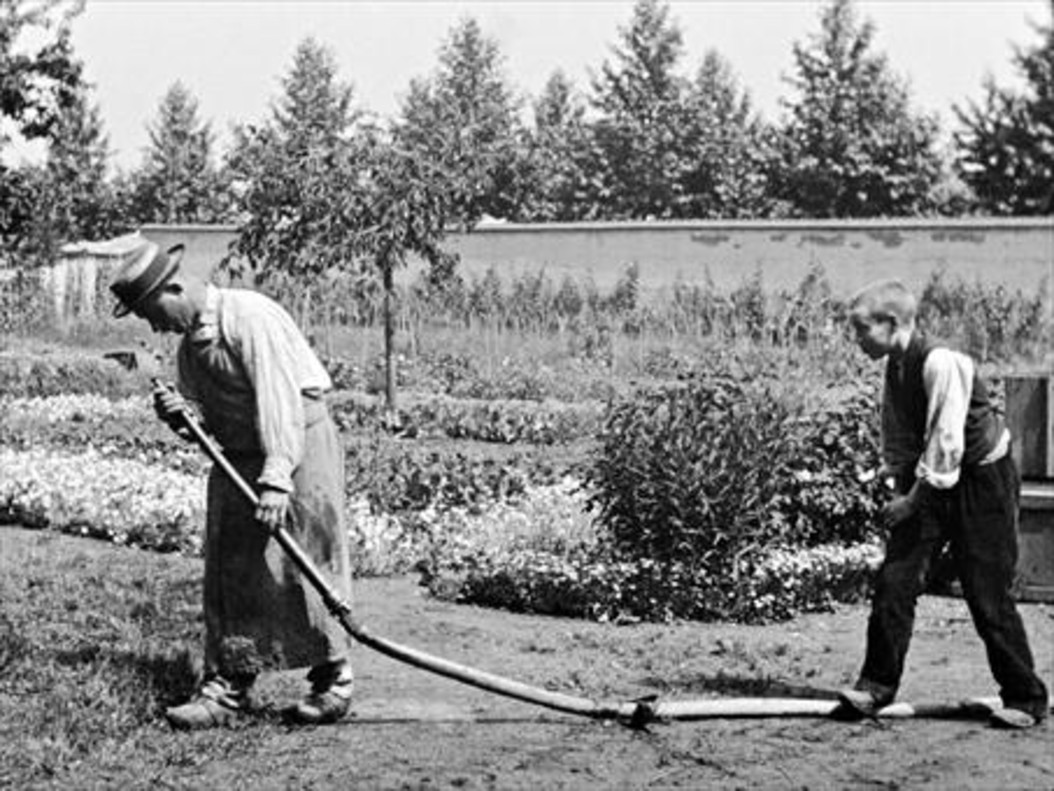 Today, these "foreign" films are the subject of controversy by film scholars, who consider this initiative of the Lumiere brother as evidence of the colonizing logic that characterized Europe at the time. An example of this colonial point of view is that, in one of the films made by these cameramen in Indochina, there is a despicable scene of a French aristocrat throwing coins to a crowd of poor local children desperate to catch these precious coins.

Despite any controversy, the legacy of the Lumière brothers is essential to understanding contemporary cinema and documentary filmmaking. Many of their techniques and expressive resources marked a language that continues to be used in cinema today.

Their efforts to have created a machine capable of recording the movement of our lives will always be appreciated, not only by filmmakers and enthusiasts of this art, but also by millions of viewers who, almost daily, observe and immerse themselves in a world dominated by moving images, not only in movie theaters but also on our TVs and cell phones.

Thus, the history of cinema cannot be understood without having gone through the hybrid style that the Lumiéres envisioned about the functionality of cinema. By mixing documentary and fiction, it was possible not only to document an attractive day-to-day life situation but also to generate a sense of familiarity between the audience and the scene that no other art form can emulate.