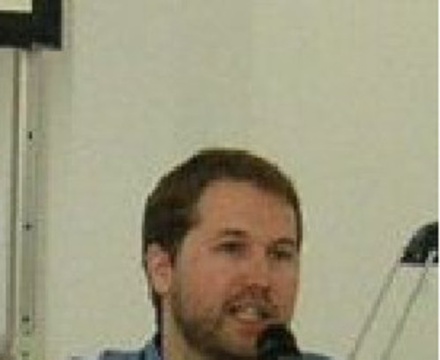 Matt Hullum (born September 29, 1974) is an independent filmmaker in Austin, Texas. Along with Burnie Burns, he is a co-founder of Rooster Teeth Productions, a company that specializes in machinima, the art using engines from computer and video games to create films. According to news posts and forum discussion on the Rooster Teeth website, he appears to handle most (if not all) of the animation of The Strangerhood. Also, according to Burnie Burns, "He is the closest we get to actual voice acting." Most of the other voice actors only use their ordinary voice, whereas Matt uses his ordinary voice in addition to other strange accents. As a result, he is responsible for a large amount of the voice acting in the various machinima projects at Rooster Teeth.

Description above from the Wikipedia article Matt Hullum,licensed under CC-BY-SA, full list of contributors on Wikipedia.

Where did memes come from? Can you make a meme? What happens when you become a meme? In The Meme Machine, Rooster Teeth…