It seems that cannabis arrived a long time ago to stay within us despite the efforts of many to ban it. Here at Guidedoc we want to contribute to the discussion about marijuana with three documentaries that show us different points of view about this controversial plant.

The End OF Weed

This relaxing film takes us to the isolated landscape in the mountains of northern California, where a second generation of independent cannabis growers continue with a endearing tradition.

The shooting of the documentary lasts a whole agrarian year, a period of time where we, as spectators, discover the details of the work of these growers whose passion is to harvest a noble plant that, in the contemporary world, is related to so many negative myths. This documentary comes to dismantle the stereotype of the grower of one of the most influential plants in the history of mankind. 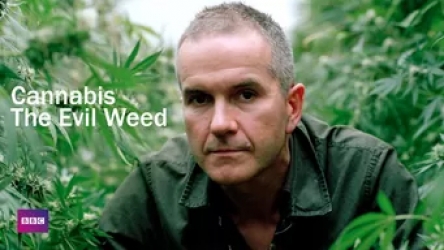 Can cannabis cause schizophrenia? Is it addictive? Can it lead you on to harder drugs? Or is it simply a herb, an undervalued medicine? These questions are answered through the research that Dr John Marsden carries out in various parts of the world.

John traces the cannabis plants' birthplace in Kazakhstan; Find the origins of our sensitivity to cannabis in the simple sea squirt; and shows just what it does to our brains. I've met people who have been changed by this drug in drastically different ways - from those whose lives have been shattered to those who lives have been revived.

This documentary gives us a very different point of view on the culture of cannabis in the United States. The film tells the story of two surfers from New York who dared to go beyond their hobby and became experts marijuana smugglers from Colombia and Jamaica into the United States.

The documentary begins several years after they both had to separate when the business became murky. The human facet of both former surfers and their friendship is a focal point of the narrative.