With the emergence of numerous video-on-demand platforms - including Guidedoc - the dissemination of these short films has reached audiences all over the world.

One of the most unique characteristics of these short documentaries is that they pose brief but compelling explorations of pressing historical and contemporary issues - and the following list of Best Documentary Short Film nominees for the 2021 Oscars has no exception to the rule.

Since when has the Oscar for Best Documentary Short Film been awarded? 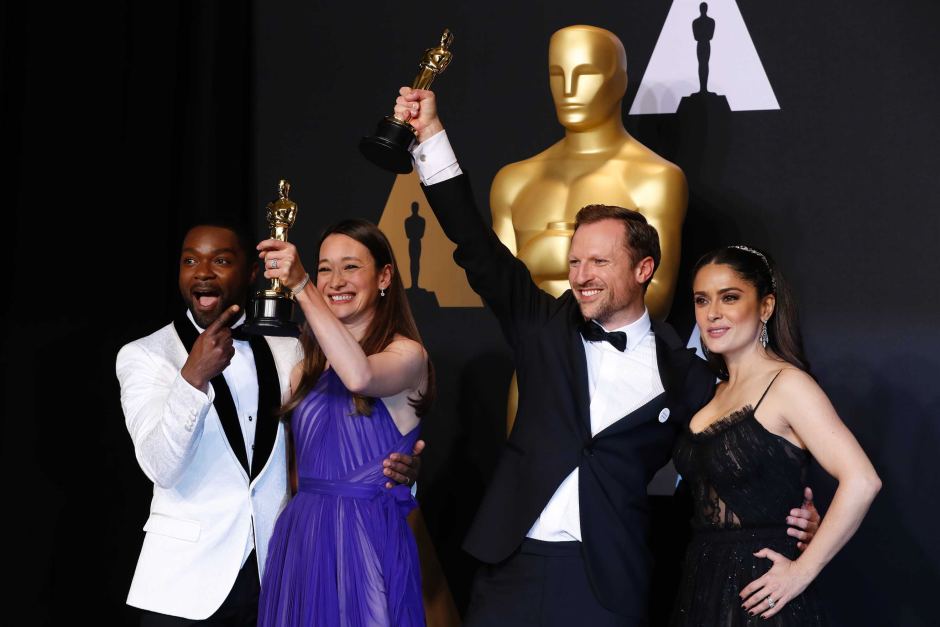 According to the Academy of Motion Picture Arts and Sciences of the United States’s official records, the existence of this category dates back to 1941, when there were 10 nominees.

Likewise, in the following years the titles that won the statuette were made by government offices, such as December 7th - the winner short in 1942 - produced by the United States Navy, or the Oscar-winning short So Much For So Little, an animated short film about the reform of the public health system in the United States that you can watch online on Guidedoc.

Where can we watch online the Oscar nominees for best documentary short?

In Guidedoc's extensive video library you will find a collection of the best short films nominated for best documentary in the short subject for the Oscars.

Who are the nominees for Best Documentary Short Film at the Oscars 2021? 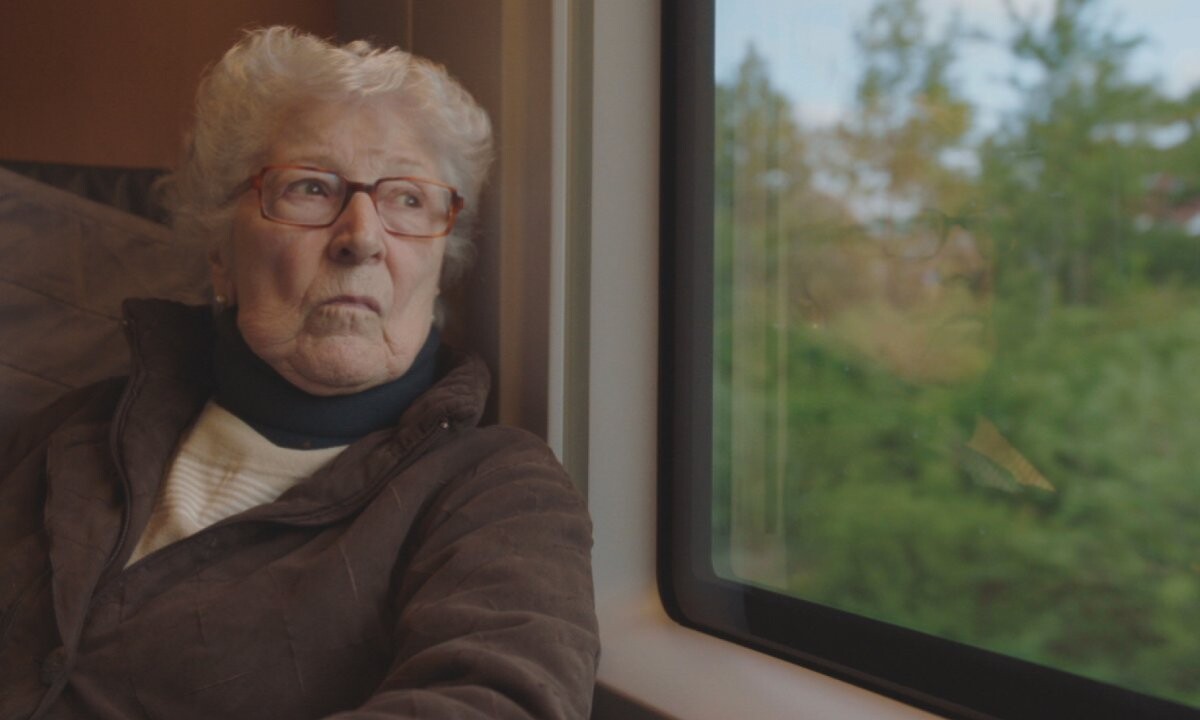 The only short film on the list shot entirely in Europe follows Marin-Catherine, a French woman who sets out on a journey to visit the former concentration camp in Nordhausen, Germany, where in 1945 her brother died at the hands of the Nazis.

But Marin-Catherine will not go alone; she is accompanied by Lucie Fouble, a young history student doing research on the thousands of victims who perished in that concentration camp.

In this short film directed by Anthony Giacchino for the British newspaper The Guardian, the two women, who get to know each other during the trip, share the pain that still reverberates around the world because of the Holocaust from their own generational perspective.

However, it is admirable how Marin-Catherine tries in every possible way - and with her great eloquence - to de-dramatize the intense experience of delving into her family's past in front of the ruins of the Nazi aberration.

A Concerto Is A Conversation 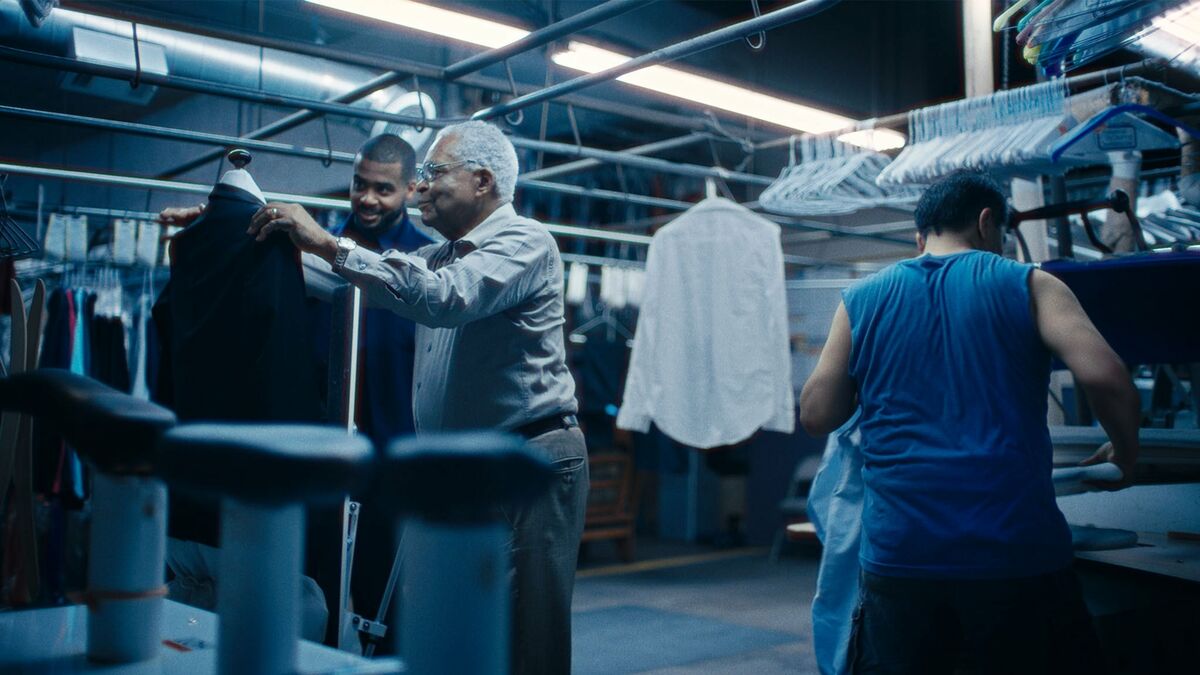 Continuing with another dialogue between generations, this documentary - also produced by a newspaper, this time the New York Times - is based on an endearing conversation that pianist and composer Kris Bowers has with his grandfather Horace Bowers, who has recently overcome cancer.

As Kris prepares for the challenge of performing his first solo with a large orchestra at the Walt Disney Concert Hall in Los Angeles, Horace tells him how he overcame all the obstacles that a black man born in the American South had to face in the years of racial segregation in order to become a successful small businessman in Los Angeles.

Beautifully photographed, the short film serves to put into perspective the racist history of the United States in contrast with a present where black people are increasingly positioning themselves in spaces historically occupied by whites, including that of the protagonist of the night in the most prestigious concert hall in America. 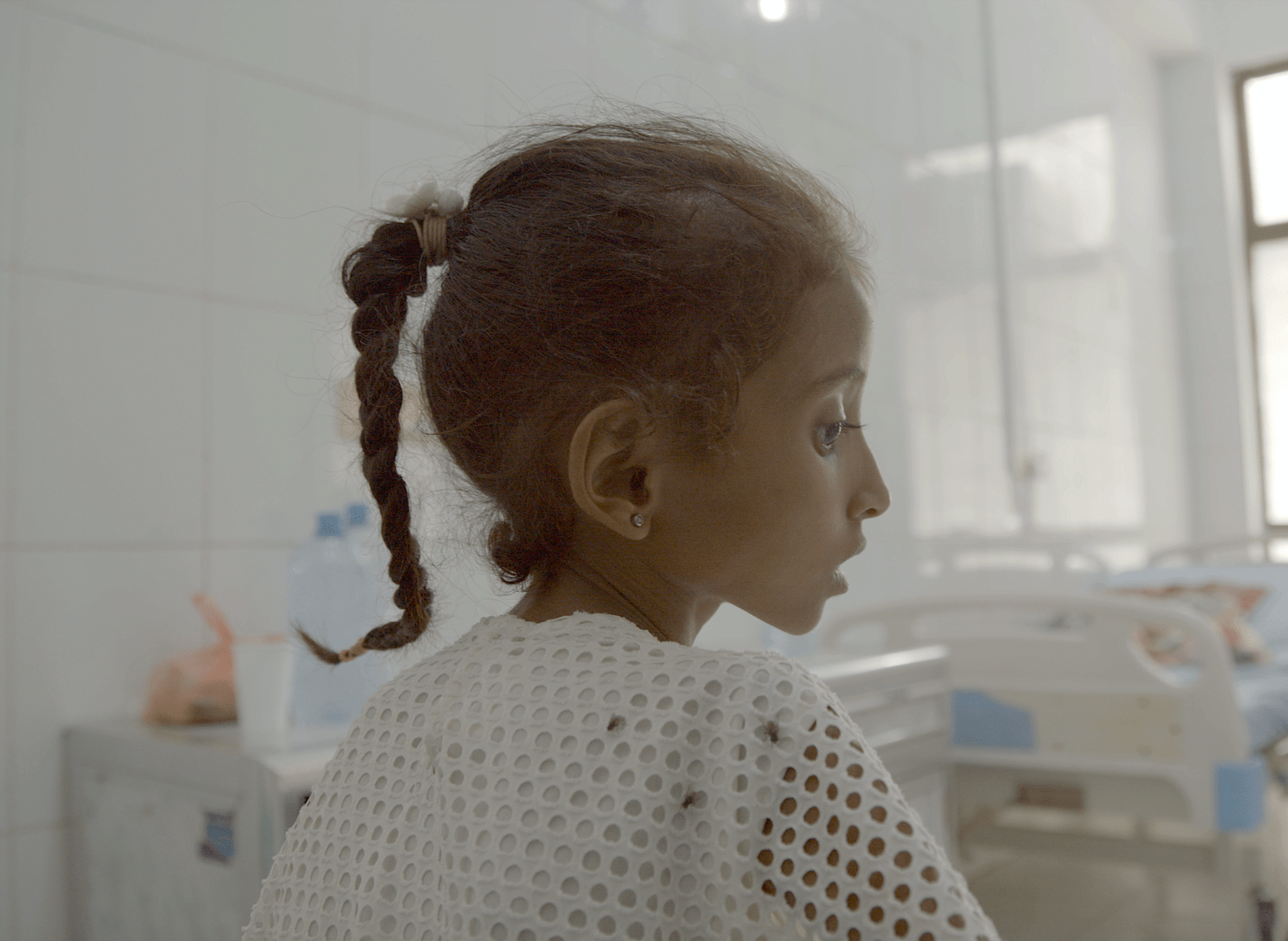 Directed by academy award-winning filmmaker Skye Fitzgerald (Lifeboat), this social documentary brings to life one of the most disastrous humanitarian crises on the planet: the famine in Yemen.

Over the course of several months, Fitzgerald films the daily lives of two medical workers in health centers in Yemen: Doctor Aida Hussein Alsadeeq and nurse Mekkia Mahdi, both women, who face the most difficult conditions to try to save the lives - and lift the spirits - of thousands of children who are at risk of death by malnutrition.

This health documentary produced by MTV gains even more value as one of the few documentaries about the crisis that have managed to bring the issue to the highest media level at the most critical moments of the famine and in the midst of the Covid-19 pandemic.

A Love Song For Latasha 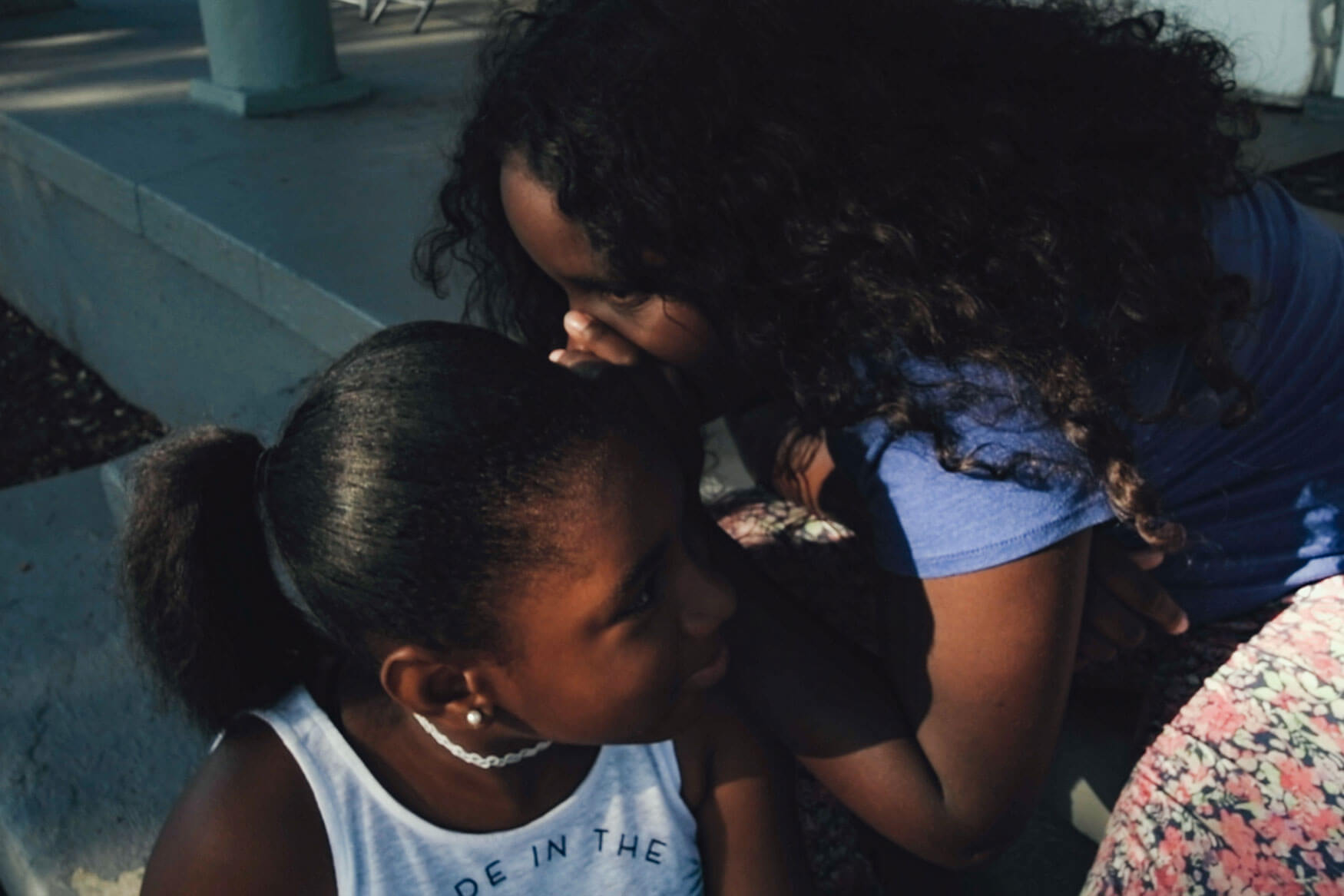 This is the only Netflix short documentary nominated to win the statuette in the Best Documentary Short Film category at the 2021 Oscars. The film uses various aesthetics, from re-enactment to experimental filmmaking techniques, to illustrate the memories that Tybie O'Bard share with us about her best friend, Latasha Harlings.

Latasha Harlings was a fifteen-year-old African-American girl who was murdered in 1991 for allegedly stealing a less than two-dollar worth orange juice from a grocery store, an event that sparked the 1992 Los Angeles riots following the sentencing of her case.

O'Board reminisces from the moment she met Latasha as a child and revisits teenage memories of her neighborhood in which she describes a friendly young woman full of dreams.

The narrative is full of details and atmospheres that visual artist and filmmaker Sophia Nahli Allison evokes with a mix of archival footage, re-enacted scenes with a VHS look and experimental film footage.

The short film arrives at the Oscars just twenty years after Harlings' death, in the midst of a contemporary era marked by recent social protests following the death of African-American George Floid and the beginning of the trial of Derek Chauvin, the police officer accused of his murder. 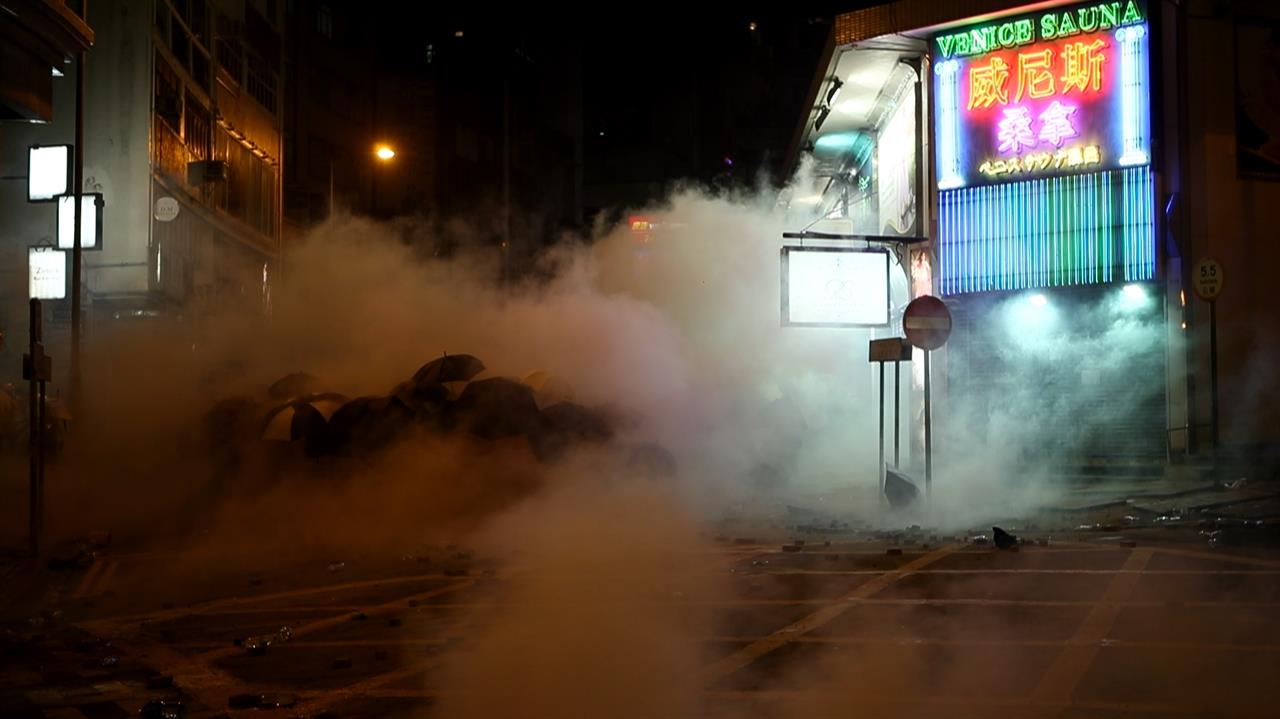 This is undoubtedly the most dizzying film on the list. Journalist and filmmaker Anders Hammer gets into the center of the hurricane during the protests in Hong Kong against the implementation of a law that would allow Main Land China's security organizations to operate freely in Hong Kong territory.

The 35-minute-long documentary is loaded with footage recorded during the daily battles protesters have with security forces trying to contain the social outburst.

In what will undoubtedly be one of the most important documentaries on the relationship between Main Land China and the former British territory of Hong Kong, this short film produced by Field Of Vision, an organization that commissions and disseminates documentary content on political and social issues, brings to the Oscars a pivotal moment in the sovereign destiny of the millions of Hong Kongers who fear political retaliation from the Chinese dictatorship.