In times when soccer fans are looking forward to the launch its possible second season, here at Guidedoc we take a look at Match Day: Inside FC Barcelona, the Netflix documentary series that changed the way sports documentaries are made and viewed.

If you want to watch sports documentaries online, this film about Barcelona FC is a must-see to understand the whole universe that surrounds a professional soccer club at a time when the whole sport is going through a sophistication never seen before. 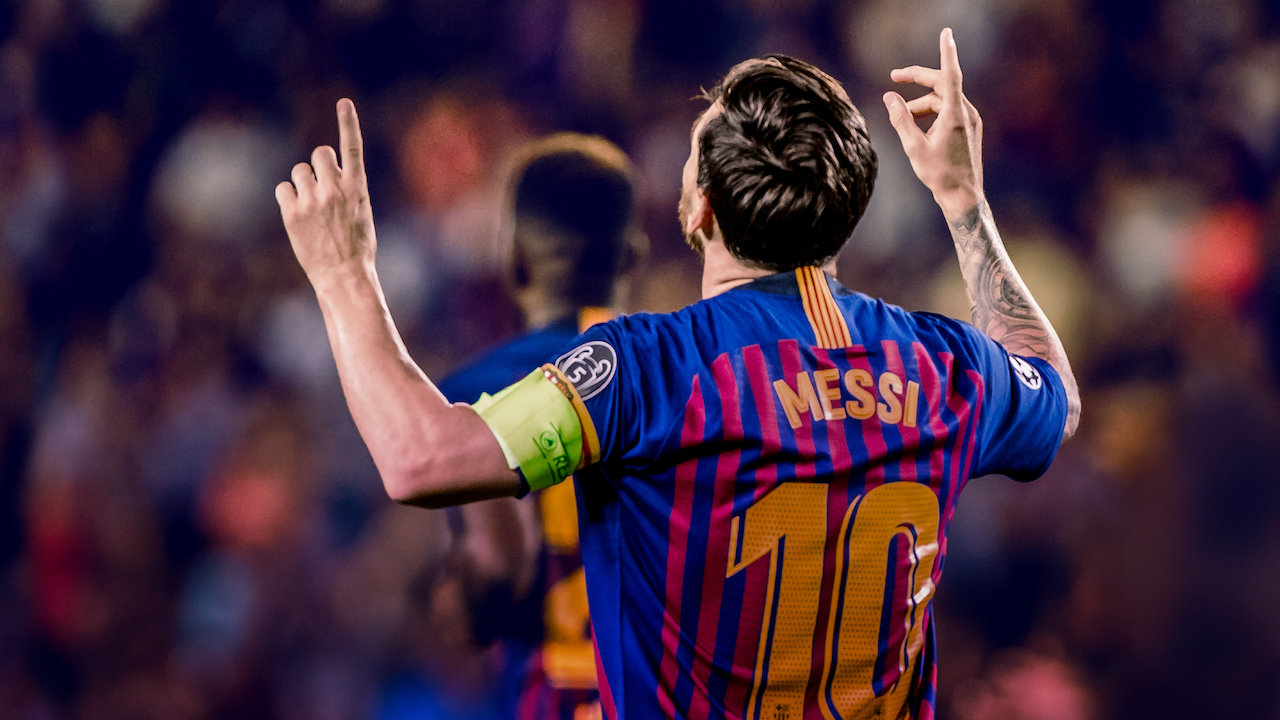 Why watch a sports documentary such as Match Day: Inside FC Barcelona?

Since the departure of Lionel Messi, for many the best player in history, Barcelona FC began to go through its worst moment in history. This football documentary will go down in history as the only one of its kind to have immortalized Messi's time at the club.

Filmed just two years before Messi´s departure to PSG in Paris, this Netflix documentary - quite difficult to find for free on YouTube - has Messi as its great protagonist, so it goes to great lengths to describe his impact on the club's achievements since he started playing for "Barsa" - as his fans call the club - when he was just 17 years old in 2004.

Who are the best Barcelona FC players featured in this documentary?

Football players such as Lionel Messi, Luis Suarez, Gerard Piqué, Marc-André Ter Stegen, Philippe Coutinho and the other FC Barcelona stars, become less stellar and more human in Match Day: Inside FC Barcelona, a documentary series made by the Catalan club together with platforms such as Rakuten and Netflix, where limited access to the players' locker room and private lives gets vanished.

The first season, launched in November 2019, shows us the highlights of the 2018-2019 season of the team in its adventure of conquering the three competitions in which it participates: La Liga, the UEFA Champions League and the Copa del Rey. 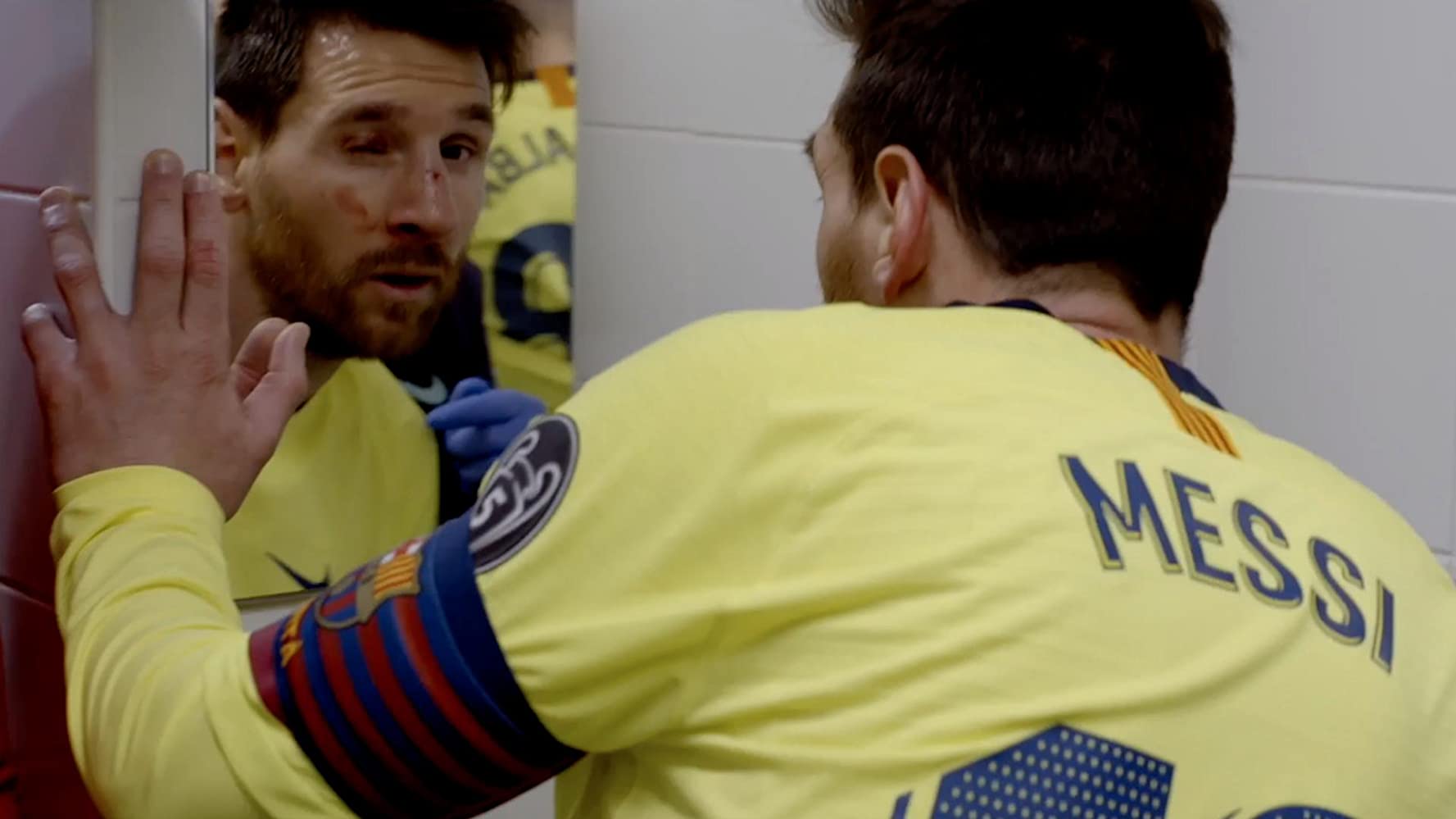 But this series is nothing like the other sports content we may be used to. Through state-of-the-art technology, using multiple cameras at various points in the stadium where a game is in play, and with a stylized and wit cinematographic narrative, each episode is a compelling story, with protagonists who undress their private spaces, enemies that are framed in historic rivalries and obstacles that seem impossible for Messi's team to overcome.

The Argentine star, obviously, gravitates around all the episodes. We can see his discreet and silent presence that, ironically, is essential to emit the leadership and the necessary security to overcome the most important challenges of the season. For example, beating Manchester United for the first time at the legendary Old Trafford stadium, or trying to go to the Champions League final for the first time in four years. 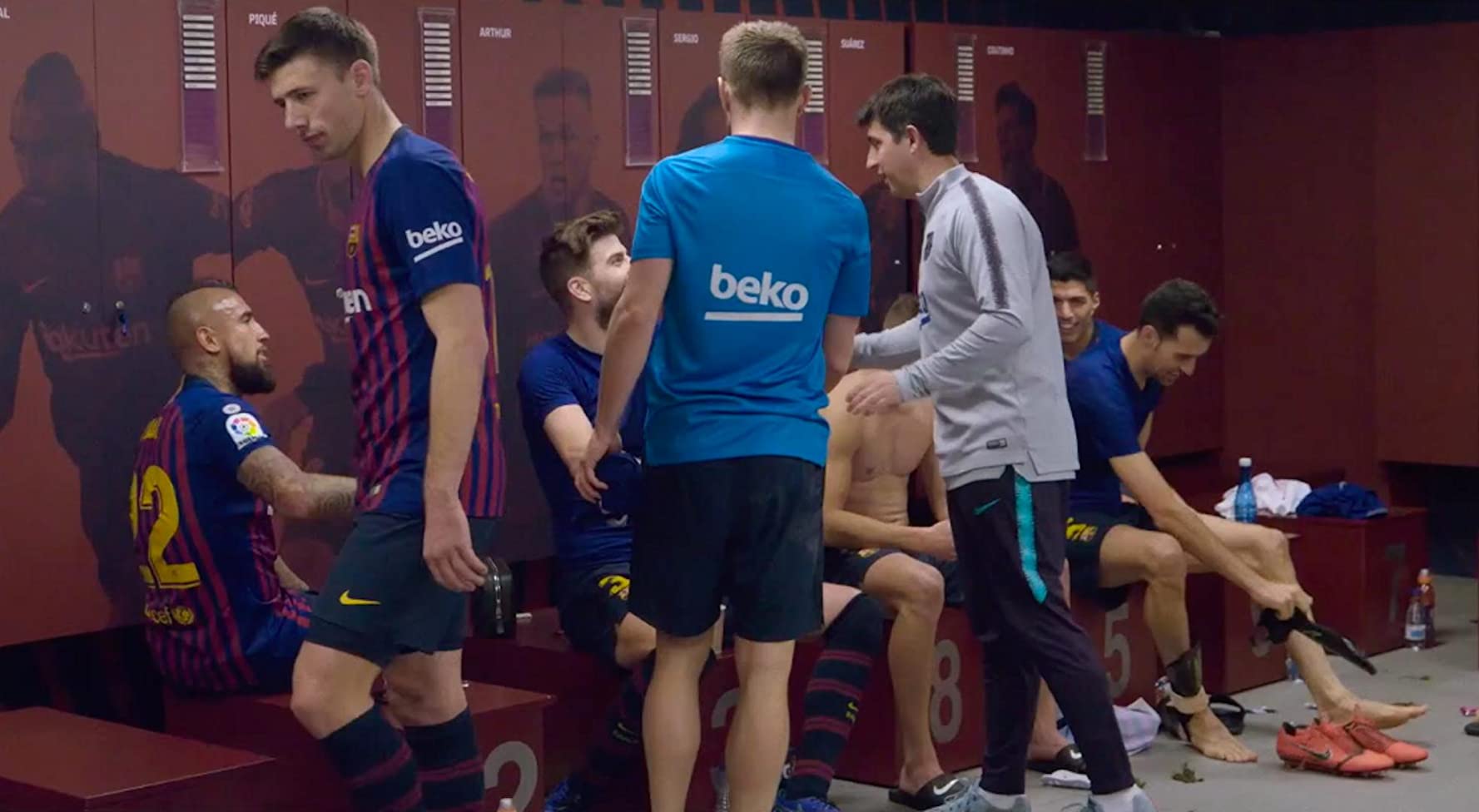 Due to its captivating narrative, full of suspense, humor and daily scenes in the lives of the players that would otherwise be impossible to know, it is impossible for us as viewers to stop watching each episode until the end.

The tensest moment of the series comes when Barcelona must face the fearsome English Liverpool, led by its coach Jürgen Klopp, to achieve a place in the finals of the 2019 Champions League.

In the first leg at Camp Nou, Barcelona defeated the "Reds" 3 - 0 with goals from Luis Suarez and Lionel Messi, practically sealing their passage to the desired finals of the most important tournament in European football.

Then, a week later, in their visit to the historic Anfield Stadium, Liverpool quickly managed to tie the aggregate score with three goals scored by Origi and Wijnaldum, thus putting Barcelona's dream at risk.

What happened next you can only find out by watching the documentary, but we can tell you that the end of the match became one of the most memorable moments in the history of soccer. 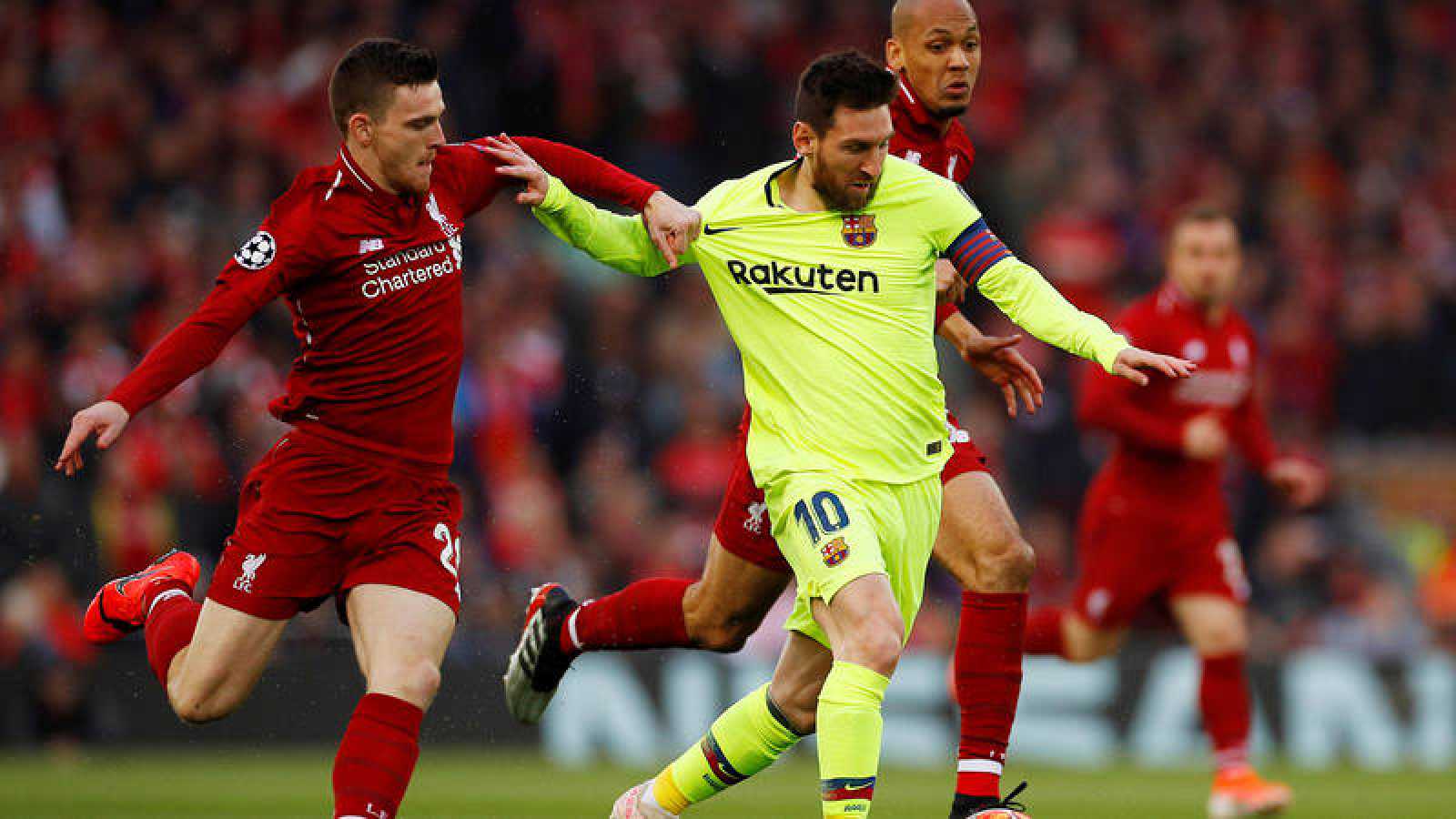 The tense moments in the dressing room are memorable. The speeches and instructions of coach Ernesto Valverde are invaluable material for those who want to immerse themselves more in the details of this sport. The looks, tears and wounds shown by these players who give all their hearts on the field remain in our minds for a long time after finishing this first season.

This docuseries is so complete that it even moves away from Camp Nou to show us how the club's culture impacts other areas.

For example, at the beginning of one of the episodes, we travel to the United States to experience one of the most important games of the season in the company of the prolific Catalan basketball player Paul Gasol in his own home. Gasol, who began his career with the Barcelona Basketball team, tells us how important the club's crest is to all Catalans. 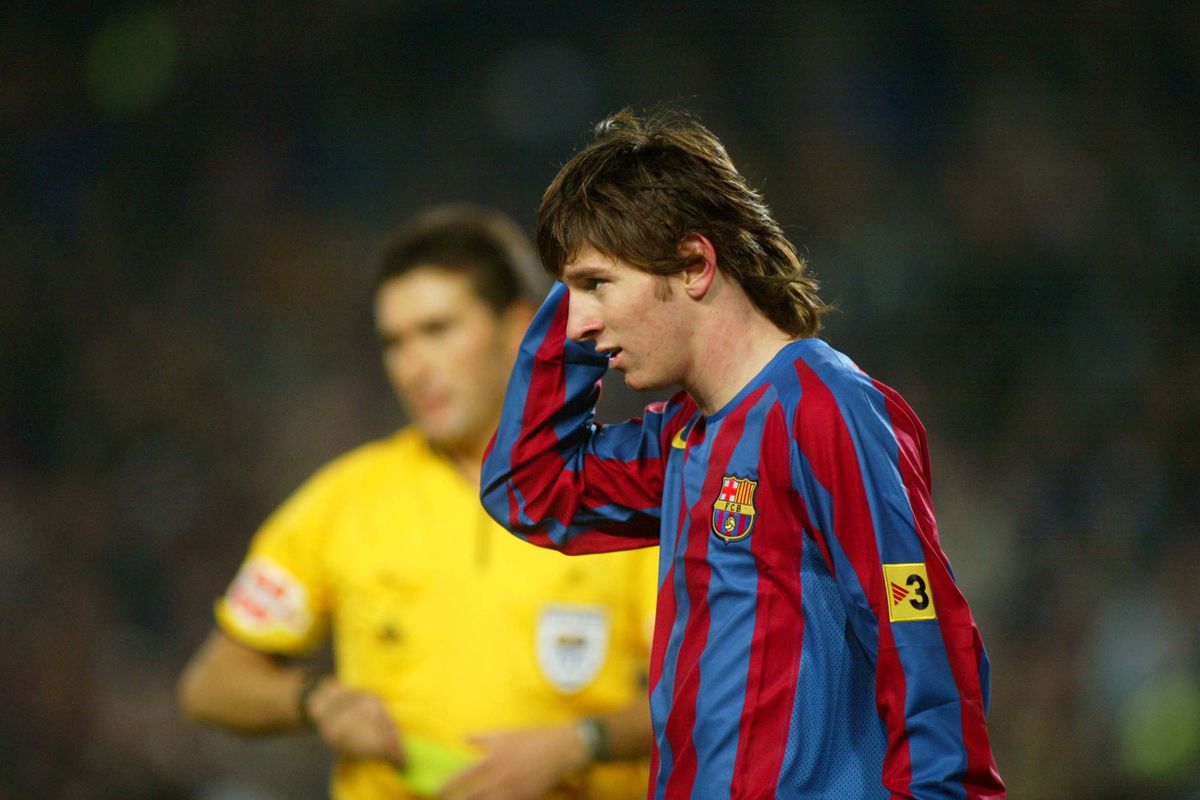 And, as every success story has its roots well established, the TV series also delves into La Masía, Barcelona's youth academy, one of the most prestigious soccer schools worldwide.

In several episodes of Match Day: Inside FC Barcelona we get to know its facilities and listen to the testimonies of coaches and players who were trained at La Masía and are now part of the first team, such as Sergi Roberto, Carles Aleñá and Lionel Messi himself!

We all hoped that after the launch of the first season of Match Day: Inside FC Barcelona, a new season would have told us what it was like to be at FC Barcelona during the pandemic in 2020, but that won't be possible.

Unfortunately, the show was canceled shortly after, so we won't be able to find out the details of Messi's departure from the club of his life either. Lio" Messi fans can only wonder if it is possible for the Paris Saint Germain to make a documentary like this one. Hopefully future will surprise us.