The Best Theatre and Circus Documentaries You've Never Heard Of

For those who love the theatre and circus, there are many great documentary films out there that capture the essence of these beloved art forms.

Why is theatre important? 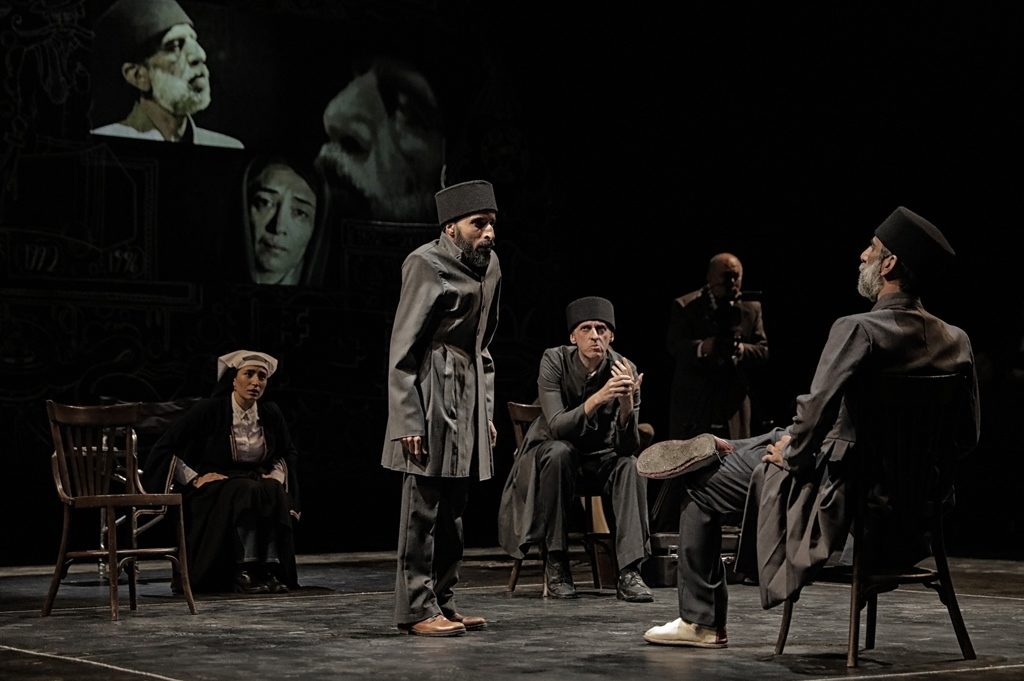 Theatre has the ability to educate, entertain, and engage its audience like no other art form. It can be expressive, intimate, and larger than life all at the same time. A good play can transport us to another time or place and make us laugh, cry, or think about the world in a whole new way.

Like any other art form, theatre is important for culture because it allows us to step outside our everyday lives and experience something new. It gives us a chance to see the world from a different perspective and to feel empathy for people who may be very different from us. In a world that is often divided by political, social, and economic differences, theatre can be a powerful force for understanding and unity. 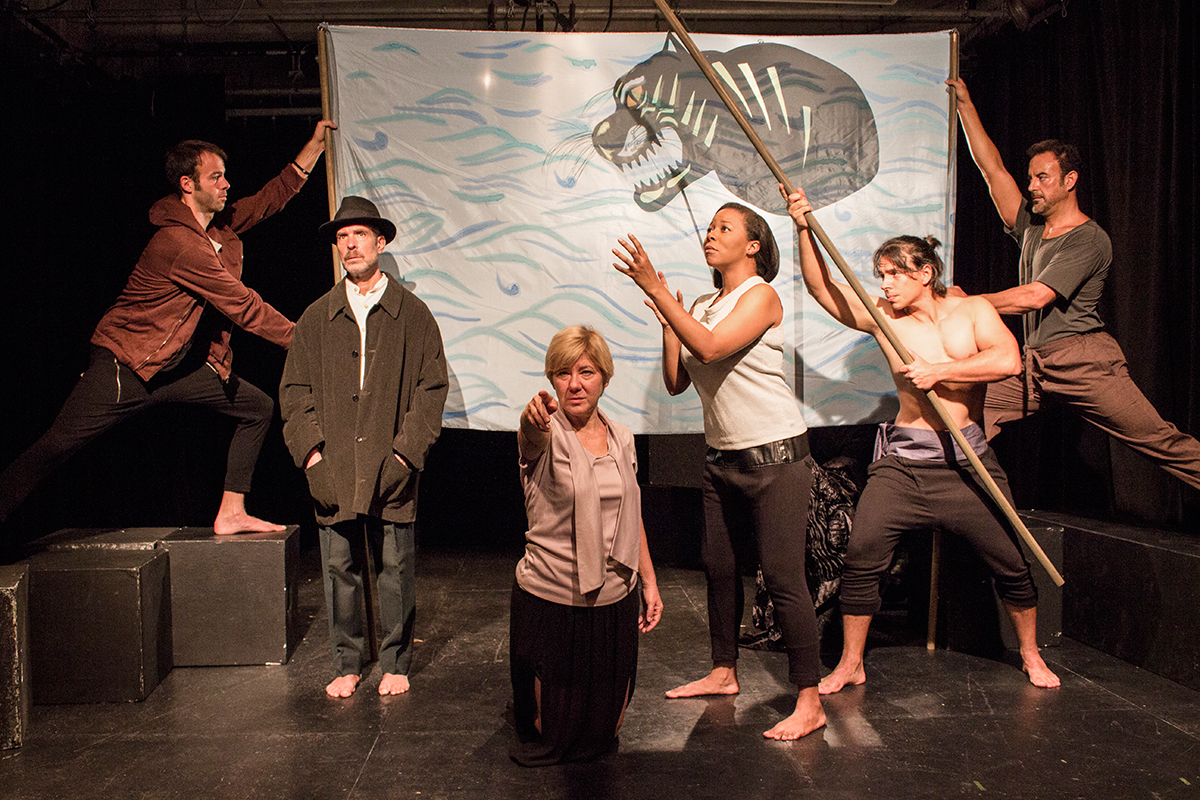 As well as entertaining us, theatre can also be used to educate its audience. Plays are often based on true stories or historical events, which means that they can teach us about the past in an engaging and memorable way. They can also raise awareness about important issues in the present day and help to shape the future by starting important conversations about the world we live in.

Of course, not all plays are educational; some are just pure entertainment. And there is nothing wrong with that! A good play should be able to take you away from your everyday worries and transport you into another world for a few hours. It should make you laugh, cry, or jump out of your seat with excitement. A great play will stay with you long after you've left the theatre, making you think about it (and maybe even talk about it) for days or weeks afterward.

What are the best theatre and circus documentaries to watch online?

First, body, and then dialogue. First rupture, then status quo. These are premises that can only barely sketch the revolutionary creative explosion of the Swiss theater company Mummenschanz on stage.

The documentary describes the anatomy of this group with more than forty years giving an unequaled experience to audiences worldwide.

Adolphe Appia, visionary of the invisible 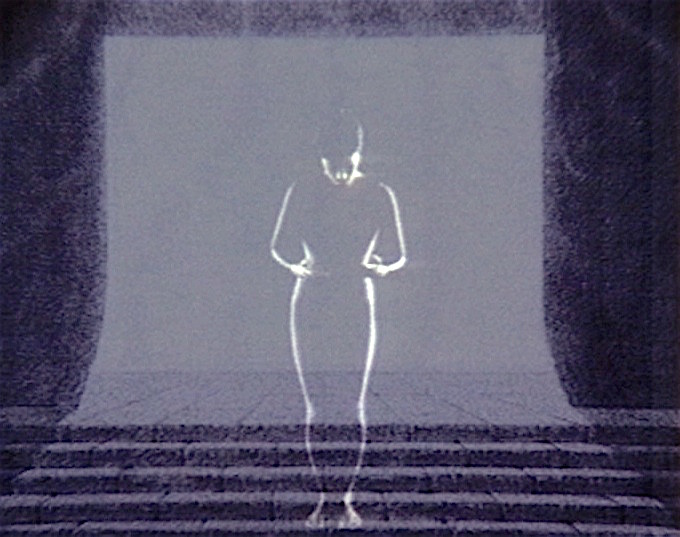 Since the use he gives to painted decorations instead of luminous projections, Adolphe Appia, a revolutionary Swiss scenographer and theater theoretician, marks a breaking point in the concept of theatrical space. This documentary short film rescues his work for the new generations.

The forgotten children of St. Petersburg, those who live on the streets of this historic city, have a hope to leave their abandonment behind: the circus.

This documentary follows the small half-orphan Danja and hundreds of children who are now part of the Upsala Circus, which seeks to help these children embrace a new life through performing arts. 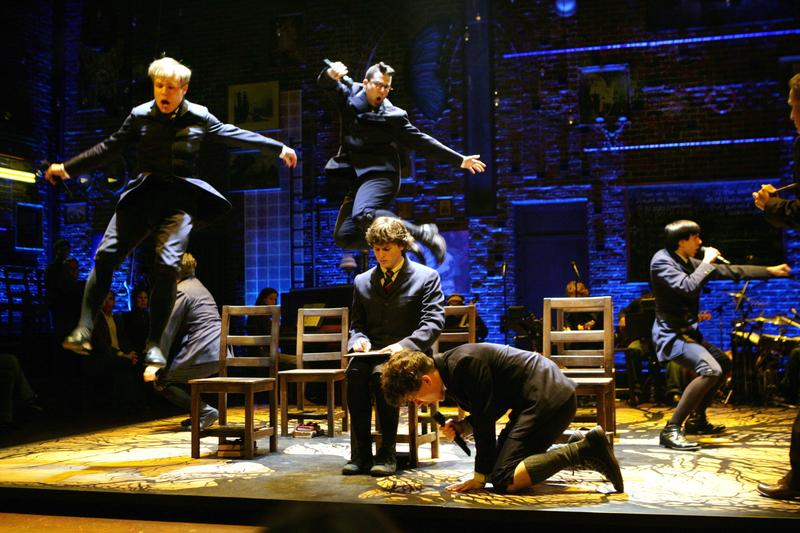 This documentary chronicles the Tony Award-winning Broadway musical "Spring Awakening" and its journey from Off-Broadway obscurity to mainstream success.

Featuring interviews with the cast and crew, as well as never-before-seen footage of rehearsals and performances, Broadway Idiots is a must-see for any fan of theatre or musicals. 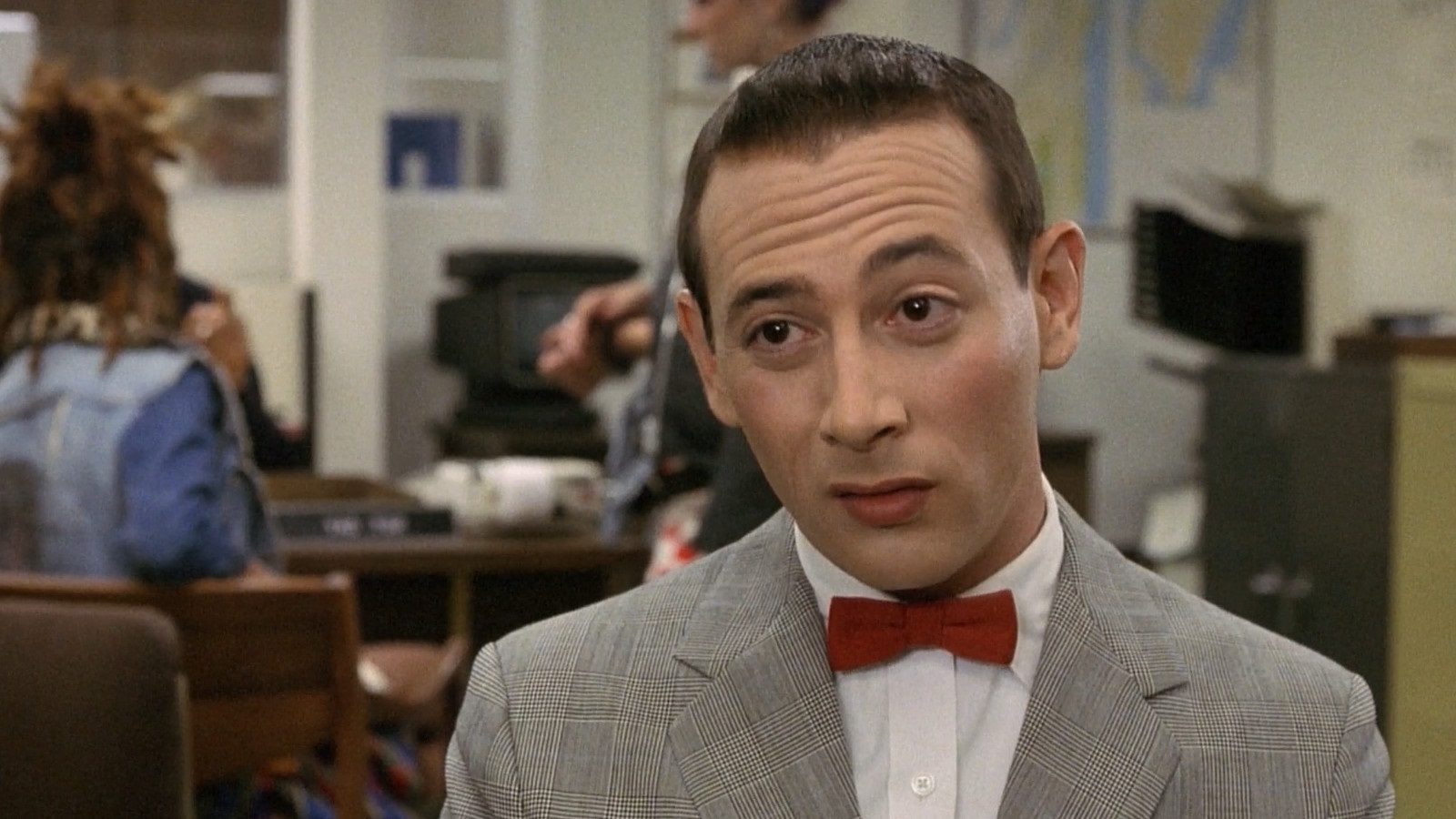 This Tim Burton classic follows the eccentrically charming Pee-wee Herman as he goes on a cross-country journey to find his stolen bicycle.

Along the way, he encounters a colorful cast of characters, including a fortune teller, a biker gang, and Dinah Shore. Pee-wee's Big Adventure is equal parts hilarious and heartwarming, making it one of the best films about theatre and circus around. 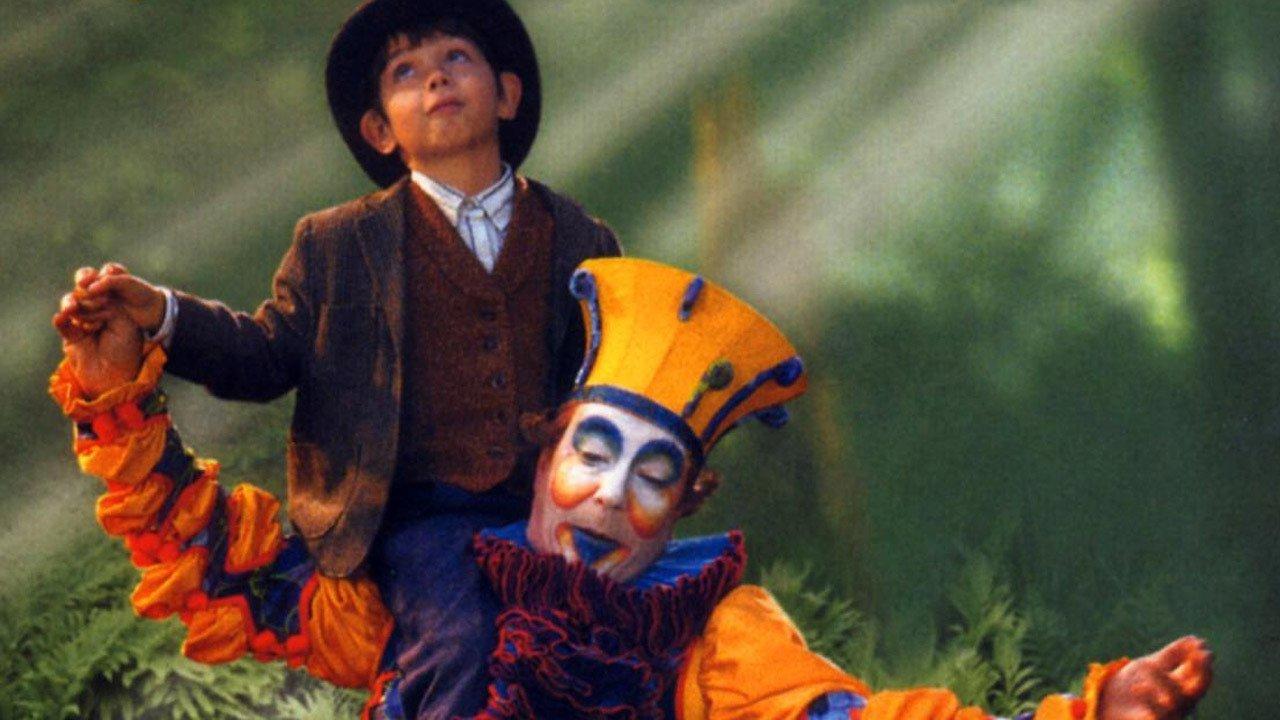 This visually stunning documentary tells the story of Cirque du Soleil, one of the most popular circuses in the world. From its humble beginnings in Quebec to its current status as an international phenomenon, Cirque du Soleil: Journey of Man chronicles the incredible journey of this unique circus troupe. Featuring never-before-seen footage and exciting performances, this film is a must-see for any fan of the circus arts.

As you can see, there are many great documentary films about theatre and circus that offer a fascinating glimpse into these beloved art forms. Whether you're a fan of Broadway musicals or Cirque du Soleil, you're sure to find something that you'll enjoy in one of these wonderful documentaries.

Theatre of Life is a 2016 documentary directed by Peter Svatek that chronicles a social experiment conducted by chef Massimo Bottura at the 2015 World Expo in Milan. Bottura invited 60 of the city's most vulnerable citizens - including refugees, former addicts, and ex-offenders - to dine at his restaurant, Refettorio Ambrosiano.

The aim of the experiment was to show that food waste can be used to create delicious and nutritious meals, and to help those in need. The film follows the progress of the project from start to finish, giving viewers an intimate look at the lives of the people involved. 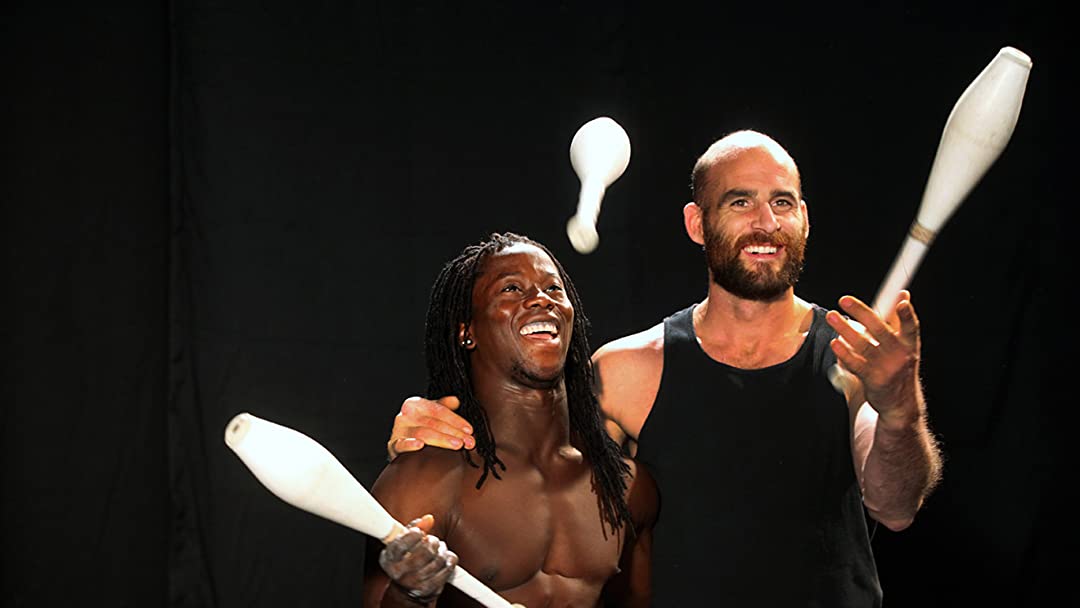 Circus Without Borders is a 2015 documentary directed by Susan Gray that tells the story of two circuses - one in Canada and one in Guinea - that are brought together by a shared passion for using circus Arts to overcome adversity.

The film follows the progress of both circuses as they prepare for a joint performance at the 2011 Festival Mondial du Cirque de Demain in Paris. Along the way, we learn about the performers' backgrounds and motivations, and we witness firsthand the transformative power of circus arts.

National Theatre Live is a series of live broadcasts from London's National Theatre. Frankenstein, which was first broadcast in 2017, is a recording of a stage production starring Benedict Cumberbatch as Victor Frankenstein and Jonny Lee Miller as his creature.

The play is based on Mary Shelley's classic novel, and it explores themes of family, abandonment, and what it means to be human. This production was acclaimed by critics and audiences alike, making it a must-watch for theatre lovers.