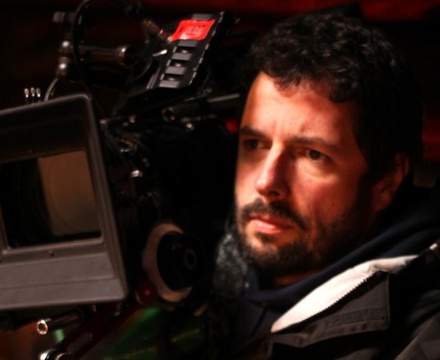 Charles de Lauzirika is an American DVD and Blu-ray producer and filmmaker.

Lauzirika spent his early years in La Crescenta, California and attended Glendale College where he served as entertainment editor of In Focus, the college's weekly Public-access television show. He also contributed to the school's weekly, El Vaquero, receiving several JACC student journalism awards for his work as editorial cartoonist, entertainment editor and editor-in-chief.

While working as a story analyst for directors Ridley Scott and Tony Scott, Lauzirika was chosen by Ridley Scott to supervise and produce elaborate DVD special editions of Scott's classic films. Lauzirika's works have been nominated for Video and DVD Premiere Awards, and in 2003 his comprehensive nine-disc Alien Quadrilogy garnered the DVDX Award for Best Overall DVD, Classic Movie. In 2008, Lauzirika won two Saturn Awards for his work on Blade Runner (Best DVD Special Edition) and Twin Peaks (Best Retro Television Release). And in 2011, he won his third Saturn Award for the Alien Anthology (Best DVD Movie Collection.)

Lauzirika has been in charge of the restorations and new cuts of such as films as Alien³, Legend and Blade Runner: The Final Cut, each project requiring new visual effects and additional scenes which had to seamlessly blend in with existing footage.

He has also directed several commercials and short films, as well as the music video for Montell Jordan's When You Get Home (1998) which featured Billy Dee Williams. Lauzirika himself occasionally serves as camera operator in his documentary interviews, thereby fostering a more intimate environment, allowing the interviewee to be more sharing on camera.

In 2010, Empire Magazine reported that Lauzirika was working on a comprehensive Blu-ray release of the four Alien films, now known as the Alien Anthology. In addition to creating new content, he also oversaw a new sound mix of the Alien³ Special Edition which necessitated the return of certain actors to re-record their dialogue due to the poor production sound heard in the film's original rough assembly. In 2011 it was reported that Lauzirika was working on DVD/Blu-ray special editions for such films as Transformers: Dark of the Moon, The Amazing Spider-Man and Prometheus.

Lauzirika made his feature directorial debut with the psychological thriller Crave which stars Josh Lawson, Emma Lung, Edward Furlong and Ron Perlman. Lauzirika is also one of the film's producers and co-wrote the screenplay.

Keepers of the Covenant: Making Exodus: Gods and Kings

An in-depth documentary on the making of Ridley Scott's "Exodus: Gods and Kings," featuring interviews with the cast an…

Twin Peaks: A Slice of Lynch

The first extensive extra in the 10-disc set, "A Slice of Lynch" finds David Lynch sitting down for coffee and cherry p…

Strength and Honor: Creating the World of Gladiator

An in-depth look at the entire making of Ridley Scott's Gladiator.