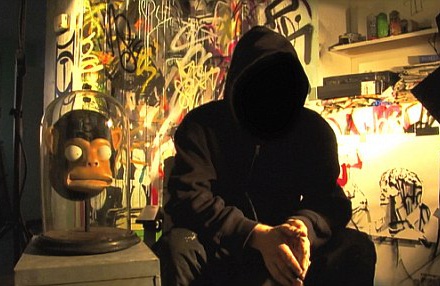 Anonymous British graffiti artist, political activist, film director and painter Banksy whose real name is believed to be Robert Banks, is best known for his artistic works of political and social commentary.  Banksy began as a freehand graffiti artist 1992–1994 inspired by local artists and his work was part of the larger Bristol underground scene.

Banksy's first film “Exit Through the Gift Shop” (2010) made its debut at the 2010 Sundance Film Festival. The film was released in the UK on 5 March 2010. In January 2011, he was nominated for the Academy Award for Best Documentary for the film.