Under The Palaver Tree 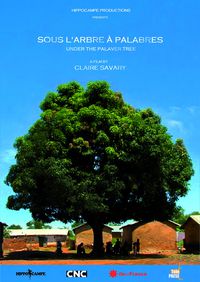 In Guimbereru, a small village in Benin that seems lost in time, a young man from the community begins a personal search on the challenges of the generation gap between the inhabitants.

Under The Palaver Tree. An African village between tradition and globalization

In a small Beninese village named Guimbereru, time is set by the sun’s path and tradition seems unchangeable. However, life has deeply changed since the Whites arrived. A gap has insidiously opened up between nearly hundred-year-old men and young people caught up in the wheel of globalization.

How can one talk and understand one another? How can the history of the village be passed on before it disappears? Inoussa, a young man born in the village, embarks upon a personal quest by asking these old men under the shelter of mango trees. Speech is freed little by little and the history is revealed, in spite of misunderstandings and taboos.