This Is My Picture When I Was Dead 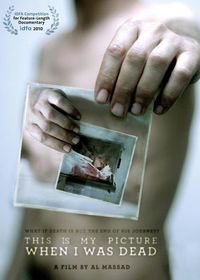 Athens, 1983. The world press reports that 4-year old Bashir is killed in the assassination of his father, Mamoun Mraish, a top PLO lieutenant. Father and son are declared dead but when they arrive at the hospital Bashir turns out to be still alive. But if Bashir is fully alive today, what happened to the dream he and his father were believed to have died for?

This is my picture when I was dead, the portrait of a survivor

Bashir was only four when he and his father Mamoun Mraish, a senior leader of the Palestine Liberation Organization, were declared dead after an assassination attempt. Upon reaching the morgue, they discovered that Bashir’s heart was still beating. He had survived. His father did not. Years later — including four years of post-attack amnesia — a Bashir in his thirties embarks on a journey back to the episode that marked him for life.

The incident occurred between the ups and downs of 1983, when the Palestinian political struggle was in its blaze with the leadership of Jasser Arafat and the Israeli Mosad conspiring to tackle his advance. In this documentary premiered almost thirty years later, Jordanian director Mahmoud al Massad builds a structure where the personal search of a gravitating character is interwoven with the political plot of a region in constant struggle.

Using fictionalizations of the moments narrated by Bashir, interviews with old friends of his father and meetings with close friends and his own mother, This is my picture when I was dead takes shape as it develops. The narrative premise is to walk a path through time in order to draw the blurred figure of a father. This includes the putting into perspective of his political ideal that and the outline of the personal horizon of Bashir himself.