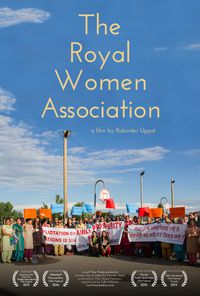 An inspiring documentary about a group of South Asian women living in Calgary, Canada, who promote women's rights from a common space where they have found freedom: The Royal Women Association.

The Royal Women Association, A space for the liberation of women

Sarbjit, a woman who left her homeland to raise her four children in Canada, went from being a victim of domestic violence to becoming a leader in the defense of women's rights in just two years. This sudden change could not have been possible without the existence of The Royal Women Association, a space in which South Asian women in Calgary can find the freedom and inner talent that cultural tradition once prohibited them.

Sarbjit opens the doors of her house and tell us about her history of pain, change and freedom. Through her we meet other women who have finally found a way to enjoy life knowing their right to a life without repression or abuse and helping others to dare to obtain the liberation that they took so long to conquer.

In this documentary, a look at a small civil space becomes an intimate approach to one of the pending problems for humanity. From a local range, the struggle of these women make for a great step forward to a worldwide movement that has been forging for decades. This film makes us be part of that struggle as spectators, because it is never too late to dare to take that first step against the ballasts of our cultures.