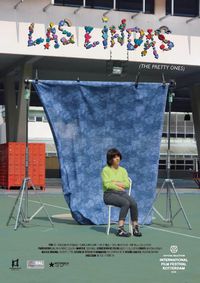 Why is it so important to be pretty? Why does the gaze of others matter so much? This personal documentary explores the construction of the female gender in a world of ubiquitous images.

The Pretty Ones. The portraits of female beauty

Melisa has five girlfriends from childhood whom she interviews. While shooting from behind the camera, she talks with them about their childhood and teenage experiences to try to deepen in the implications that being a woman had throughout their lives.

These stories told in intimacy are compared alternatively with Melisa’s experience, (re)constructed from images from her personal archive along with a voice-over narration