The Most Beautiful Country In The World 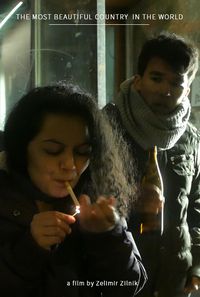 In Vienna, a group of immigrants from the Middle East try to integrate into the Austrian society in the midst of the hostile advance of anti-immigration movements that are emerging in Europe.

The Most Beautiful Country In The World. The clash of two worlds in present-day Europe

The film follows a group of young migrants in Vienna who break through the administrative labyrinths of checkings and gaining status and residence.

We see their anxieties, mutual encouragement and achievements - while mastering the foreign language, they demonstrate skills in their professions, clarity and knowledge on entrance exams for schools and universities.

It is also a story about new and old friendships, about the feeling of freedom in the new environment, without the pressure of war threats and the patriarchal stance of the family life.