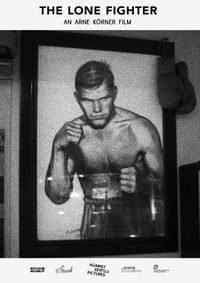 Filmed in a grainy black and white, this short film makes a portrait of Jurgen Blin, a retired German boxer who fought against Muhammad Ali and many other obstacles in life.

The Lone Fighter. The portrait of a retired boxer

At his 15 years of age, Jürgen Blin ran away from home, leaving behind a very poor neighbourhood. After an apprenticeship as a butcher and having been hired by a freighter and, he finally discovered boxing, his real passion.

In 1971, he fought against Muhammad Ali and was an European Champion in his category. But Blin has never had it easy. He have always had to make his own way overcoming strong setbacks. Many years after his Golden years, the director Arne Körner makes this film portrait.