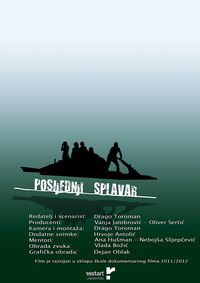 This gripping film follows the last log floater on the river Tara in Montenegro, a wild and very dangerous river.

The Last Rafter. An Adventure on a raft in Montenegro

He is the descendant of Pendek family, the once famous family of log floaters and ‘’Triftars’’ from Bastas in Bosnia and Herzegovina.

On Splavište, Fikret has a log made of wooden trunks, weighing several tons. Together with around 10 impatient tourists, he is floating it down the strong and fast currents between high stone bulks, and letting it into an unusual adventure.

The film captures one day in Fikret's life, which is marked by one dilemma: should he abandon the family tradition and a heritage which is hundred years old, leave the hard physical work on a log, or should he continue no matter what?