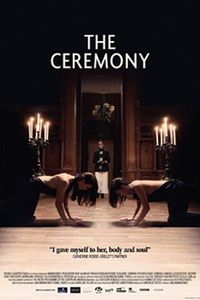 The ceremony, the lady and the house of sadomasochism

One of the most curious anecdotes of the film is the contract signed between Beverly Charpentier, one of the characters of the film, who is thirty years younger than Catherine and has decided to have her as her mistress, living under total obedience in everything she decides for the rest of her life. The film opens minds and pores in an experience of expectation that questions the relationships between human beings and the behaviors of a society that educates us to sublimate our most natural desires.