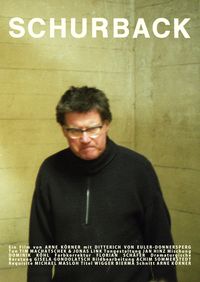 Some make documentaries of successful people, while others - like the case of this short film - prefer to look at those who have not fared so well. Herr Shurback is more than just a failed entrepeneur. This is his movie.

Schurback. The portrait of a failed entrepeneur

All his life Wilfried Schurback sold umbrellas. Day in, day out for thirty years he crouched down in his half basement shop until no customers showed up anymore. After closure of his business, he applied for unemployment benefits.

The Jobcentre send him on to a job coaching. He passes through a row of seminaries: motivation training, Excel, Word but also Yoga and recreational group activities.

Upon completion of his job application profile and not even receiving any replies, whether positive or negative, Herr Schurback get’s to know the secondary labour market.

He is given a so-called “One Euro” job. This film is a direct, simple portrait of a failed entrepreneur.