My Childhood in Hell 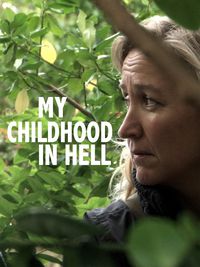 Neglect, poverty and sexual abuse twisted Lisbeth Zornig Andersen's childhood. She managed to transcend her upbringing and now has a fine career and a well functioning family. Today she revisits her past – a much harder journey than she had imagined.

Childhood in hell, looking for the picture of a lost childhood

In order to heal the traces of a dysfunctional upbringing, Lisbeth Zorning Andersen finds herself in the work of writing a book to help overcome the greatest trauma of her life. But in order to finish her work, she needs to find images, even if only one, from that time when she and her siblings were abused and mistreated psychologically and physically by their stepfather under the contemplative shadow of a mother

In search of this lost picture, Zornig makes a series of visits to his relatives in her attempt to reconstruct the image of a past that affected the destiny of herself and her siblings. But the images do not appear, it all becomes blur and the happens with reality when, in one of the confrontations she has, Zorning discusses with her mother the true cause of the death of one of his brothers, who is believed to have committed suicide.

The camera of Danish director Mette Korsgaard keeps an unbreakable loyalty to Zornig, who maintains an admirable candor even when facing the man who made of her childhood a living hell. It is the crucial encounter between her and her stepfather, a man whose face we cannot see and represents the most important link in her discovery of the designs of the upbringing, her personal rediscovery and forgiveness.