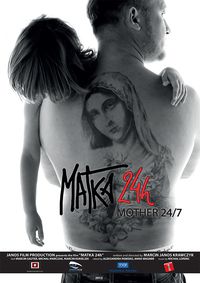 The visits of a sacred painting to the houses of ordinary Polish people frames the visit of a homeless person to his mother after many years of absence. A film that reflects on the female figure that gives us life.

The copies of the holy Picture of the Black Madonna of Częstochowa have been travelling across Poland for more than half a century, staying in the houses of its worshippers for 24 hours.

The visit of the picture is an excuse for the profound and penetrating observations of the protagonists not only in connection to their faith, or lack of it, but also the depiction of the simplest human relation between mother and child.

The director observes a homeless person, who, after many years decides to finally visit his old mother. He - a prisoner who enshrines his own mother as an example of pure love and she, a women concerned about the future of her son.

He also visits the orphanage and hospital where this special bond that only a mother can give, is so longed for. Although there are many who remain skeptical, for others the encounter with the holy picture is a guidance to self-reflection and the hope for a better tomorrow.