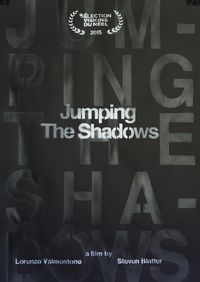 Musician and singer from London Wayne Paul returns to the East London neighborhood where he grew up, a place where a violent father and a life surrounded by drugs and street vices were sharp obstacles that he had to overcome to continue his life.

Jumping The Shadows, when music lights up the darkness

Raised in a dysfunctional home under the abuse of a father who beat him regularly, at 6 years of age little Wayne Paul developed a severe speech impediment. It's the harsh east of London in the early seventies, and the worst things are to come in Paul's life.

Almost half a century later, at the age of 50, Paul is a renowned singer with a very particular voice. In this documentary, Paul revisits the episodes of his past, where drugs, prison and violence were at the mercy of the day. But what was the key to surpassing such tremendous obstacles in the life of a man with a rich personality and an incredible desire to live?

Maybe the answer is in his human quality, as his own mother says at the beginning of the film "If Paul goes to hell, he knows someone there or someone knows him"