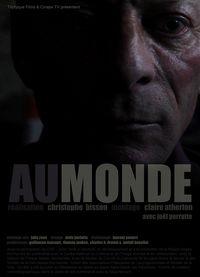 After undergoing a laryngectomy and becoming mute, Joël Perrotte confined himself to his basement. But it is time for him to go out into the world again.

Into The World. The story of an extraordinary metamorphosis

Total laryngectomy, a mutilation that affects the face and the voice, can be lived as a profound metamorphosis. Joël Perrotte undertook that surgery in 2007.

After becoming mute, his first reaction was to retreat from the outside world, in the basement of his home.

Thanks to his wife's support, he surfaced back, and found the strength to learn a new voice and become part of the society.