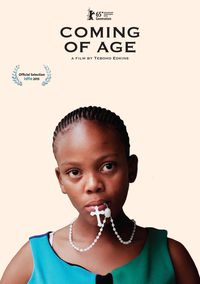 Two teenage girls who are best friends and two young brothers grow up surrounded by the cold mountains of Lesotho, a country in southern Africa.

Coming of age, the life of four teenagers in the mountains of Lesotho

In southern Africa, among the arid and cold mountains of Lesotho, four young people live their daily lives in the small agricultural village of Ha Sekake. A 15-year-old boy tends his family's flock of sheep alone through the winter. His younger brother might have to quit the village school to help him. And two girls try to maintain their unique friendship when one of them goes off to attend a better school and the other stays in the village.

Director Teboho Edkins returns to his native country to film, over the course of two years, the natural evolution of these teenagers immersed in the inherent tension between tradition and personal will. In the climax of the film, one of the girls goes to a Catholic mass and the older brother exercises an ancestral initiation rite, two religious ceremonies that become powerful visual metaphors of transformation.