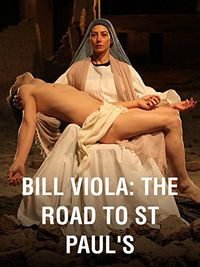 We embark alongside Bill Viola, the greatest video artist of this century, on his twelve-year adventure of crafting his famous permanent installation at St. Paul's Cathedral, in London.

Bill Viola - The Road To St. Paul's. The video artist of the century

This powerful documentary follows the world’s most influential video artist Bill Viola and his wife and close collaborator Kira Perov over a twelve-year period as they undertake and complete the installation of two permanent video works, Mary and Martyrs, in St. Paul’s Cathedral in London.

In documenting Viola’s approach, the award-winning arts documentary director Gerald Fox captures the essence of Viola’s creative process, along with the significant changes that occur in these two figures over the lengthy time period.