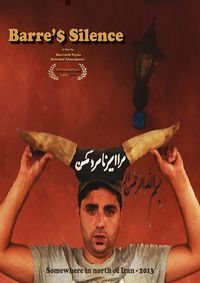 In a small village in northern Iran, the life of the inhabitants revolves around Barre, a fighting bull that sustains the dignity of this remote place.

Barre's Silence. A bull, the pride of a town

The inhabitants of a remote Iranian village speculate and argue about the performance of their local pride and joy,'Barre' the fighting bull. The pain is palpable when he loses to his rival from a nearby village.

The Locals wager large amounts of money on these ancient bullfights, but what's most at stake is the honor of the village. The bull's owner 'Nader' is sitting out a jail term, so his son in law is taking care of Barre.

While the voice-over recounts the events leading up to Barre's triumph and the impact of his defeat on the villagers, the camera focuses on the bull's passionate admirers at the fights.