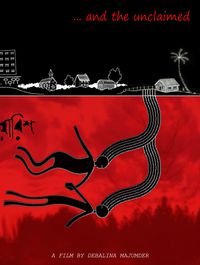 Trapped in an Indian society that does not accept their relationship, two young lesbian women commit suicide in Nandigram in 2011. This film tells this love story through a letter written by one of them before passing away.

... And The Unclaimed. A Letter from two women in love in India

On February 21, 2011, two young girls committed suicide together in Nandigram, one of the interior villages in West Bengal.

As the story unfolded we came to know of their love affair, and non-acceptance of the village community as well as their families. To deal with ‘abnormal’ relationship, one of the girls was married off in haste.

Under the societal pressure, the two girls committed suicide. But their death did not end societal non-acceptance. After their death their bodies lay in the police morgue for several days unclaimed.

One of the girls left a letter telling their story of love and loathing and asking their parents to cremate them together. This was their last wish.