Top Documentaries about Surf to Catch the Perfect Wave

Watching surf documentaries is a great way to experience the thrill and beauty of surfing without ever having to get wet. These films offer a unique perspective on the sport, capturing the raw power and grace of the waves as well as the unique culture and lifestyle of surfers. They can also provide an insight into the evolution of the sport and the people who have shaped it over the years.

The Sublime of the Surf 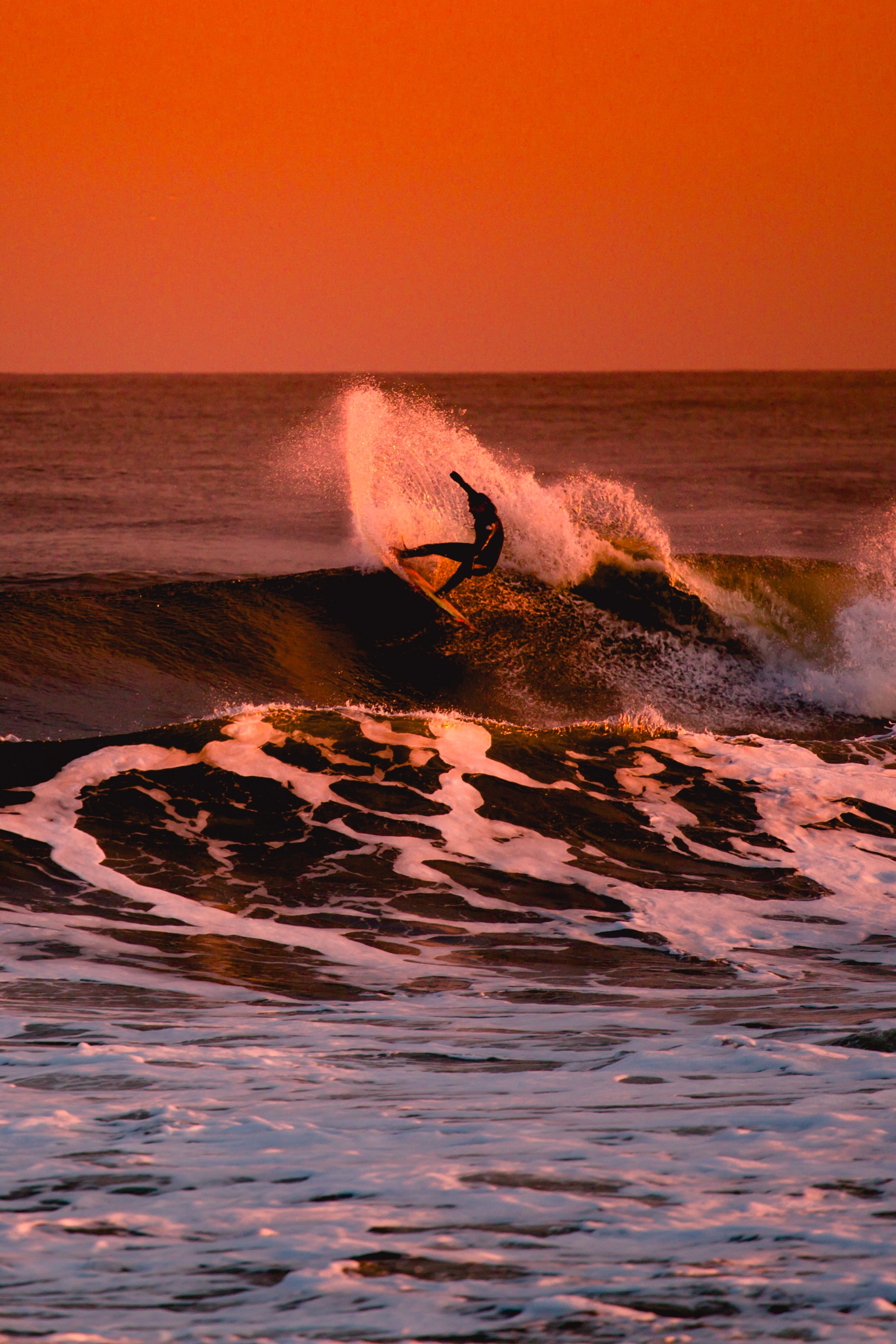 One of the main appeals of surf documentaries is the stunning visuals they provide. From the massive swells of Mavericks and Waimea Bay, to the crystal clear waters of Todos Santos and Jeffreys Bay, the films offer a chance to witness the raw power of nature and the skill and bravery of surfers as they tackle these challenging waves. They also provide a glimpse into the unique surf culture and lifestyle of surfers, who are known for their free-spirited and adventurous nature. 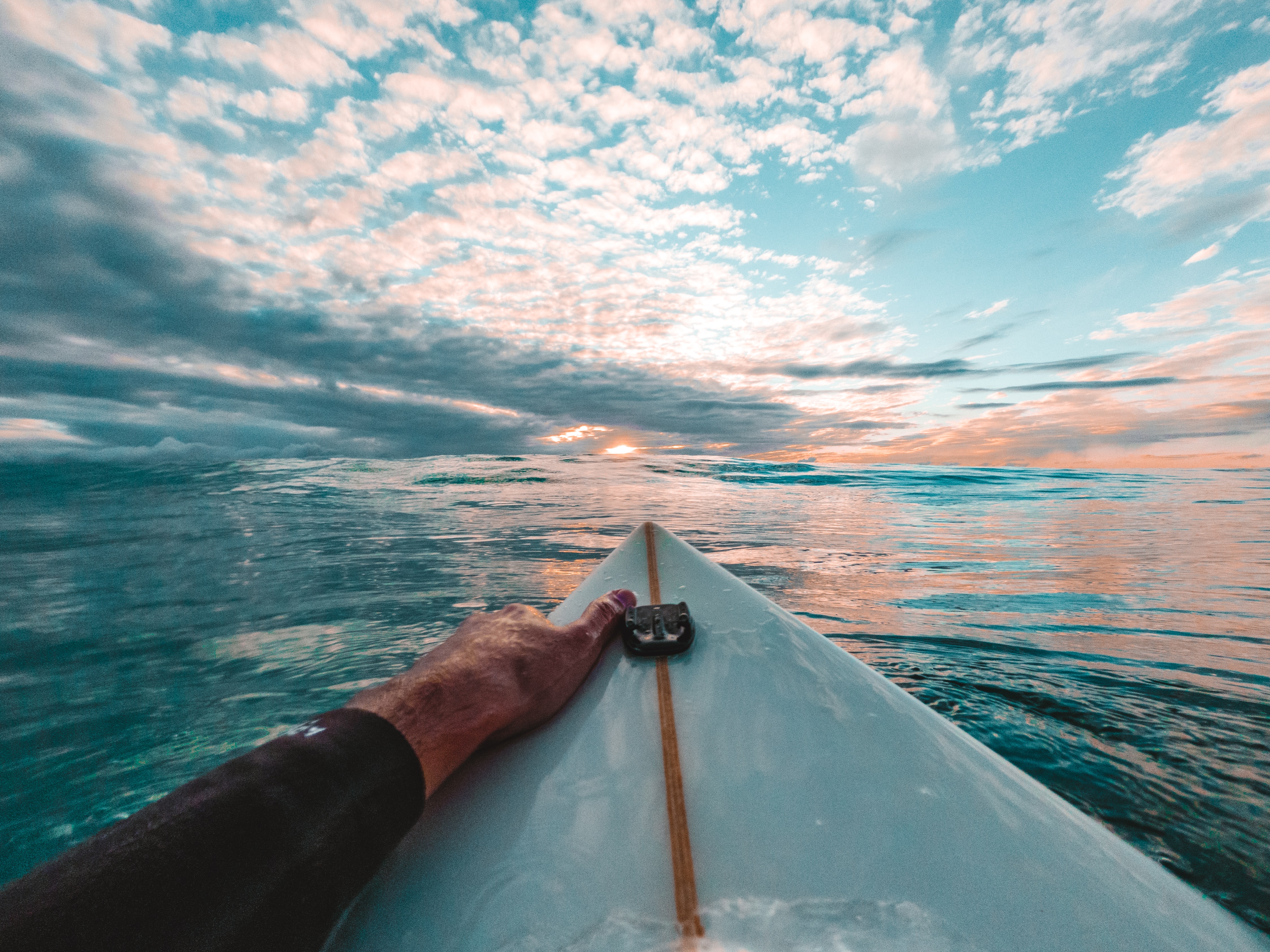 Furthermore, Surf documentaries are also a great way to learn more about the sport and its history. From the origins of surfing in Hawaii, to the rise of big wave surfing and the professionalization of the sport, these films provide an education on the evolution of surfing, as well as its impact on culture and society.

Which documentaries about surf can I watch online right now? 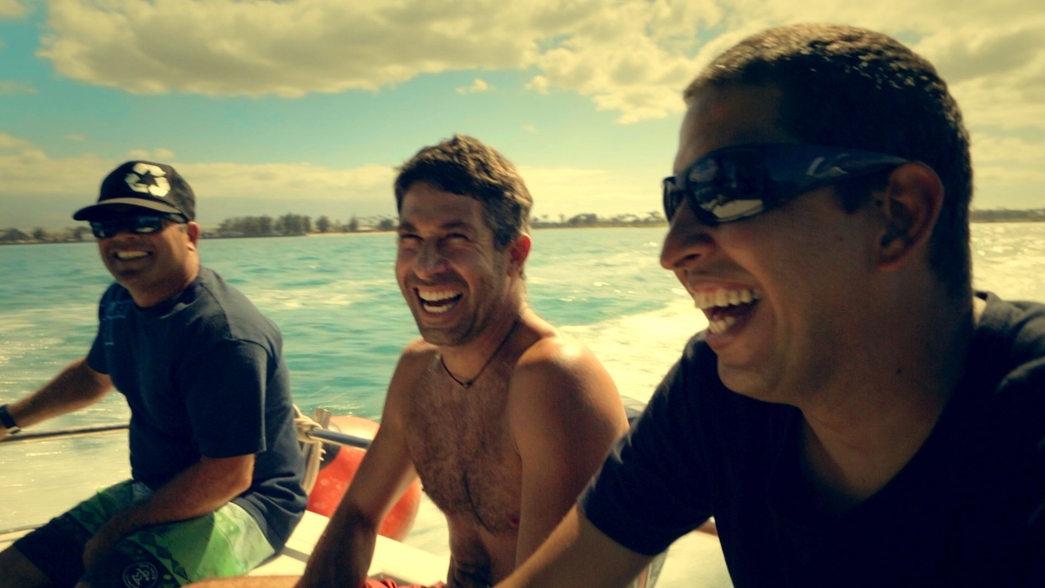 Three surfers face the biggest challenge in the world of professional surfing: to paddle the impressive waves of Jaws, Hawaii. Mad Dogs tells the story of three Brazilian surfers who have left all in chase of the dream of surfing the largest waves in the world.  Yuri Soledade, Danilo Couto and Marcio Freire, better known as ‘Mad Dogs’ changed the history of giant wave surfing by being the first to paddle the lethal waves of Jaws, in Hawaii. 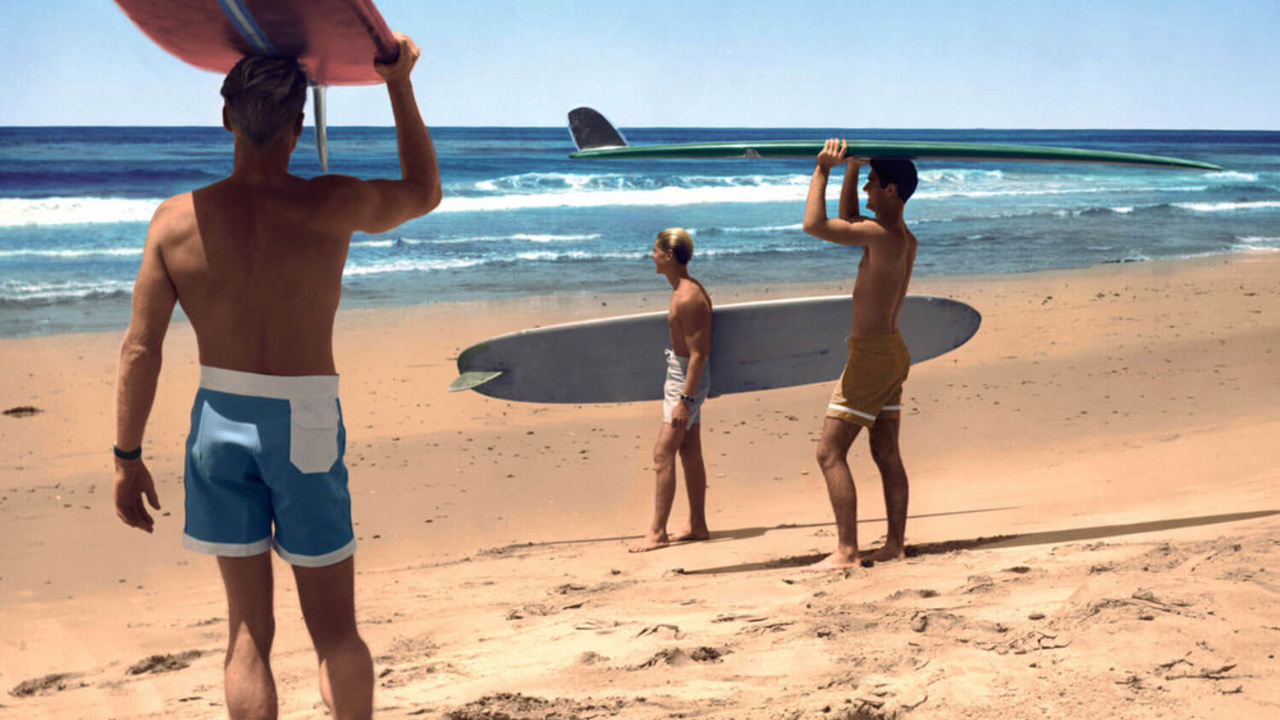 This classic documentary directed by Bruce Brown follows two surfers, Robert August and Mike Hynson, as they travel the world in search of the perfect wave. The film is credited with popularizing the sport of surfing and features footage from locations such as Hawaii, Africa, and Australia. The documentary begins by showing the surfers in California, where they express their desire to surf the perfect wave all year round, which leads them to embark on a journey to find the best waves in the world. Along the way, they encounter a variety of cultures and people, and surf some of the most iconic breaks in the world, such as Waimea Bay in Hawaii, Jeffreys Bay in South Africa, and Bells Beach in Australia. 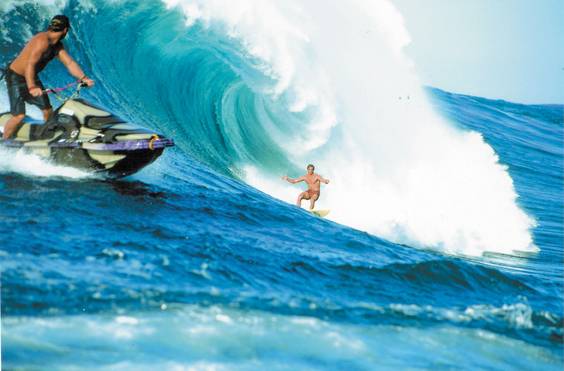 Directed by Stacy Peralta, this documentary explores the history and culture of big wave surfing. The film features interviews with legendary surfers such as Laird Hamilton and Greg Noll, and includes footage of some of the biggest and most dangerous waves ever surfed. The documentary starts with the origins of big wave surfing in the 1930s and 40s, and how it was considered a crazy and dangerous pursuit. It then follows the evolution of the sport and the surfers who pushed the limits, such as Greg Noll, who surfed the massive waves at Makaha in Hawaii in the 1950s, and Laird Hamilton, who pioneered tow-in surfing in the 1990s.

Bustin’ Down the Door 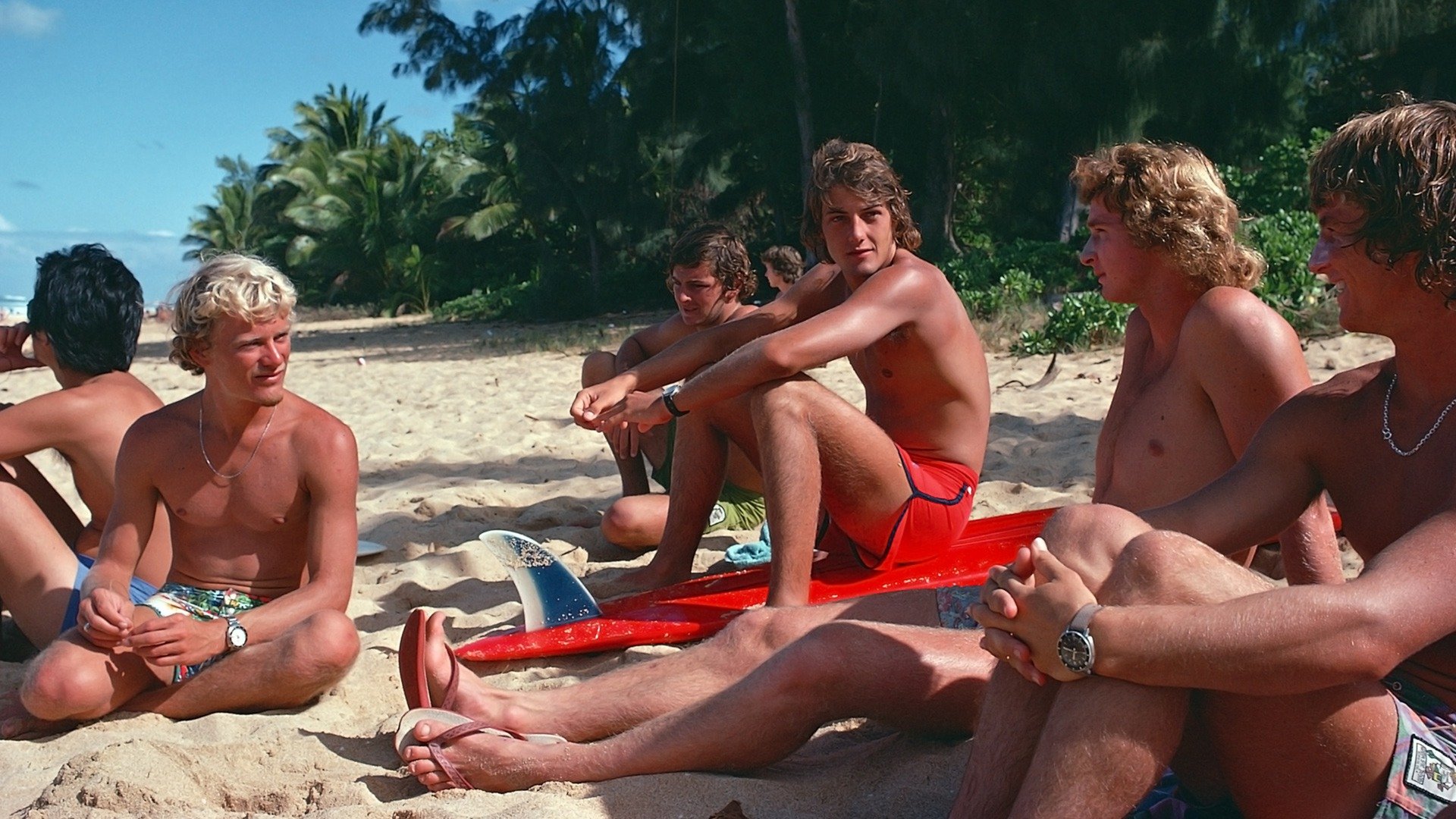 Directed by Jeremy Gosch, this documentary tells the story of a group of young surfers from California and Australia who, in the 1970s, traveled to Hawaii and challenged the local surfers for the right to surf the famous waves of Oahu's North Shore. The film explores the cultural and social impact of this "invasion" and how it changed the sport forever. The documentary starts with the origins of surfing in Hawaii and the arrival of Duke Kahanamoku, who introduced the sport to the mainland United States in the 1920s. It then shifts to the 1970s, when a group of young surfers from California and Australia, such as Shaun Tomson, Wayne "Rabbit" Bartholomew, and Mark Richards, traveled to Hawaii to challenge the local surfers and surf the big waves at places like Waimea Bay, Sunset Beach, and Pipeline.

This is the story of Allan and Patrick, two surfers that grew up together in Montauk, New York, who used to transfer marihuana from Colombia and Jamaica into the United States by sea and air. Several years later, they tell their story. This is a dynamic documentary about two 1970s era marijuana smugglers who were forced to split up when they got too successful. Nothing could prepare them for what they saw when they reunited 20 years later. Based on the best selling book 'In search of Captain Zero'. Shot in 3 countries with beautiful production value. 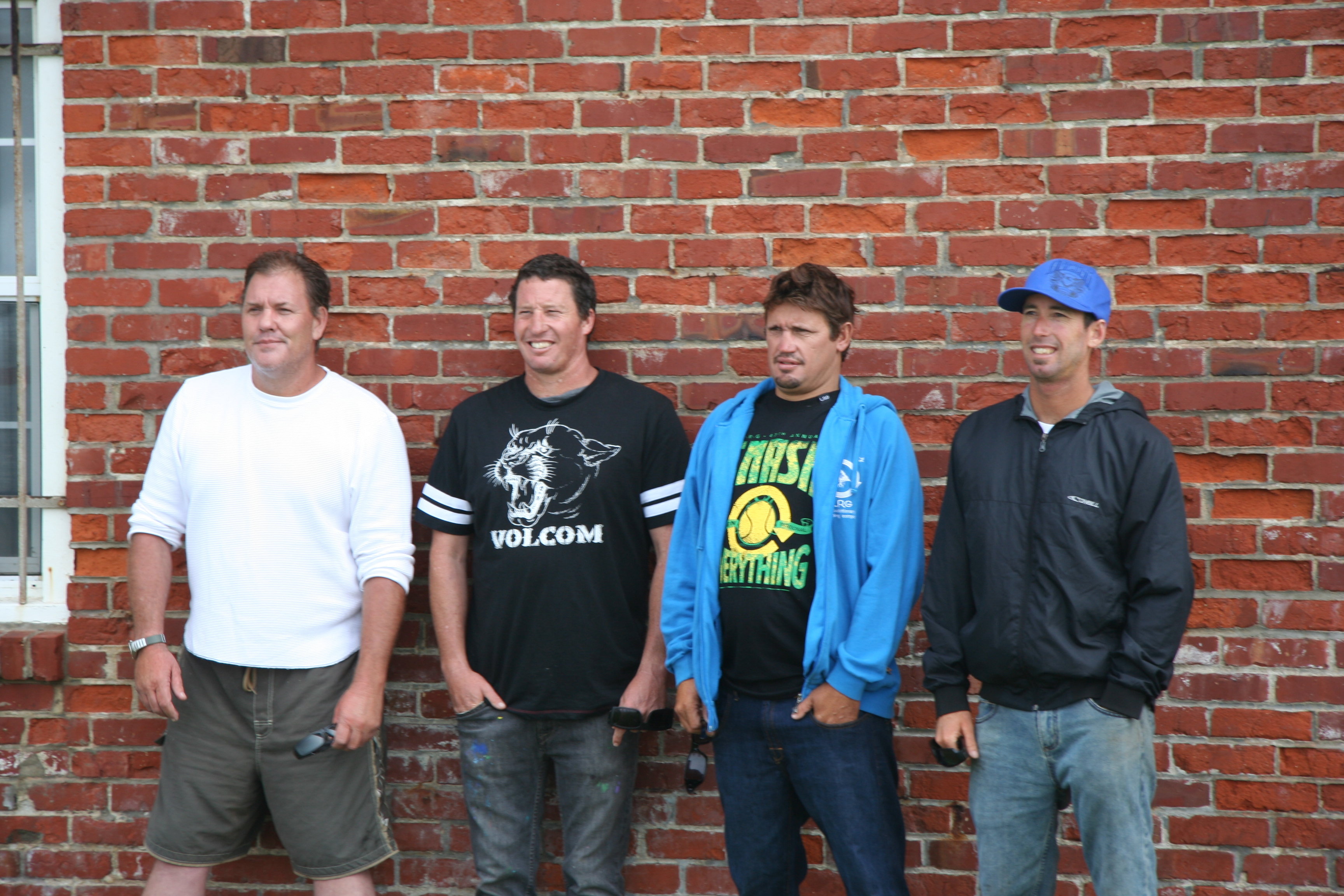 Directed by Justin Purser, this documentary follows the lives of a group of surfers from Santa Cruz, California as they navigate the challenges and rewards of the competitive surf scene. The film explores the unique surfing culture of Santa Cruz and how it has produced some of the best surfers in the world, such as Kelly Slater, Nat Young, and Shawn Rhodes. The documentary starts with the origins of surfing in Santa Cruz in the 1950s and 60s and how it became a hotbed for talent and innovation. It then follows the lives of a group of young surfers from Santa Cruz, such as Nat Young, Shawn Rhodes, and Anthony Tashnick, as they navigate the competitive surf scene and chase their dreams of becoming professional surfers. 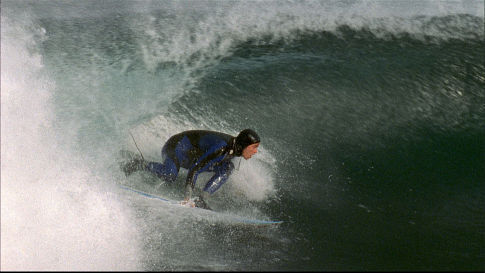 Directed by Dana Brown, this documentary explores the world of surfing, featuring a diverse group of surfers from around the globe, including big wave riders, pro surfers, and even a blind surfer. The film takes the viewer on a journey to some of the most beautiful and remote locations on Earth, where the surfers ride waves of all shapes and sizes, from the massive swells of Mavericks in California, to the perfect point breaks of Todos Santos in Mexico, and the gentle rollers of Lake Michigan. The film also explores the different styles of surfing, from the traditional longboarders of Waikiki, to the aerial acrobats of the pro circuit, and the spiritual connection that surfers have with the ocean.