With the World Premiere of Sam Vinal's "La Lucha Sigue” (The Struggle Continues) and a panel integrated of brave female leaders committed to social change from Central and North America Guidedoc is happy to support the Building Movements In Defense Of Life Free Festival, which is taking take place on Saturday 20th and Sunday 21st of March, in commemoration of World Water Day on March 22nd.

What kind of online environmental film festival is the Building Movements In Defense Of Life Free Festival?

Organized and supported by courageous environmental organizations and black and indigenous people social movements, the festival is a unique opportunity to watch documentaries on indigenous resistance and climate change to raise awareness about the threats to water preservation and the defense of the integrity of native territories in the region.

What environmental documentaries can we watch online at the festival?

After documenting the struggle of female leaders in the Louisiana delta against fossil fuel companies in "Water Is Life: From Standing Rock To The Swamp", and making visible the struggle of indigenous peoples to keep their territories free of pipelines on the west coast of Canada in "Invasion", Sam Vinal presents the world premiere of "La Lucha Sigue" (The Strugle Continues), a film about the resistance of indigenous communities defending their lands from Narcos and state-backed megaprojects in Honduras.

How to make an environmental documentary?

"I live in Los Angeles, but I know that there is so much importance of what is going on in the south for social movements, for climate change, basically the state of this country and beyond" says Vinal in a short presentation video speaking about his experience in "Water Is Life: From Standing Rock To The Swamp".

"I kept seeing the footage coming out of the swamp of people fighting so hard to stop this pipeline and there wasn't much coverage, and with my production company I try to find stories where we can make videos or short documentaries as tools for organizers to really stretch beyond.... and so that is how I came about"

"From there it was crewing up with a bunch of passionate people and comrades and colleagues to really do this passion project, so we were able to bring in high production value on a low budget" 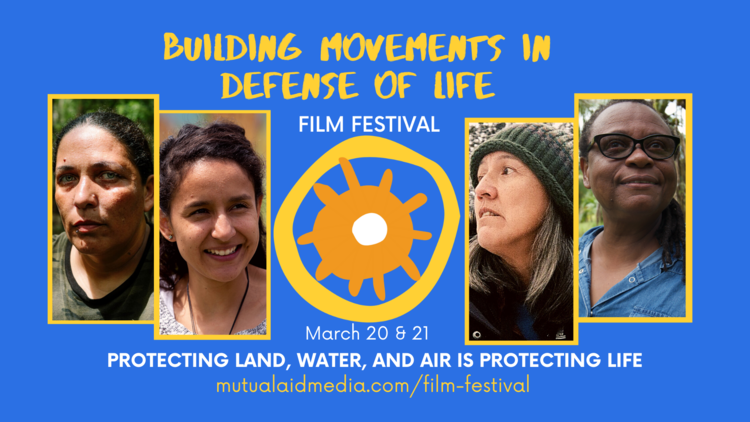 Vinal's trilogy will be followed by online thematic panels led by renowned female activists from the very communities depicted in the films.

Among the speakers are Miriam Miranda from the Black Fraternal Organization of Honduras; Cherri Foytlin, a co-founder of the L'eau Est La Vie Camp from Louisiana; Freda Huson, representing the Indigenous sovereignty in Canada's Northwest; and Berta Zúniga Cáceres, daughter of Berta Cáceres, a Honduran indigenous leader and environmentalist assassinated for her struggle for the rights of the Lenca people.