The Best Apps you must have to shoot a documentary film

Creativity, audacity and practicality, all these values taken together make the trilogy of skills that every documentary filmmaker must master to film a non-fiction film.

In the world of reality, there are no controllable factors and we must be prepared for everything in order to tell our story.

Because technology has changed a lot since Flaherty set out for utopian explorations to film indomitable landscapes, Guidedoc recommends 12 essential apps to shoot your documentary wherever you go.

What are we looking for in apps for documentaries? For Iphones, Smartphones, Ipads and more, today there are a variety of apps that we can have with us at hand with utilities that can make documentary filmmaking much easier.

They can help us to organize the different stages of production and even solve and anticipate certain unforeseen events.

These are the technological attributes we are looking for in the apps for documentary filmmaking on this list:

Connectivity: the idea is to be able to synchronize information with other members of our film crew in real time or as quickly as possible. But we also want to have access to basic functions when we do not have internet signal in our location, if, for example, we are filming in an inhospitable desert or a mountain far from civilization.

Practicality: a useful and easy-to-use interface to program the functions we need quickly. On a film set, time is gold.

Digitization: the idea of having a range of functions in a single device is the ability to save money and space in our filmmaker's backpack. Instead of using bulky paper files, or a film camera with a heavy box of film lenses, we will have apps that will simulate these objects digitally.

Geolocation: Documentary filmmaking is a quintessential intrepid genre. If we are doing ethnographic work, field research or whether we are filming in urban centers or rural areas far from the city, it is always convenient to have geolocation functions at hand to always know where we are and what services are available near us.

Quality: The precarious image and sound recording of cell phones is a thing of the past. With the advance of nanotechnology, these devices are able to offer a cinematic quality almost unimaginable 10 years ago.

What are the best apps for filming a documentary? 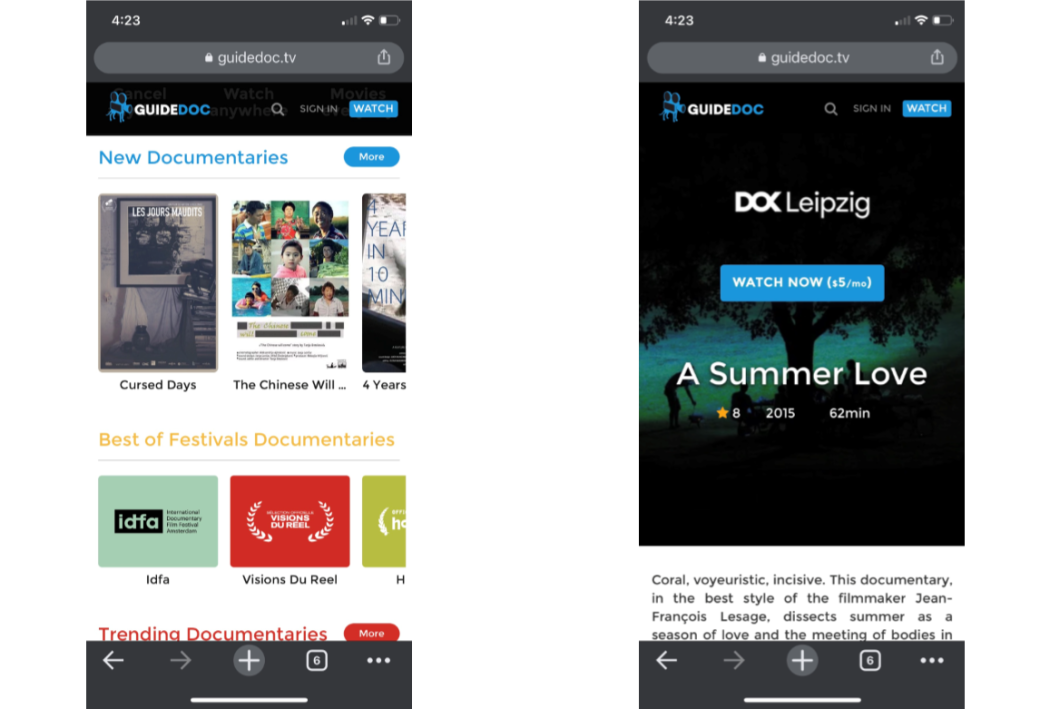 First of all, we have to get inspired.

If you want to watch award winning documentaries online, Guidedoc is th eperfect app for you. With more than 2,000 documentaries in its catalog separated by categories of festivals, countries, languages and genres, this app will allow you to find documentaries that are similar to the type of film you are planning to shoot.

With Guidedoc you will be able to make a map of thematic and aesthetic references that will help you realize the director's vision for your documentary. 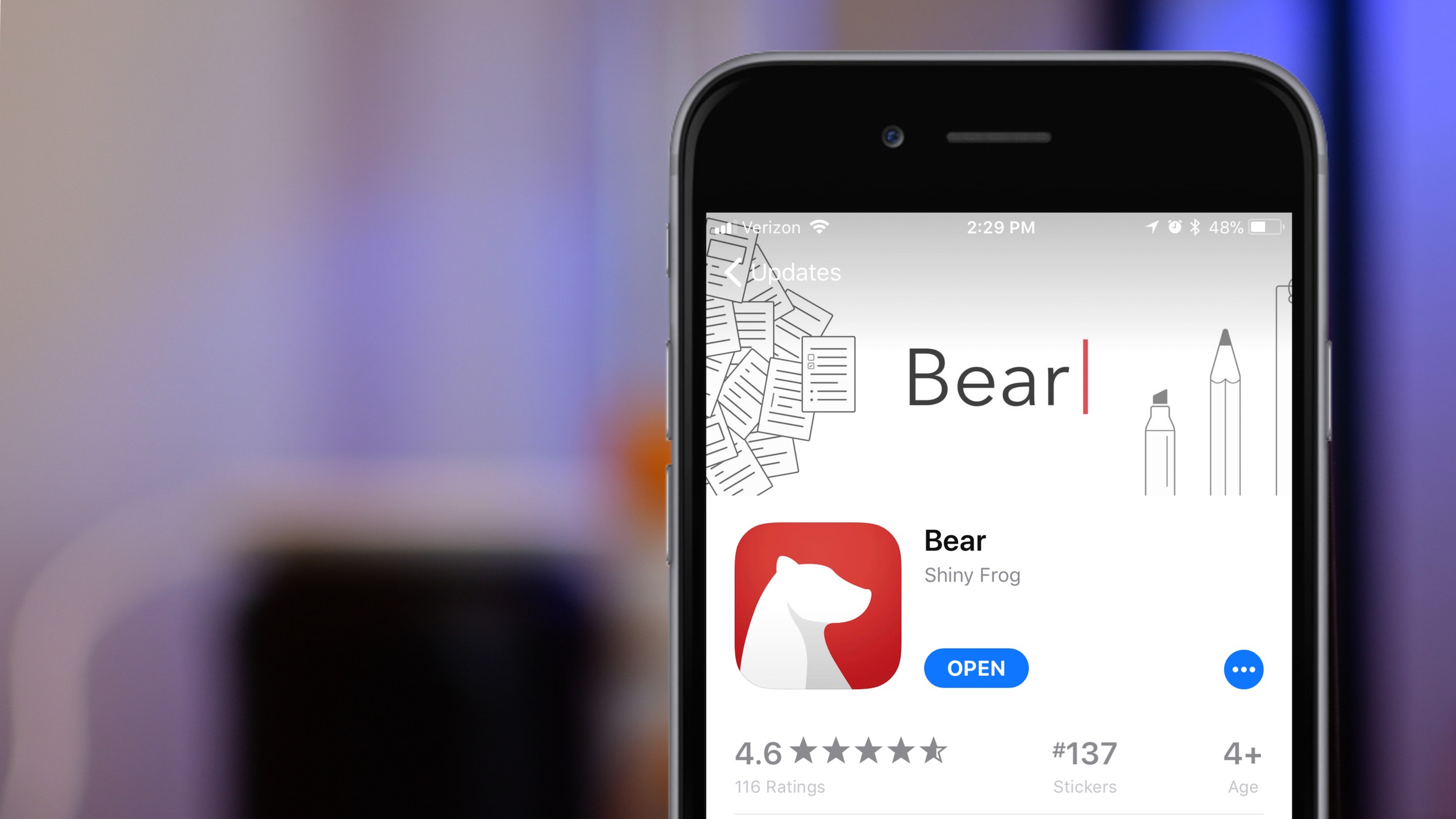 This app is a direct recommendation from Guidedoc’s founder, Victor Correal. As every good filmmaker takes care of his precious notebook with jealousy, with “Bear” we can have at hand a multimedia canvas to make notes.

This is a very handy app that works perfectly for us in the investigation-creation stage of our documentary which can also be of great help for our notes during the editing of our movie.

The app helps us organize photographs, drawings and other texts that help us keep in mind vital information we need for the development of our film. 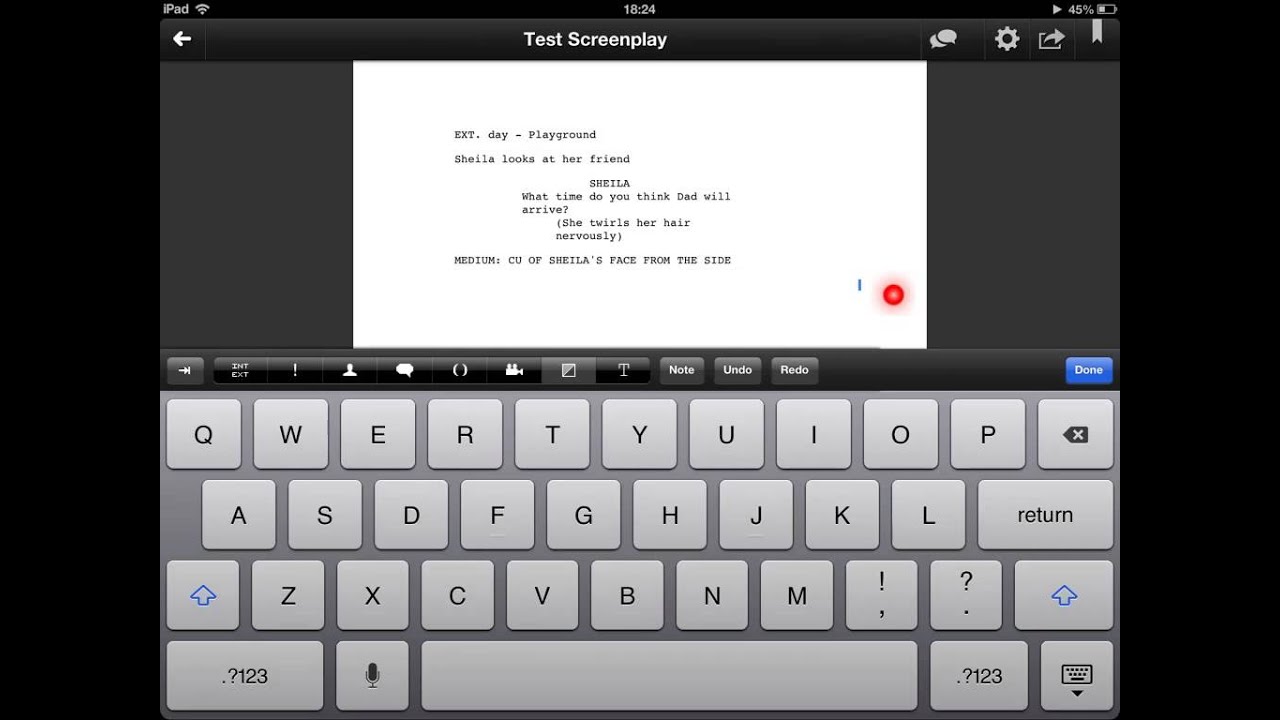 For those who identify themselves with a more controlled and predictive way of composing the story of your documentary "Celtx" is the pocket version of the classic screenwriting software you need.

It will help you write your documentary screenplay in an industry-standard format, cataloged by characters, scenes and locations. It also helps you create storyboards. 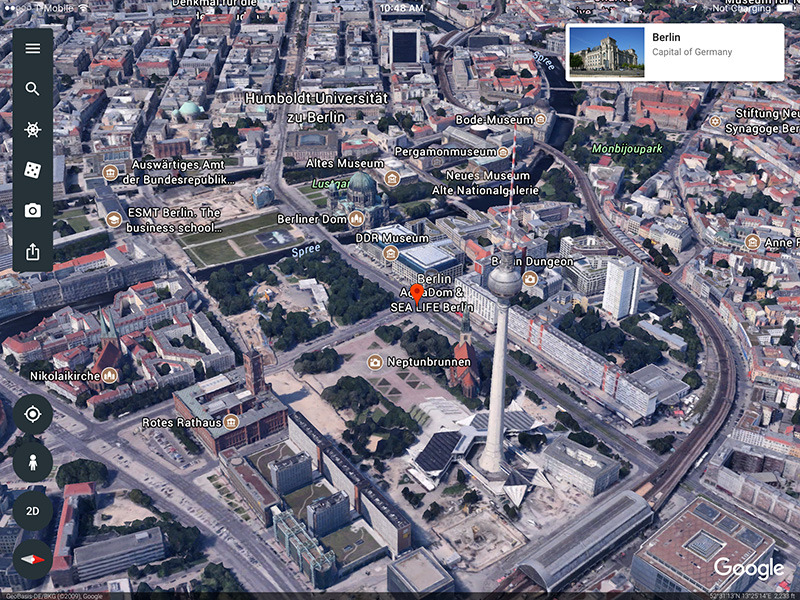 "Google Earth" allows you to travel to any part of the world virtually and see on the ground possible locations for filming, set up production camps and, with its partner application Google Street View, you can have 360-degree photographs of millions of places. 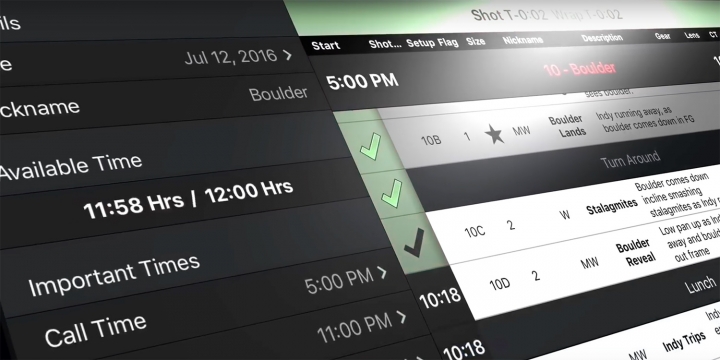 While shooting documentary cinema we do not always have an assistant director nearby, so at the time of shooting it is good to have our visual idea of the film stored in a safe place.

In “Shotlister” we can organize and reorganize our shot list in an easy and practical way. In addition, if things get behind schedule on the set, the app allows us to share any change of plans with the rest of the team in real-time.

This is undoubtedly the best filmmaking app to emulate those professional lenses that directors use on the set to choose the best angle and lens before starting to shoot.

Despite being the most expensive app of the list, we know that the investment is worth it when we have at hand a long list of lenses, cameras and aspect ratios that we can combine to know exactly how our shot will look like.

The app - which has been used by cinematographers that have become icons in cinema such as Roger Deakins - is quite handy when it comes to scouting locations, creating storyboards and choosing the ideal camera equipment for our shooting. 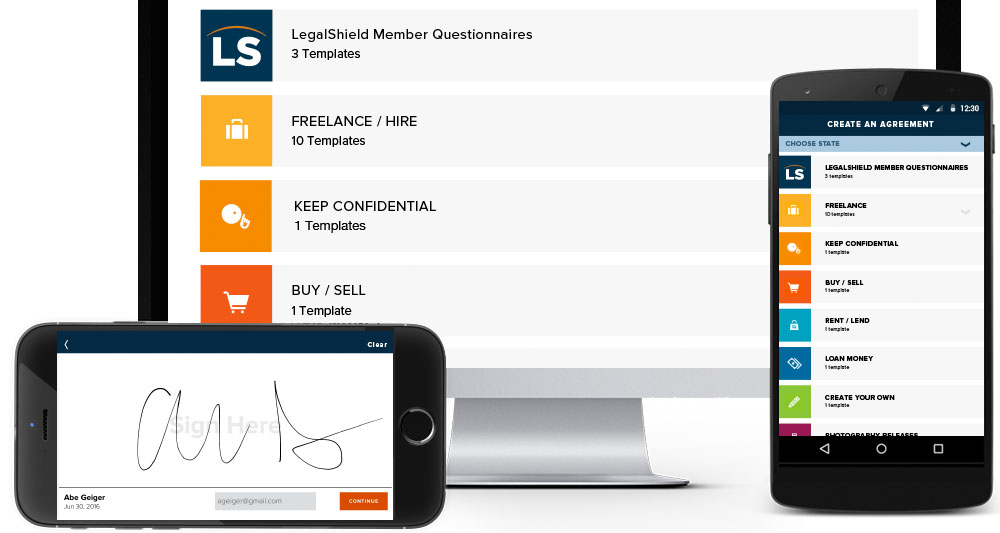 Like no other film genre, when shooting documentaries, the relationship of the production team with the people who help us make the film has many more implications than in the case of a drama.

“Forms” allows us to access a wide variety of types of contracts that will make our life easier in the legal aspect of our production.

In “Forms” we can create release forms, Non Disclosure Agreements (NDA), contracts with our suppliers and members of the production team, and other legal documents that we'll need for the subsequent distribution of our film. 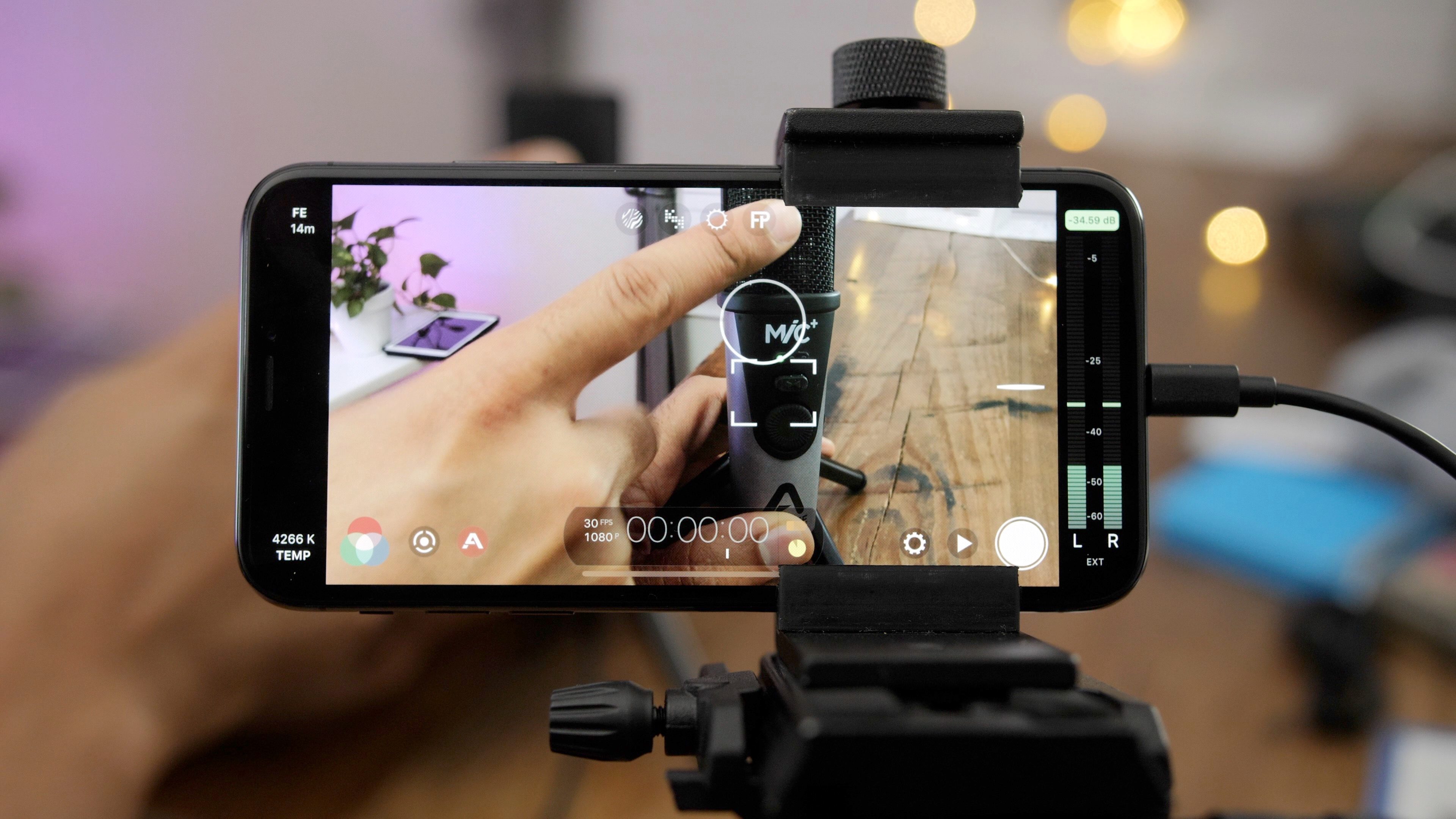 When filmmaker Sean Baker shot his film "Tangerine" using this app to shot the feature film with only an iPhone, "Filmicpro" became famous around the world.

This app allows you to control in an almost professional way the camera of your Iphone and thus adjust factors such as shutter speed, frame rate, aspect ratio and the quality of your video (up to 4K)! So you no longer need to rent a professional camera to get the cinematic look you are looking for.

A good documentary is never complete without a nice sound recording, especially if we talk about a hyper-independent production.

For only 5.99$ plus a lapel microphone, we can get appropriate sound recording equipment for the benefit of our movie.

“Rode Rec” allows us to monitor the waveform in real-time plus control the volume and other vital options for a quality sound recording.

The app also allows us to export the files in a variety of formats and upload them to Dropbox, Soundcloud and other storage sites immediately. 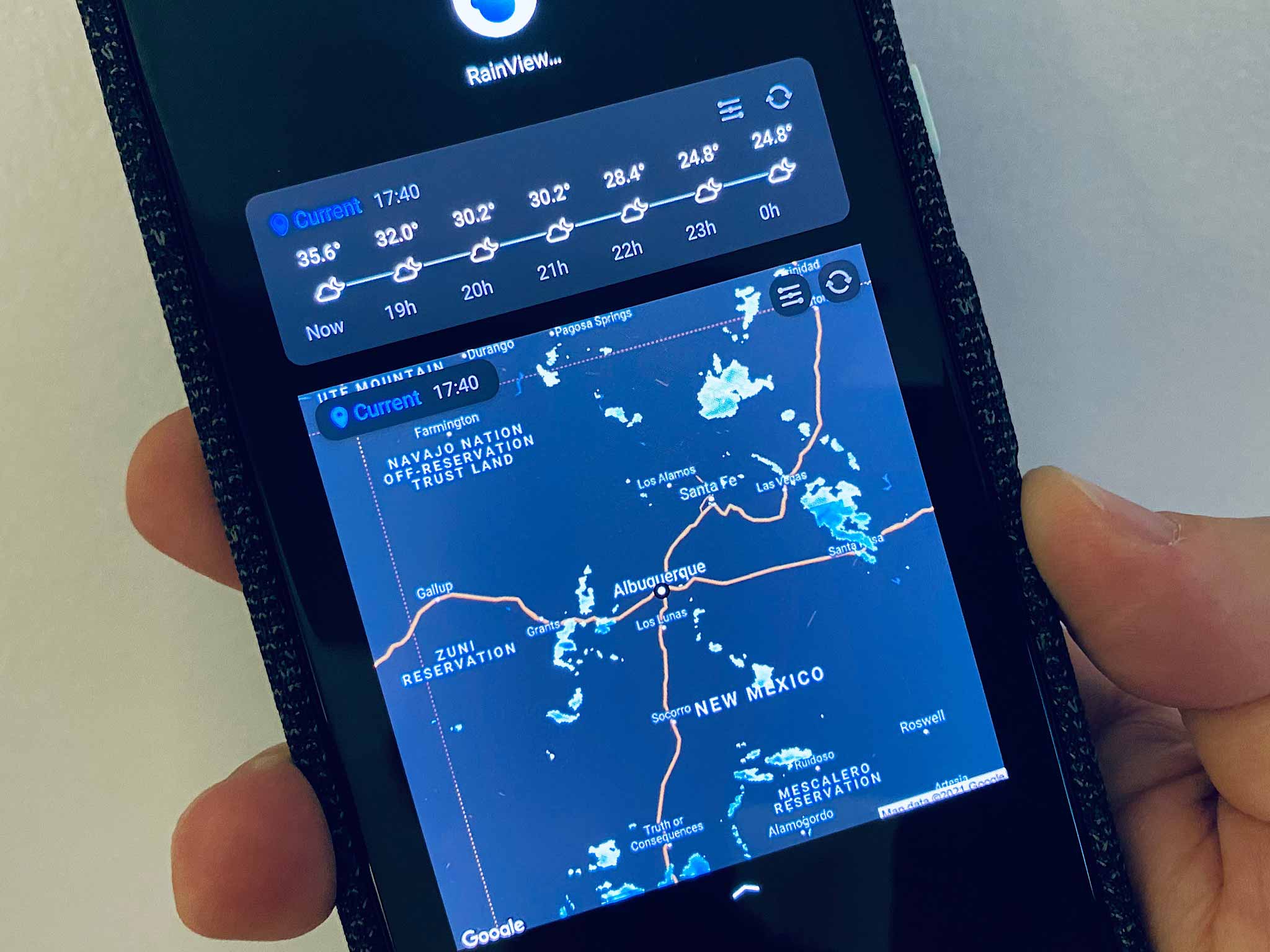 When filming your documentary either outdoors in nature or in the city, it's always smart to prevent any downpours that could spoil your shooting day.

With "Rainviwer" you can monitor the weather anywhere in the world in real time. The app has one of the most advanced rainfall forecasters, providing accurate start and end times of precipitation. 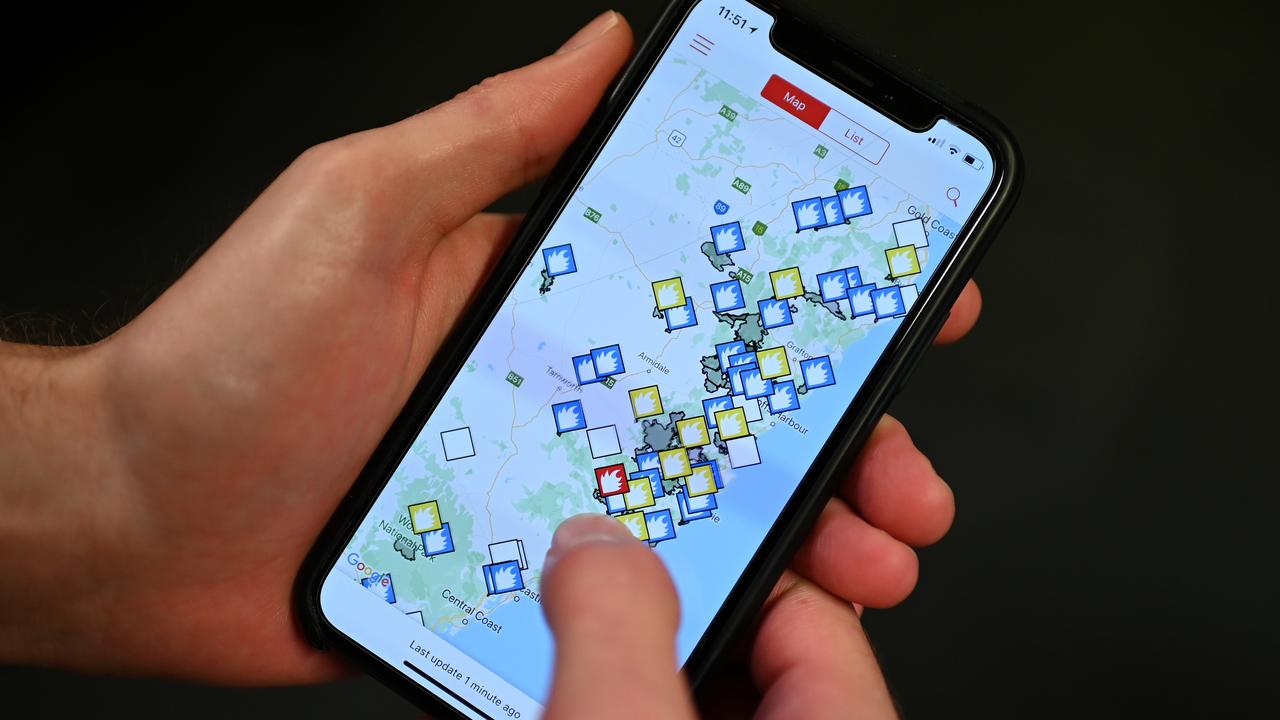 Every filmmaker knows that the most unexpected events arise during the shooting of a movie and we must be prepared to solve problems at all times.

"Nearme" allows the production team to know exactly what services and facilities are closest to any film set.

From hospitals, pharmacies, restaurants, mechanic shops or any other place that can get your feet out of the mud during the filming of your documentary. 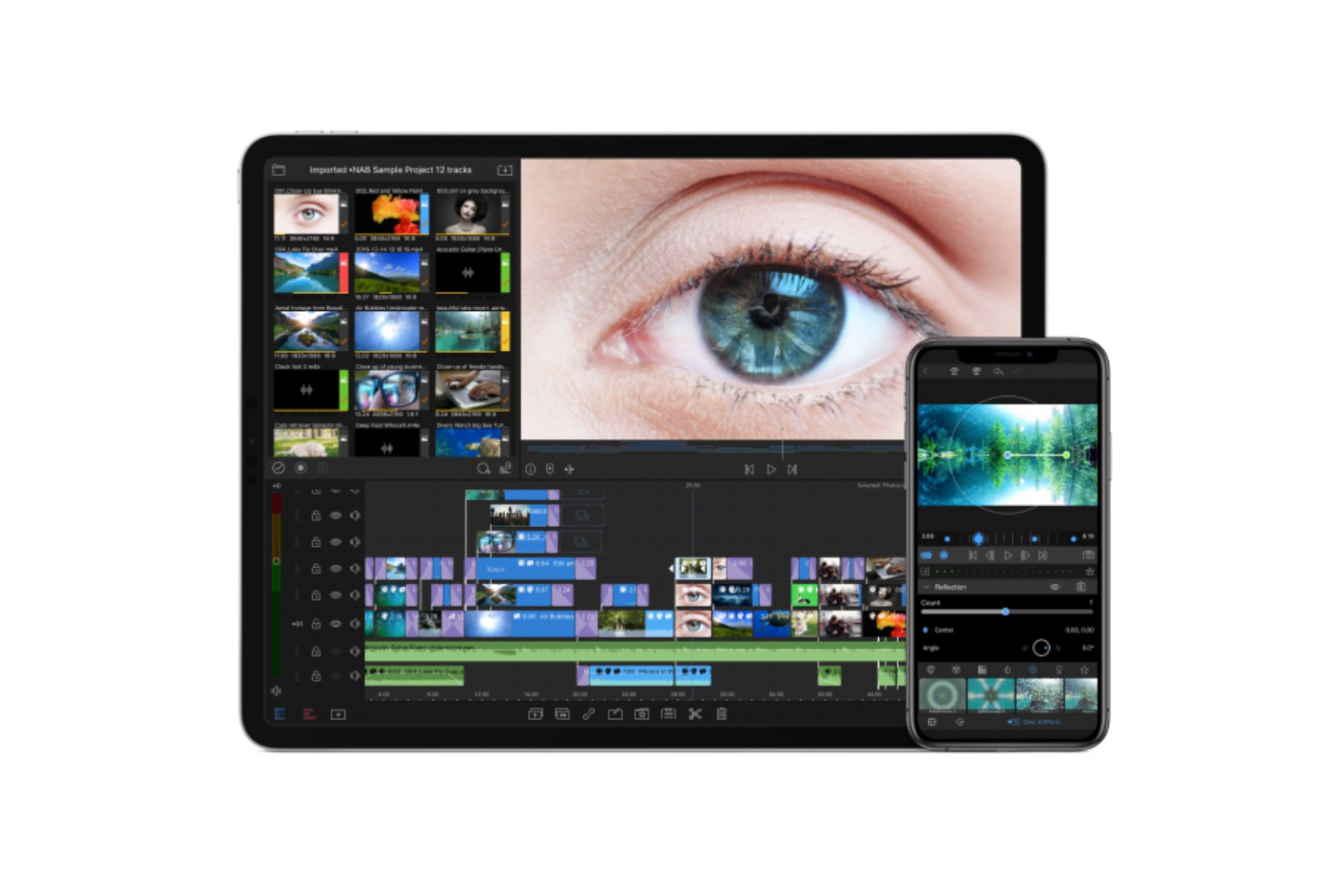 If you are shooting your documentary on your mobile phone you can also edit it there with "LumaFusion".

With a neat interface and functionality that has little to envy from industry-standard non-linear editing software, this application gives you a multi-track dashboard so you can add all kinds of video and sound to your documentary.

Ideal for quick on-location editing to preview how that sequence you imagine in your head is going to look like.