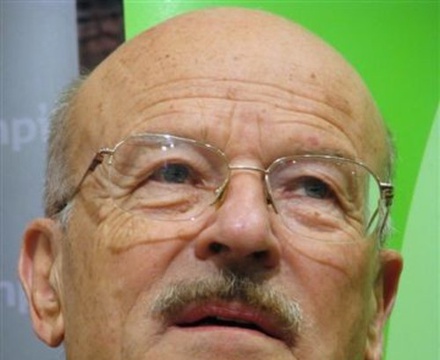 From Wikipedia, the free encyclopedia Volker Schlöndorff (born 31 March 1939 in Wiesbaden, Germany) is a Berlin-based German filmmaker. He won an Oscar as well as the Palme d'or at the 1979 Cannes Film Festival for The Tin Drum (1979), the film version of the novel by Nobel Prize-winning author Günter Grass. In 1991, he was the Head of the Jury at the 41st Berlin International Film Festival. Schlöndorff has adapted many literary works for his movies, including some critically well-received US productions, but he is also engaged in post-war German politics. He served as the chief executive for the UFA studio in Babelsberg. Schlöndorff also teaches film and literature at the European Graduate School in Saas-Fee, Switzerland, where he conducts an Intensive Summer Seminar. He was married to fellow film director Margarethe von Trotta from 1971 to 1991. He is currently married to Angelika Schlöndorff, and the couple has one daughter. Description above from the Wikipedia article Volker Schlöndorff, licensed under CC-BY-SA, full list of contributors on Wikipedia.