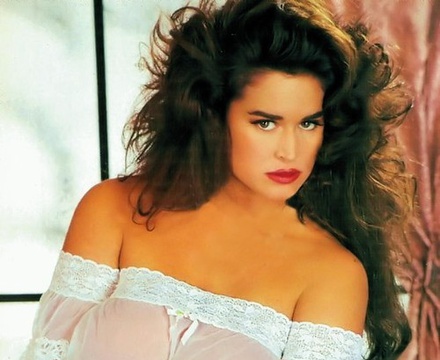 Tawny Peaks was the stage name of an adult entertainer. She is now retired from big-bust modelling and stripping and is a housewife in Michigan.

In 1998, Peaks won an arbitrated case against a Florida physical therapist who had sued her, claiming he suffered from whiplash because she swung her breasts (the size of which was variously reported at the time as 60HHH and 69HH) into his face while dancing at a club his friends had taken him to for his bachelor party. The man said that her breasts were hard like cement blocks. The case went on television to The People's Court where former New York City Mayor Ed Koch was the arbiter. After having Peaks appraised by a female bailiff, Koch ruled in favor of Peaks, saying that the breasts were "about two pounds each and of average firmness", and not dangerous

She retired in 1999, and subsequently had her implants removed, and auctioned them on eBay. One of the implants was bought by internet casino company GoldenPalace.com for $16,766US.