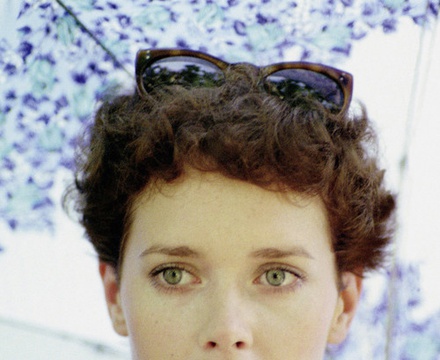 Sylvia Kristel was born in Utrecht, Netherlands on September 28, 1952 to father Jean-Nicholas and mother Piet. She is known as being Dutch model, singer and actress. From her autobiography wrote in 2006 results that she was sexually abused in her childhood by a guest of her family hotel. Is it also seen with the naked eye that she doesn’t want to detail the unfortunate event. Leaving home two daughters, Sylvia and her little sister Marianne Jean-Nicholas decide to go with another woman and soon to divorce his wife Piet. This event was related in Sylvia autobiography as being the saddest event of her life.

Sylvia career began with this first job as a model at the age of 17. Soon she won the Miss TV Europe contest. Because of her ability to speak different languages as Dutch, French, German, English, and Italian she attend in 1974 the film production playing a role in the most successful French film ever, Emmanuelle. After this end other films followed: Lady Chatterley’s Lover, Mata Hari, Private Lessons, Get Smart and The Nude Bomb. Sylvia Kristel won an award in New York at the Tribeca Film Festival for directing the animated short film: Topor and Me. Her biography: Nue (Nude) after it was published in French it was translated into English under the name Undressing Emmanuelle: A Memoir by Fourth Estate. Sylvia Kristel had a son, Arthur with Belgian Hugo Claus. Sylvia leaved Hugo for Ian McShane. After two years in this relationship Sylvia came in defamation, started to use cocaine and then other drugs and also alcohol. After McShane she had hot very happily two marriages and after that she spends the most time of her life with the Belgian Fred De Vree.

In 2005 Sylvia Kristel was diagnosed with throat cancer as a result of a heavy smoker life. Description above from the Wikipedia article Sylvia Kristel, licensed under CC-BY-SA, full list of contributors on Wikipedia

Documentary about the Emmanuelle movies, looking at their making as well as their social and cultural impact.