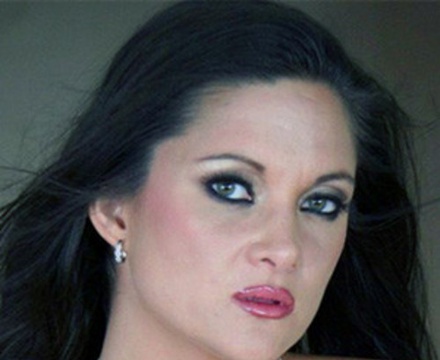 This brown-eyed brunette was born in Louisiana and that Southern charm is visible in all of her scenes. Stephanie is 5'7 and weighs 110 lbs. She has kept her natural B-cup boobs all her career and with them, her measurements are 36-24-34. She has also worked under the name China Cat, if you want more of her. And you will.