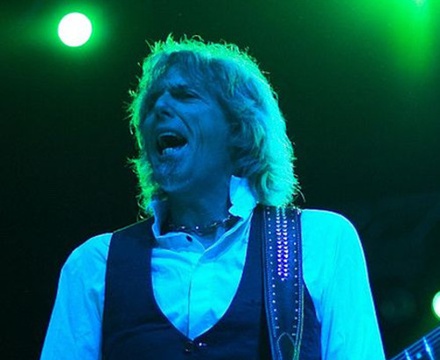 Scott Gorham (born William Scott Gorham on March 17, 1951 in Glendale, California) is an American guitarist and songwriter who rose to international recognition as one of the "twin lead guitarists" of the Irish-formed rock band, Thin Lizzy. Although not a founding member of Thin Lizzy, he is best known for his continuous membership after joining in 1974 through the band's breakup in 1984. Gorham and guitarist Brian Robertson, both hired at the same time, marked the beginning of the band's most critically successful period, and together developed the "twin lead guitar" makeup of the band that distinguished its sound with dual backing vocals as well.

Since 1996 onward, with a different lineup, Gorham has continued to perform with Thin Lizzy on guitar and backing vocals, and, as in years past, he has contributed to the band with songwriting material written or co-written with other band members.

Description above from the Wikipedia article Scott Gorham, licensed under CC-BY-SA, full list of contributors on Wikipedia.