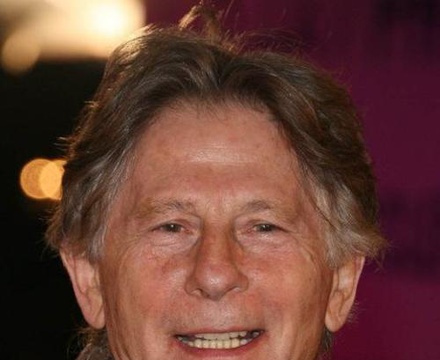 Roman Polanski (born 18 August 1933) is a Polish-French film director, producer, writer and actor. Born in Paris to Polish parents, Polanski relocated with his family to Poland in 1937. After surviving the Holocaust, he continued his education in Poland and became a critically acclaimed director of both art house and commercial films. Polanski's first feature-length film, Knife in the Water (1962), made in Poland, was nominated for an Academy Award for Best Foreign Language Film. He has since received five more Oscar nominations, and in 2002 received the Academy Award for Best Director for his film, The Pianist. He has also been the recipient of two Baftas, four Césars, a Golden Globe and the Palme d'Or. He left Poland in 1961 to live in France for several years, then moved to the United Kingdom where he collaborated with Gérard Brach on three films, beginning with Repulsion (1965). In 1968 he moved to the United States, immediately cementing his burgeoning directing status with the 1968 groundbreaking Academy Award winning horror film Rosemary's Baby.

In 1969, Polanski's pregnant wife, Sharon Tate, was murdered while staying at the Polanski's Benedict Canyon home above Los Angeles by members of the Manson Family. Following Tate's death, Polanski returned to Europe and spent much of his time in Paris and Gstaad, but did not make another film until he filmed Macbeth (1971) in England. The following year he went to Italy to make What? (1973) and subsequently spent the next five years living near Rome. However, he traveled to Hollywood to direct Chinatown (1974) for Paramount Pictures, with Robert Evans serving as producer. The film was nominated for eleven Academy Awards, and was a critical and box-office success; the script by Robert Towne won for Best Original Screenplay. Polanski's next film, The Tenant (1976), was shot in France, and completed the "Apartment Trilogy", following Repulsion and Rosemary's Baby.

In 1977, after a photo shoot in Los Angeles, Polanski was arrested for the sexual abuse of a 13 year old girl. He was charged with rape but pleaded guilty to unlawful sex with a minor. To avoid sentencing, Polanski fled to his home in London, and then moved on to France the following day. He has had a U.S. arrest warrant outstanding since then, and an international arrest warrant since 2005.

Polanski continued to make films such as The Pianist (2002), a World War II-set adaptation of Jewish-Polish musician Władysław Szpilman's autobiography of the same name, which echoed some of Polanski's earlier life experiences. Like Szpilman, Polanski escaped the ghetto and the concentration camps while family members were killed. The film won three Academy Awards including Best Director, the Cannes Film Festival's Palme d'Or, and seven French César Awards including Best Picture and Best Director. He then released the successful films Oliver Twist (2005), To Each His Own Cinema (2007), and The Ghost Writer (2010), completed while under house arrest.

In September 2009, Polanski was arrested by Swiss police, at the request of U.S. authorities, when he traveled to receive a lifetime achievement award at the Zurich Film Festival.In October 2009, the U.S. requested his extradition; however, on July 12, 2010, the Swiss rejected that request and instead declared him a "free man" after releasing him from custody.