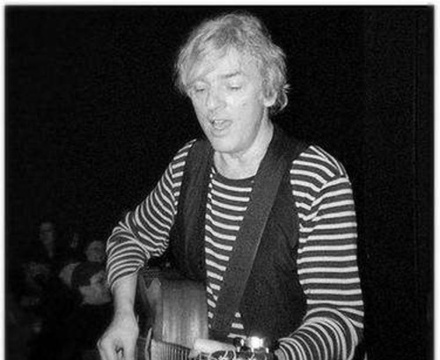 Robyn Rowan Hitchcock (born 3 March 1953) is an English singer-songwriter and guitarist. While primarily a vocalist and guitarist, he also plays harmonica, piano and bass guitar.

Coming to prominence in the late 1970s with The Soft Boys, Hitchcock afterward launched a prolific solo career. Hitchcock's musical and lyrical styles have been influenced by the likes of Bob Dylan, John Lennon and Syd Barrett. Hitchcock's lyrics tend to include surrealism, comedic elements, characterisations of English eccentrics, and melancholy depictions of everyday life.

He was signed to two major American labels (A&M Records, then Warner Brothers) over the course of the 1980s and '90s, but mainstream success has been limited. Still, he has maintained a loyal cult following and has often earned strong critical reviews over a steady stream of album releases and live performances.

Description above from the Wikipedia article Robyn Hitchcock, licensed under CC-BY-SA, full list of contributors on Wikipedia.​