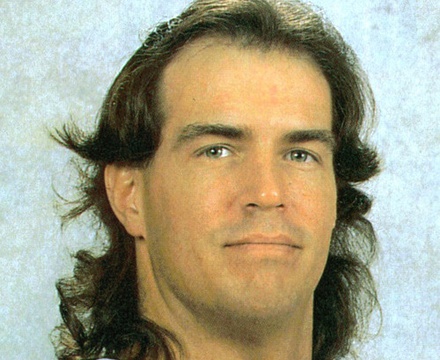 Robert William "Bob" Howard is an American professional wrestler. He is best known for his 15-year stint with the World Wrestling Federation/World Wrestling Entertainment (WWF/E) under the ring names Thurman "Sparky" Plugg, Bob Holly, Bombastic Bob and Hardcore Holly. After debuting in 1990, Holly worked for Smoky Mountain Wrestling and other independent promotions, before joining WWE full-time in 1994. Initially portraying the character of a NASCAR driver, Thurman "Sparky" Plugg, his name was soon changed to Bob "Spark Plug" Holly, before forming a team with Bodacious Bart, known as The New Midnight Express in 1998. After becoming known simply as "Hardcore Holly" in 1999, he was joined by on-screen cousins, Crash and Molly. In 2002, he suffered a broken neck, which sidelined him for over a year. Upon his return, he engaged in minor feuds with wrestlers such as Mr. Kennedy and Rob Van Dam, before forming a tag team with Cody Rhodes in 2007. Holly was released from WWE in 2009. During his career, Holly has held the WWF/E Hardcore Championship six times, the WWF/E Tag Team Championship three times (with 1–2–3 Kid, Crash Holly and Cody Rhodes), and the NWA World Tag Team Championship once with Bart Gunn.